The one-off Focus RS livery was the winning design from a competition for players of the Forza Horizon 2 open-world racing game, organised by global gaming website IGN. 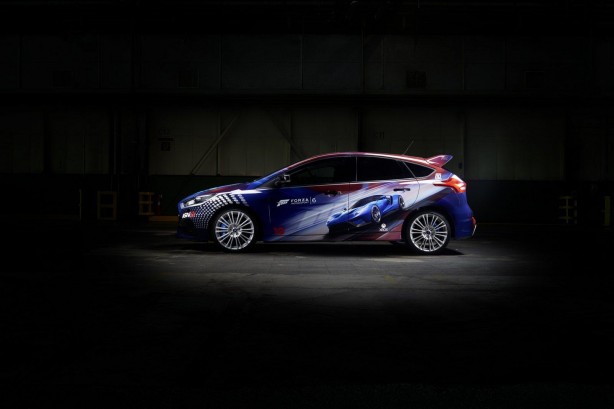 The special Forza Focus RS was driven to the event – and accompanied during the evening – by the Stig from BBC’s Top Gear, who will feature in the new Forza Motorsport 6 game. 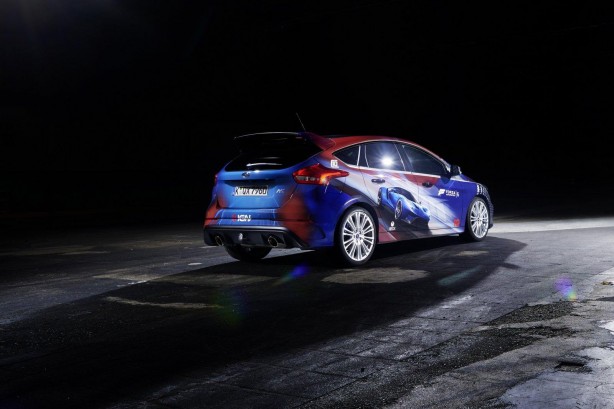 Ford also has joined with Microsoft to feature the all-new Ford GT ultra-high-performance supercar in Forza Motorsport 6, the latest title in the acclaimed racing simulation franchise for Xbox.

Forza Motorsport 6 makes its European debut at Gamescom before going on sale later this year, and visitors to the event will be able to view the all-new Ford GT – the game’s cover star. Gamescom – the largest interactive games trade fair in Europe – takes place August 5-9. 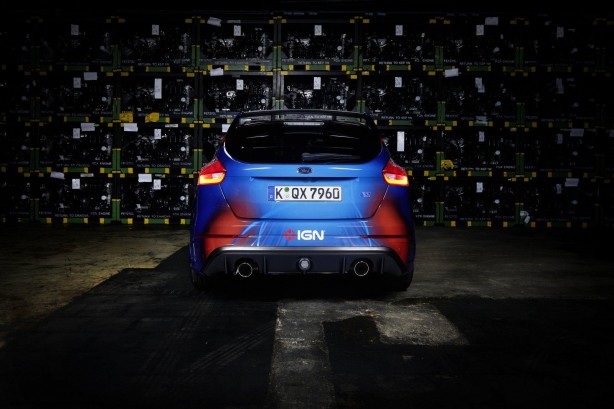 The pinnacle of the Ford Performance line-up, the all-new Ford GT uses an aerodynamic carbon fibre body and fuel-efficient twin-turbocharged V6 EcoBoost engine to deliver one of the best power-to-weight ratios of any production car. The state-of-the-art Ford GT chassis features an active racing-style torsion bar and pushrod suspension, with adjustable ride height, and carbon-ceramic brake discs. The new GT will one of the most exclusive Ford vehicles ever with limited volume sold around the world.

“In Forza Motorsport 6, racing and gaming enthusiasts all over the world will be the first to experience Ford’s new ultra-high-performance supercar, the Ford GT,” said Dan Greenawalt, creative director at Turn 10 Studios in Redmond, Washington, U.S. “In Cologne we’re excited to showcase the real all-new Focus RS clad in a special paint scheme created by the Forza community. During Gamescom, gamers will also get to see the Forza Motorsport 6 cover-car Ford GT in person.”