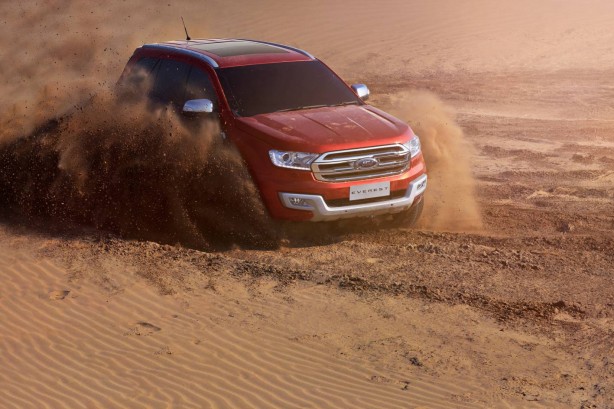 Ford has released new exterior and interior photos of the Australian-developed 2015 Everest. Set to arrive in showrooms this October, the Ford Everest is set to take on the segment-leading Toyota Prado and heavily refined all-new Mitsubishi Challenger.

The Everest, along with the recently launched Mondeo and forthcoming Mustang, is tasked to change Ford’s brand perception in Australia in the lead up to the cease of local manufacturing from October next year.

While the Everest and the Ranger share the same platform, Ford is quick to insist that the two models are vastly different in terms of drivetrain and suspension set-ups. In fact, according to Ford, everything in the Everest from the A-pillar back is unrelated to the Ranger. 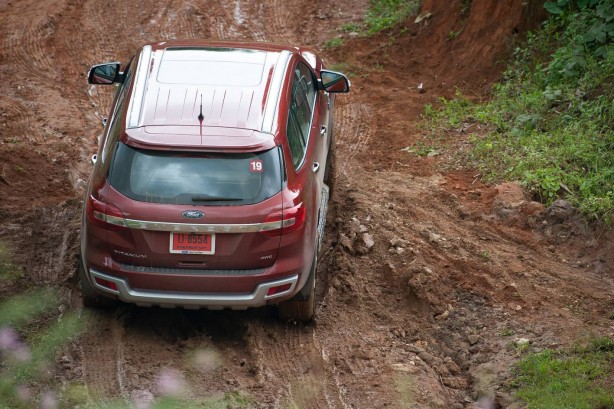 The advanced four-mode Terrain Management System is said to deliver a balance of off-road capability with refined on-road driving characteristics. There are 4 settings: Normal; Snow/Mud/Grass; Sand; and Rock, each providing the optimum traction for the road conditions. There are also an electronic locking rear differential and torque-on-demand via an active transfer case that detects wheel speeds with clutches controlling torque split front to rear.

Another advanced technology is the Curve Control Technology, designed to maximise security on winding roads. Curve Control senses when a vehicle is entering a curve too quickly, and can apply four-wheel smart braking to reduce vehicle speed.

The range boasts a towing capacity of up to 3,000kg and water wading depth of up to 800mm, making it one of the most capable in its class.