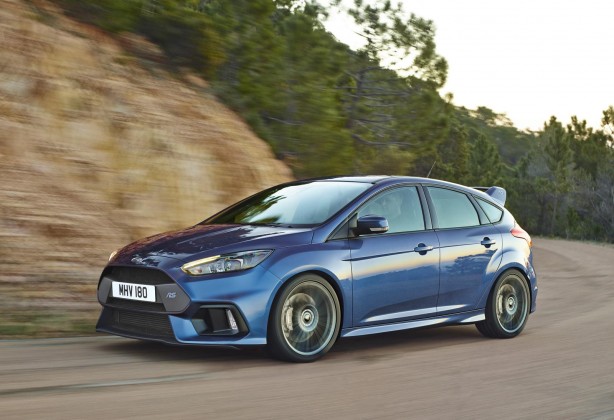 Ford has finally disclosed the power output of the Focus RS, ahead of its first public outing at the Goodwood Festival of Speed in the UK this weekend.

The new 2.3-litre EcoBoost turbocharged four-cylinder engine that powers the Ford Focus RS will offer 257kW and 440Nm available between 2,000 and 4,500 rpm, with another 30Nm available for up to 15 seconds when the overboost function is activated.

Ford will demonstrate the performance of the all-new Focus RS to the public for the first time at the 2015 Goodwood Festival of Speed, U.K., where Ken Block – Gymkhana and World Rallycross star – will tackle the famous Hillclimb at the wheel of a prototype car. 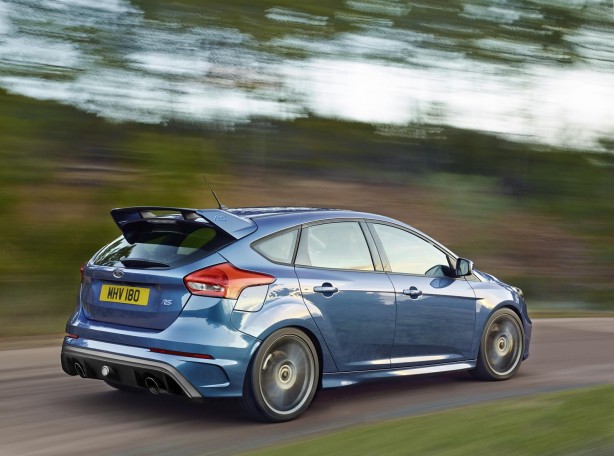 “We promised enthusiasts a serious driving machine and, with 350 PS under the hood, that is exactly what we will deliver,” said Dave Pericak, global director, Ford Performance. “The stunning pace and innovative technology of the all-new Focus RS place it head-to-head with performance models from luxury and exotic marques, and it’s ready for the challenge.”

The new 2.3-litre EcoBoost engine for the all-new Focus RS shares its fundamental structure with the all-aluminium four-cylinder engine in the all-new Ford Mustang. The engine has been significantly upgraded for the Focus RS to deliver 10 per cent more power. 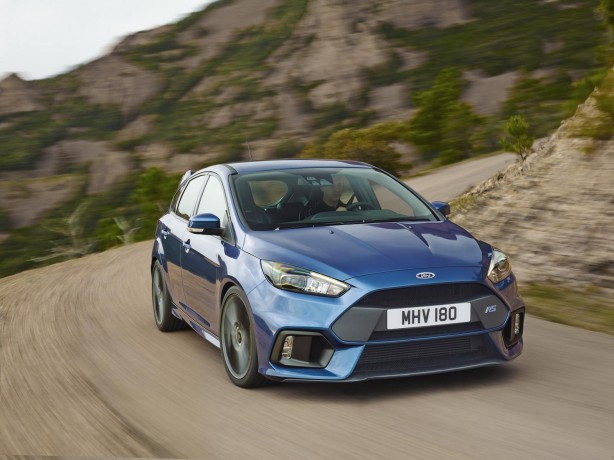 Increased power is generated by a new low-inertia twin-scroll turbocharger with larger compressor that delivers significantly greater air flow, along with a much bigger intercooler to maximise charge density. Engine breathing also is enhanced through a less restrictive intake design, and a large-bore high performance exhaust system with an electronically controlled valve in the tailpipe that helps optimise the balance of back pressure and noise output.

Engine cooling also has been given the highest priority, with engineers creating additional space within the front of the vehicle to house a significantly larger radiator pack – the biggest ever fitted to a Focus – which provides the level of cooling demanded for intense circuit driving.

The Ford Focus RS is one of 12 new performance vehicles the Blue Oval will bring to customers globally through 2020 as part of a new era of Ford performance, and will be available for delivery to European customers from early 2016.