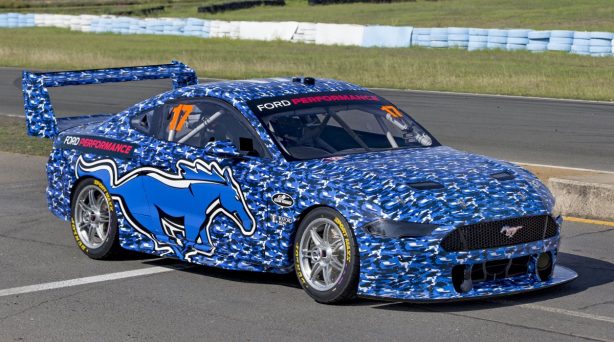 The Ford Mustang has completed its inaugural test as a fully-fledged Supercar ahead of its first race in the 2019 Australia Supercars Championship. The 2019 Mustang Supercar completed its first laps at Queensland Raceway, Ipswich, ahead of its official homologation for the 2019 season, where it will replace the Ford Falcon.

“Today is a significant step towards an exciting 2019 for the Ford Mustang,” said Kay Hart, President and CEO, Ford Australia and New Zealand. “Mustang belongs on the racetrack, and today showed a glimpse of the 2019 car ahead of its first season. The teams are doing a fantastic job in ensuring the Mustang not only makes the grid, but is a competitive, high performance package.”

A partnership between DJR Team Penske, Ford Performance, Ford Australia and Tickford Racing, the 2019 Mustang was driven by DJR Team Penske driver, and current Supercars Championship leader, Scott McLaughlin. “What an honour to be the guy to drive the very first laps of the new Mustang,” said McLaughlin following the test. “Not only does it just look right, and sound awesome, but it feels right too – in terms of balance, settings – we’re starting off a great base as we develop the car for next year.” 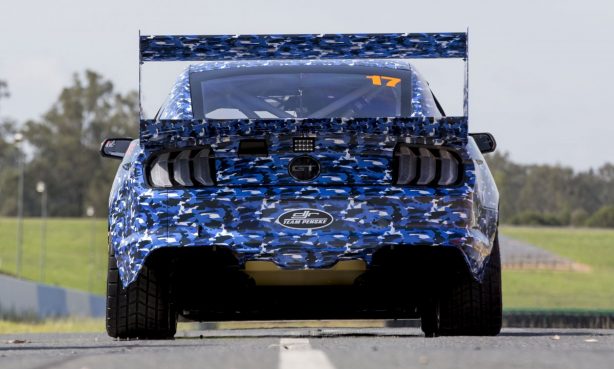 McLaughlin and fellow DJR Team Penske driver, Fabian Coulthard, shared driving responsibilities during a rigorous day of testing around the 3.1-kilometre layout. “It’s been a very productive day for us,” said DJR Team Penske manager, Ryan Story. “While the Mustang tugs at your emotions, the reality for us is that we have a job to do, and we have to get this right for the teams, the championship.”

Tickford Racing team principal, Tim Edwards, said the signs were positive. “It’s very early stages, but the car is shaping up extremely well, and we’re keen for the next test,” he said. “The Mustang resonates with fans, and we know that circulating won’t be enough – Mustang has to be gunning for race wins, championships and of course Bathurst, and everyone involved is working tirelessly to make this happen. It’s a great team effort.” 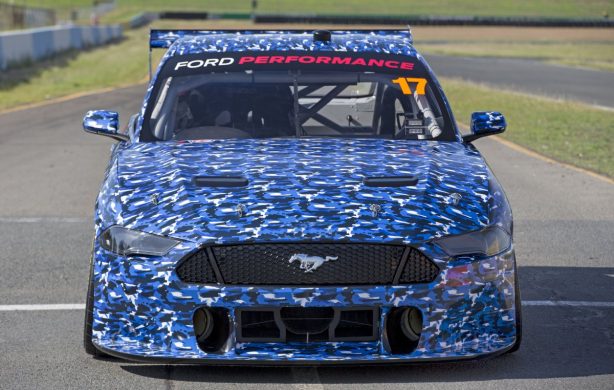 Ford Performance Supercars Lead Aerodynamicist, Sriram Pakkam, echoed the collaborative effort that has led to Mustang’s first test. “There’s nothing quite like having the Mustang – an actual race car on an actual track – to see the effectiveness of what we’ve done, and where we need to work on the car. It’s great to be part of such a significant model, and at a great time for Mustang in racing programs across the globe.”

“The Mustang Supercar is absolutely amazing,” said Mark Rushbrook, Ford Performance Global Motorsports Director. “It joins the Mustang GT4, which we had the honour of showing at Bathurst this year, as well as our new NASCAR and NHRA Mustang in 2019. There’s a lot going on for Mustang, and to have the first Supercars test such a productive and rewarding step, fans have a lot to look forward to.”

The Ford Mustang will take to the track at the first round of the 2019 Supercars Championship at the Superloop Adelaide 500 from February 29 to March 3, 2019, signalling the return of the Mustang to competitive racing after a hiatus of more than three decades. 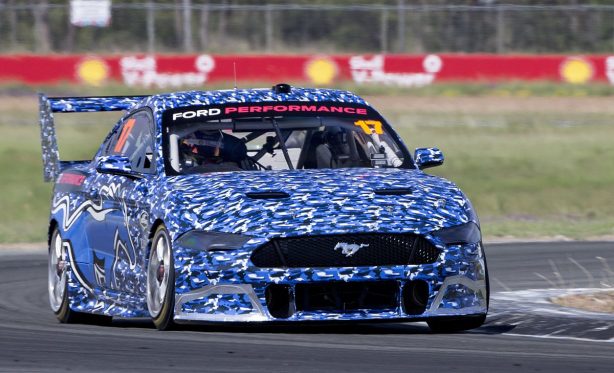