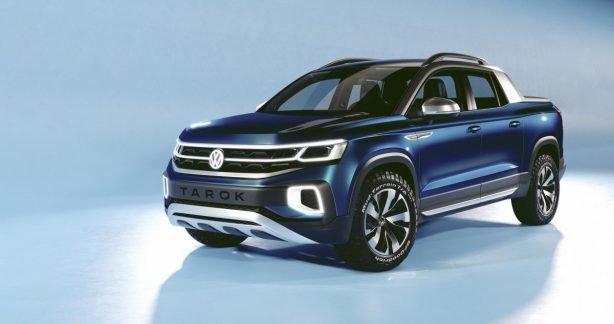 Volkswagen has taken the wraps off its latest entrant in the burgeoning pickup market, the new Tarok pickup concept, at the Sao Paulo International Motor Show in Brazil.

While officially a concept, it’s anything but, as the Amarok’s little brother looks almost production ready to our eyes. Volkswagen even confirms that it “will soon be launched on the Brazilian market, with barely any changes”. 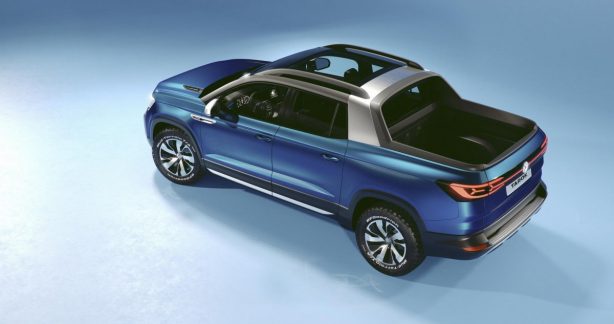 The burning question we like to know is whether the small VW pickup will make it to Australia. From the press release, it appears there is a possibility: “the avant-garde pickup also has the potential to boost Volkswagen’s model range in other global markets.”

Volkswagen says the Tarok Concept is the first pickup to combine the style of an urban SUV with rugged off-road design. The company also describes the Tarok as a combination between a “digitally networked SUV” and a “cleverly designed five-meter pickup.” 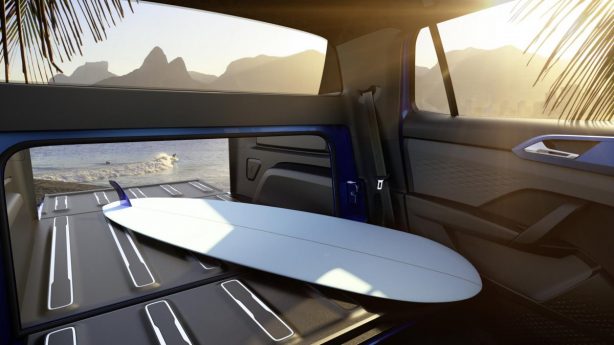 One of the Tarok’s most innovative features is its variable loading area which extends into the cabin, thanks to the folding rear panel. As a result, the pickup is capable of hauling around one tonne.

Inside, the concept features a car-like dashboard with digital instruments, a large central touchscreen covered in glass and even digital climate control hidden behind a plastic cover. The entire length of the dash panel is also covered in a colour-keyed crossbar in Cypress Metallic. The Tarok Concept sits on Volkswagen’s versatile MQB passenger platform is powered by a 110kW 1.4-litre four-cylinder TSI engine, which can be driven in Brazil as a TotalFlex Fuel Unit both with pure ethanol (E100) as well as petrol-ethanol blend (E22). The engine is married with a 6-speed automatic and permanent 4MOTION all-wheel drive.

Volkswagen says the series production model will start out with a 2.0-litre turbo-diesel engine that also delivers 110kW.

What do you think? Would you like to see this in Australia?

This insane virtual Volkswagen Golf GTI could soon morph into a real-life machine, thanks to …