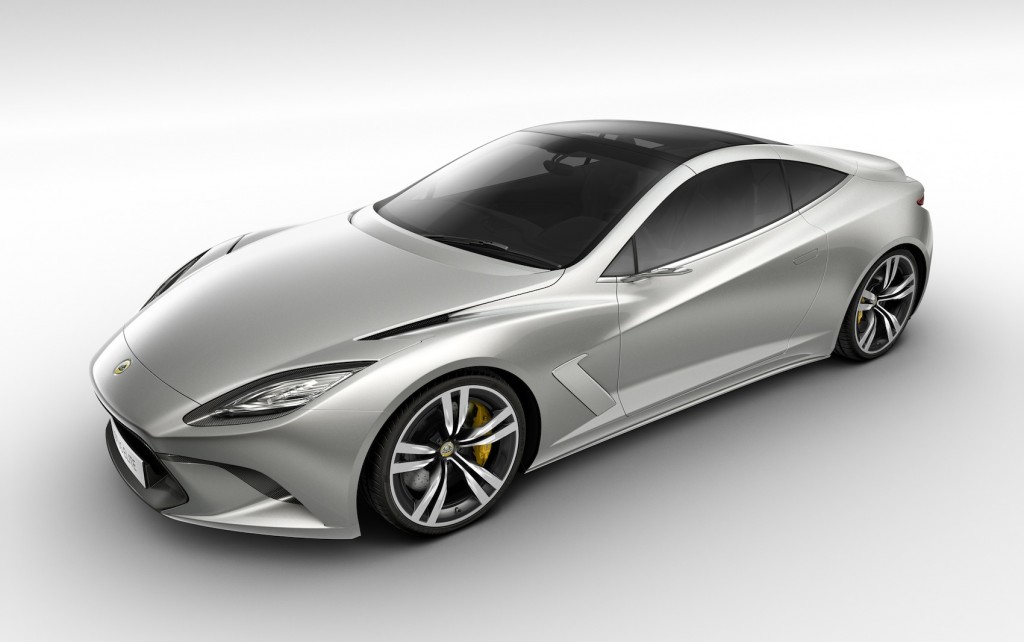 Lotus, the little British (only in name as it is owned by Malaysian car maker, Proton) sports car maker known for its feather weight sports cars are about to be supersized.

Lotus will debut Elite GT prototype at the Paris Motor Show. The 2+ 2 weighs in at 1,650kg and will borrow its ‘heart’ from the Lexus IS-F. The 5.0-litre V8 which produces 456kW or 611 horsepower will be a tuned version of the supercars power plant. This isn’t surprising at all given Lotus’ collaboration with Lexus’ parent company, Toyota.

Here’s an excerpt from the Lotus press release:

“So here it is, the Lotus Elite, the first taste of what’s to come from Lotus in the future. Look up elegant in the dictionary and you’ll find variations on the following

2. Superb taste in design, style and

3. Something elegant; the ultimate refinement.”

With an expected retractable roof like Porsche’s Targa, and from early pictures of the prototype, the Elite will be one of Lotus’ best efforts to date. This will inject much needed boost to Lotus’ product line up. Sales of Lotus cars has plummeted drastically in recent years with lack of new products until the recently release Evora. The new design is refreshing; with some good detailing such as those vertically stacked triangular tail pipes. From profile, there is a hint of Maserati Gran Turismo.

The Elite is also expected to come with alternative power plant like a hybrid and KERS (Kinetic Energy Recovery System).

“[The Elite is] a car that over-delivers in all other aspects…One could say it’s a car of perfect contradictions; it’s compact yet spacious, high performing yet low emitting, lightweight yet still reassuringly solid…Make no mistake, there’s a definite market requirement for the Elite… It’s worth noting this sector has been very successful for us in the past and now the Elite raises the benchmark higher still.” Group Lotus CEO Danny Bahar said.

“Whilst the vehicle shown in this release is a Production Intent Prototype, it represents a concept vehicle being designed and developed by Lotus Cars. Lotus Cars reserves the right to change the external and internal design of the Production Intent Prototypes, the specification, performance, dimensions, weight, fuel consumption, power train details and any other product information at anytime and without notice for any reason whatsoever.

The design, specification and performance figures for all Production Intent Prototypes will be confirmed following official testing and will be available from Lotus Cars.”