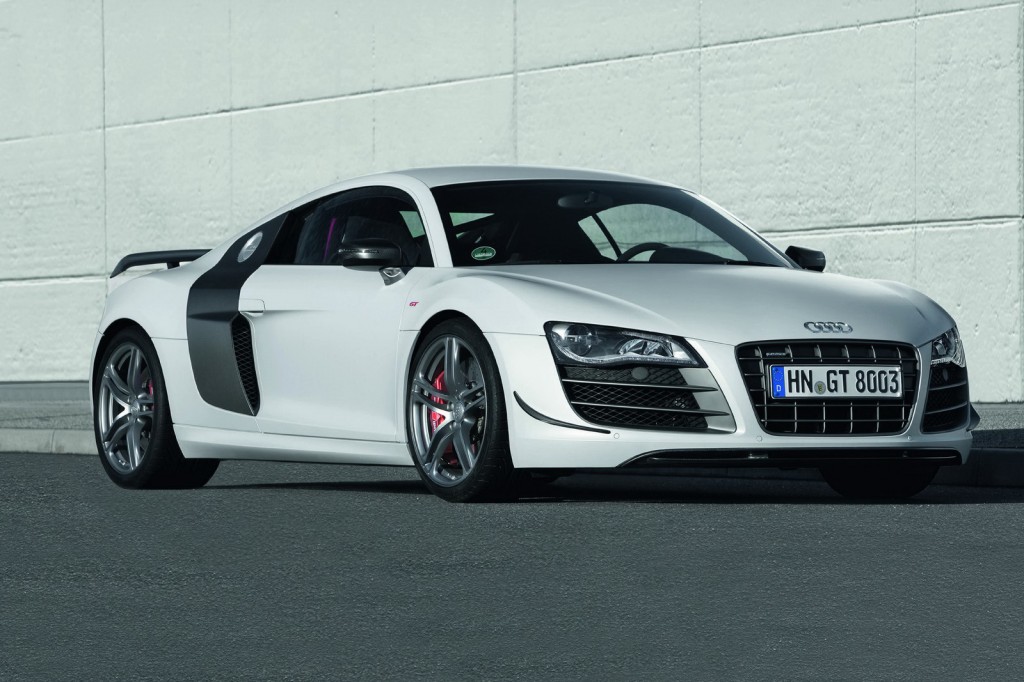 Just as official photos of the new BMW 6 series finally surfaced, Audi has also released official photos of its upcoming flagship version of the R8, the GT. The GT will be the most powerful R8 ever, with an updated 5.2 litre V10 engine pumping 560 horsepower and 539 Nm of torque.

Apart from the power increase, the GT will also have a lighter body. With extensive use of carbon fibre and clever redesigned of some of the components, Audi engineers managed to shed about 100kg off the R8. Below is a statement from Audi released in May.

“The windshield of the R8 GT is made of thinner glass; the bulkhead between the passenger cell and engine compartment, as well as the window in the rear hatch are made of strong, lightweight polycarbonate. These three modifications saved nine kilorams (19.84 lb). The fixed rear wing is good for an additional 1.2 kilograms (2.65 lb); thinner sheet metal and additional cutouts shaved 2.6 kilograms (5.73 lb) from the aluminum hatch over the 100 liter (3.53 cu ft) luggage compartment at the front of the car.


The interior also harbored substantial weight-savings potential. The new, lightweight carpeting accounts for 7.9 kilograms (17.42 lb); the bucket seats with a chassis of glass-reinforced plastic (GRP) account for 31.5 kilograms (69.45 lb). Numerous additional detailed measures targeted the interior, the exterior and the technology, such as higher-grade, lighter steel for the exhaust system’s tailpipes.” 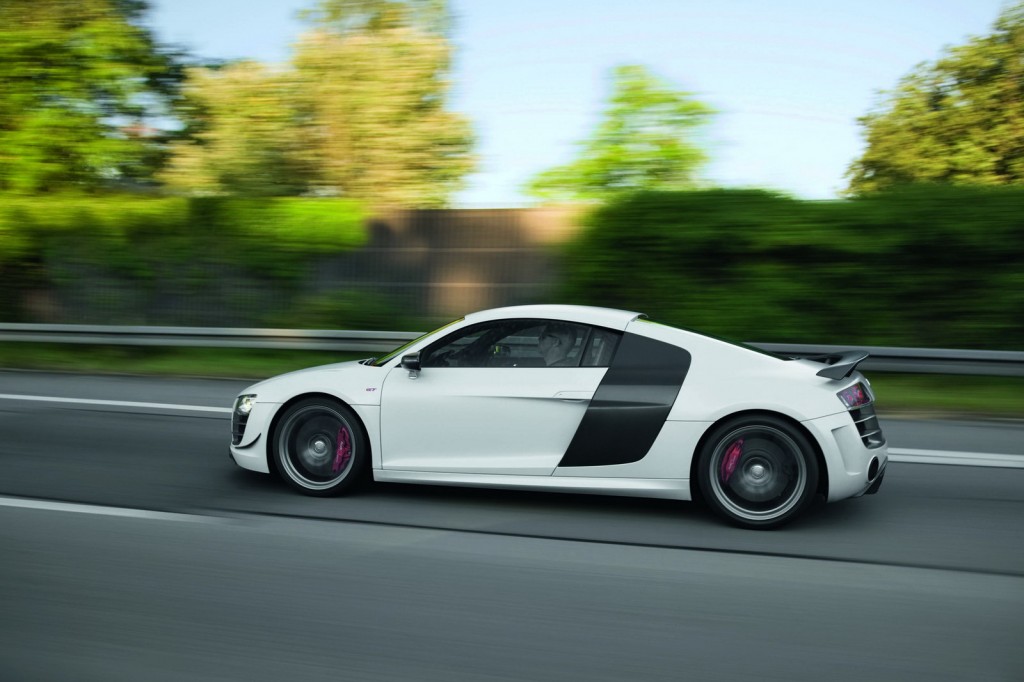 Audi has also tweaked the R8’s advanced magnetic suspension to give it a better handling and a smoother ride. Larger carbon fibre ceramic brakes are employed to further aid in stopping performance. The 19 inch wheels spot a new design which enhances the overall look of the R8. Lastly, the GT also has a few aero bits added to improve downforce such as a rear diffuser, front splitter and rear spoiler.