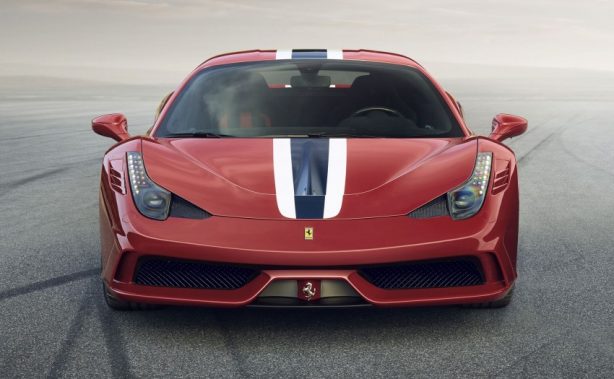 The supercar’s 4.5-litre naturally-aspirated direct-injected V8 engine has been massaged to produce an extra 26kW, up from 419kW to 445kW, peaking at 9,000rpm. Peak torque remains unchanged at 540Nm at 6,000rpm. 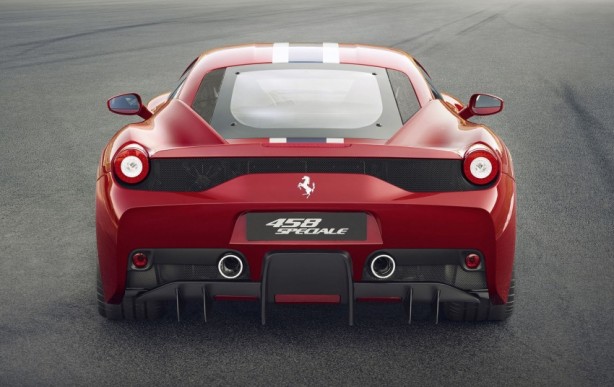 The 458 Speciale also sees the debut of new technology such as advanced active aerodynamics, which Ferrari says will eventually underpin all of its new cars in the future. Ferrari claims the 458 Speciale is the most aerodynamically efficient production car in the brand’s history, thanks to the front and rear movable aerodynamic flaps which delicately balance downforce and cut drag. It is also claimed to have the fastest response time (0.060s) and highest lateral acceleration (1.33g) ever achieved by a Ferrari road car. 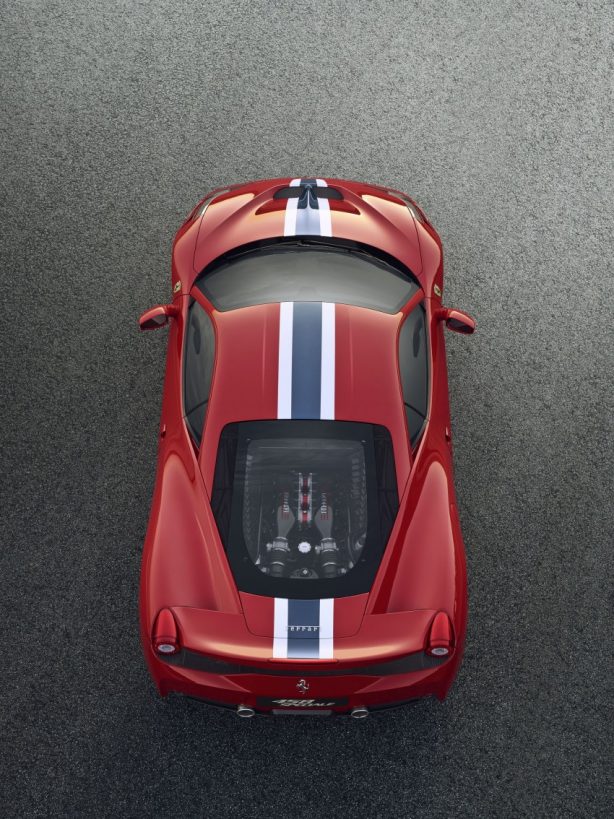 Another piece of new technology is the Side Slip angle Control system (SSC). An algorithm performs instant-to-instant analysis of the car’s side slip, compares it with the target value and then optimises both torque management (via integration with F1-Trac traction control) and torque distribution between the two wheels (via integration with the E-Diff electronic differential).

The Ferrari 458 Speciale will make its world debut at the Frankfurt Motor Show next month.