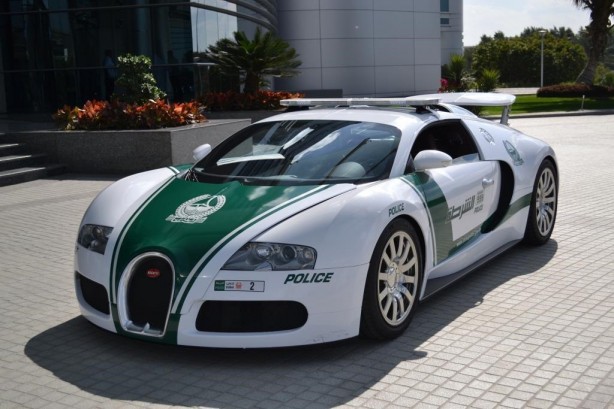 The United Arab Emirates is probably the best place to be a police officer, purely based on their extensive fleet of exotic police cars. Amongst the “toys” that the Dubai Police force gets to play with are the McLaren MP4-12C and the Mercedes G-Wagon-based Brabus B63S-700 Widestar.

Now, they have added the ultimate supercar to their ever growing fleet – the Bugatti Veyron! Wrapped in the kingdom’s green and white police livery, the Veyron’s 16-cylinders and four massive turbochargers is likely to be a poser for the police force than catching baddies.

Nevertheless, they are sure to be the envy of cops all over the world.