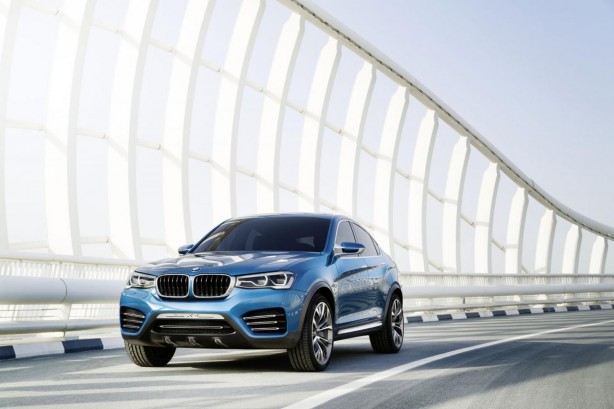 Fresh images of the new BMW X4 Concept have been released ahead of its global debut at the 2013 Shanghai Motor Show, which will open its doors to the public from 21.04.2013 – 29.04.2013. First glimpse of the X4 were provided by images leaked earlier month.

When unwrapped in Shanghai, the X4 Concept will preview the production model that will be built in Spartanburg, South Carolina, US. “The X4 Concept combines the rugged looks of a BMW X model with the emotional aura and sporting character of a BMW Coupe,” according to BMW. 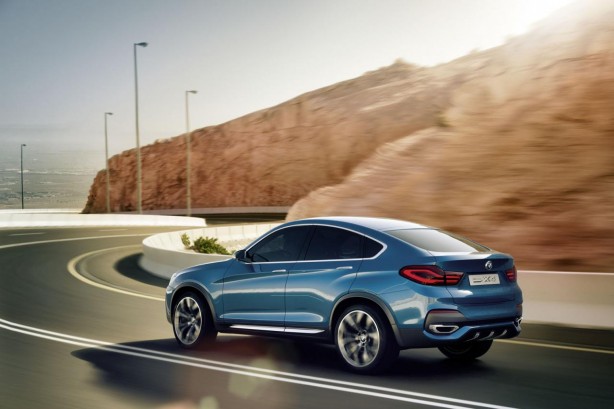 Due to enter production in 2014, the X4 will be BMW’s second and smaller coupe-liked crossover after the larger X6. The X4’s aggressive front fascia incorporate BMW’s iconic kidney grille and LED daytime running lights similar in design to BMW’s recent concepts, such as the soon to be released 4 Series.