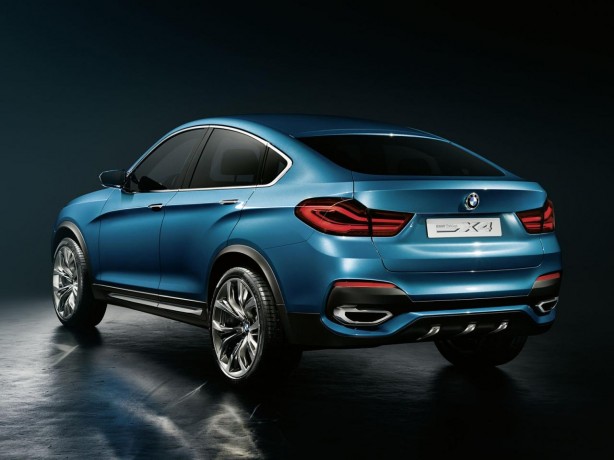 Rumours have been circulating for a while that BMW is considering a smaller sibling for the BMW X6. Now, images of the car, the BMW X4 concept, have surfaced on to the web ahead of its debut at the 2013 Shanghai Motor Show.

Judging by these first pictures, the X4 concept is almost production ready and looks strikingly similar to its bigger brother. At the front, the LED daytime running lights sport a similar design to BMW’s recent concepts, such as the soon to be released 4 Series. There’s also a highly sculpted bonnet and sporty front bumper that incorporates larger air-intakes, in keeping with BMW’s Coupe tradition. 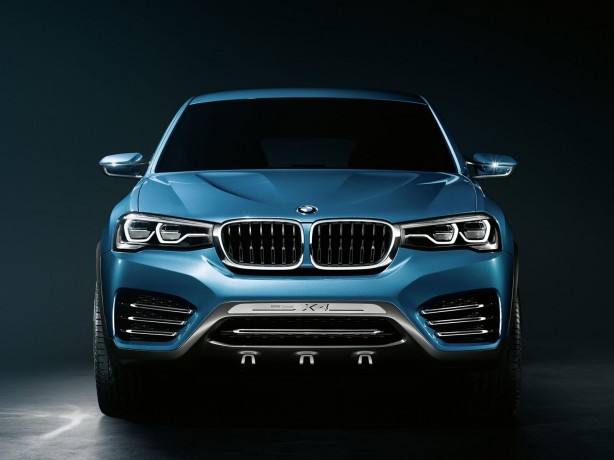 At the other end, the fast back cascades into a pair of LED taillights and rear diffusers flanked by a pair of tailpipes. 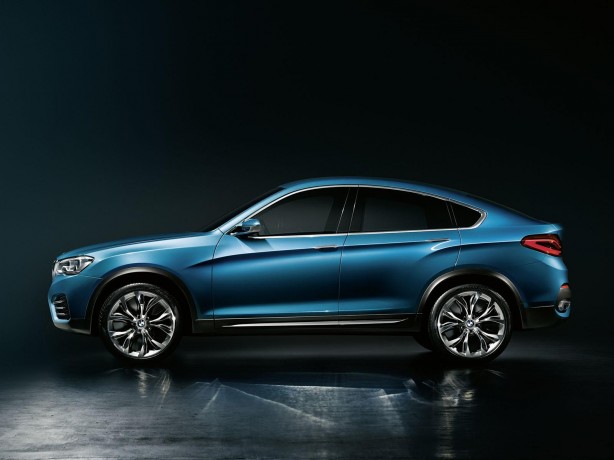 BMW hasn’t announced when the BMW X4 will go into production, but the company’s development cheif, Herbert Diess, recently confirmed the car will be launched in 2014. It will be built at BMW’s US plant in Spartanburg, South Carolina.