20yo crashed his brand new BMW M4 in Germany 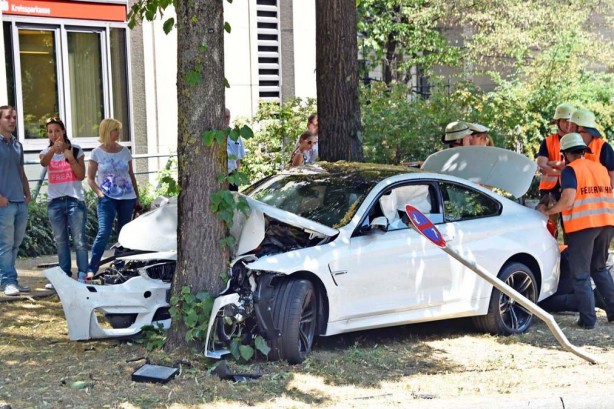 The 2014 BMW M4 has only gone on sale recently but one of the high performance coupés has already gone to car heaven.

As you can see from the photos on this page, the white M4 with black wheels is a complete write-off, with the front of the car being pushed in, while the rear axles were also damaged. 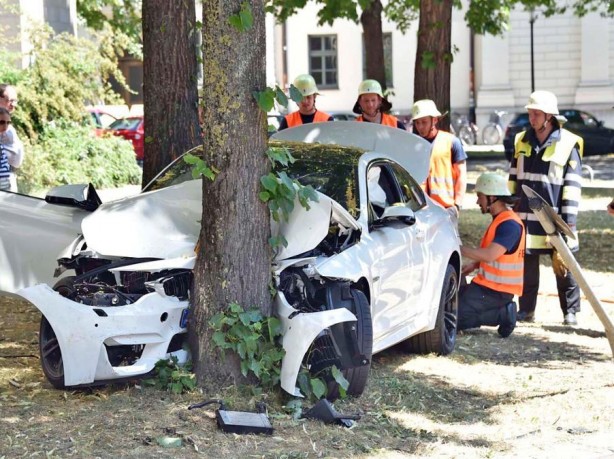 According to a German report, the accident happened in München, Germany when the car’s 20-year-old owner was speeding through a corner and he lost control and hit a traffic sign before crashing into two trees in a small park. 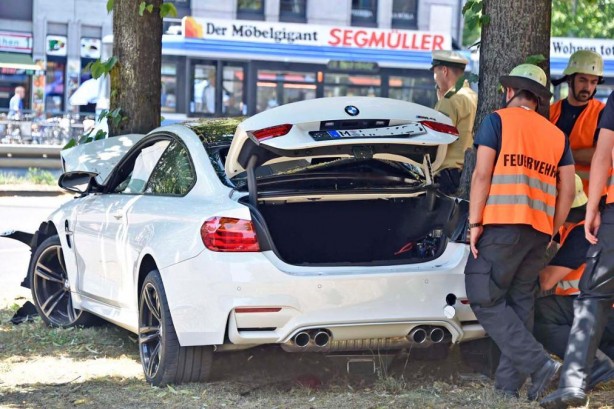 While the car sustained irreparable damage, the driver managed to walk away with only minor injuries, which is testament to the car’s passive safety credentials.

In the United States, the Association for Safe International Road Travel (ASIRT More) reported that there are about 38,000 deaths every year because of car crashes on roadways. The country has a fatality rate of 12.4 deaths in 100,000 population count. Also, an additional 4.4 million people are severely injured, which requires prompt medical attention.

According to WHO, there are about 1.35 million people worldwide who die every year because of road traffic accidents. It is the leading cause of mortality among children aged 5 to 29 years old.

With the given statistical data, it just goes to show that car crash accidents are increasing due to a lot of factors. Strengthening safe driving rules and regulations and imposing more stringent road safety measures are important both on the part of the motorist and the governments.

How a Car Accident Lawyer Can Help

As what accident Attorney Joe Stephens explains, each case should be awarded the largest settlement based on the actual harm suffered by the accident victims. While some sustain minor injuries, fatalities, like the Germany BMW M4 car accident, will leave their loved ones in deep hurt, trauma, and financial difficulty.

Here’s how a car accident lawyer can help victims of road traffic crashes:

While car accidents seem becoming too common nowadays, flooding the newspapers and digital media, facing such tragedy is difficult. Family members and victims undergo a tedious process, most especially if it involves severe damages.