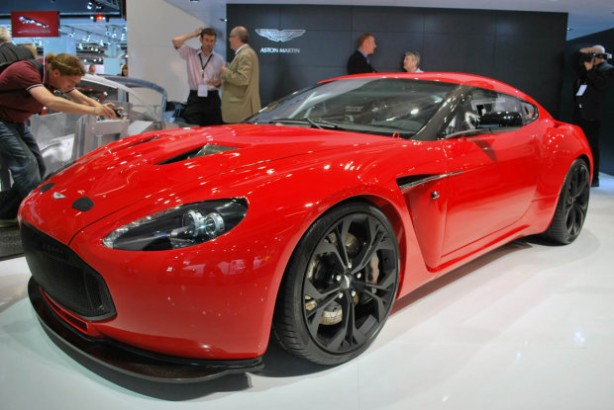 Aston Martin’s superhot V12 Zagato that made its round in the international motor show circuits last year will be hitting production soon. The first off the production line will be headed for the Middle East, at the Kuwait Concours d’Elegance that runs from 15 – 18 February.

Those lucky enough to be able to shell out the £330,000 asking price will certainly be in a very exclusive club as only 150 of the Zagato will built worldwide. 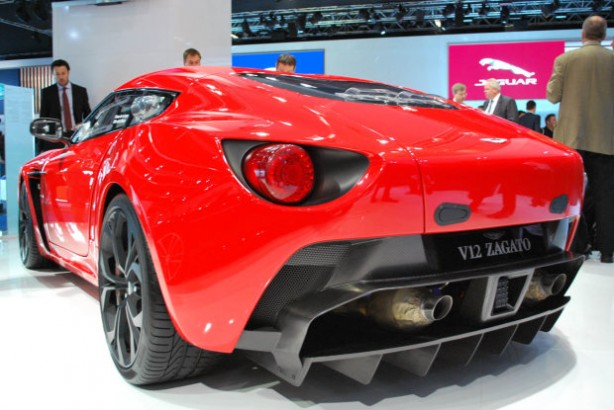 We will bring you more updates in the next few weeks but in the mean time, have a look at the Press Release below.

The Kuwait Concours d’Elegance, in its third successive year, is the only event of its type in the Middle East and plays host to some of the world’s finest automotive art from over 19 countries. Having gone from strength to strength in the past two years, this event has become the earliest of its type in what is considered by car connoisseurs as ‘the season’.

At the heart of such an established and important market for Aston Martin, the Kuwait Concours d’Elegance this year is supported by Premier International Motors Group, Aston Martin’s dealer partner in Kuwait.

Dr Ulrich Bez, CEO of Aston Martin said “We are excited to show the new V12 Zagato for the first time in production form at the Kuwait Concours d’Elegance. Over 50 years since the introduction of the iconic DB4GT Zagato, Aston Martin and Zagato have collaborated to create this modern interpretation which remains true to the original focus of craftsmanship, performance and exclusivity.”

The V12 Zagato, being built in strictly limited numbers of up to 150 cars, is due for first customer deliveries in late 2012. Carrying on the partnership between Aston Martin and Zagato that started over 50 years ago with the DB4 GT Zagato, the V12 Zagato, hand assembled at the company’s global headquarters in Gaydon, England, is based on the highly acclaimed V12 Vantage and features a beautiful hand-crafted aluminium and carbon fibre body along with a bespoke interior. Combining traditional craftsmanship and high technology, the V12 Zagato also boasts Aston Martin’s most dynamic bonded aluminium platform and the power of the company’s acclaimed 6.0-litre V12 engine producing 510 bhp (380 kW / 517 PS), and 570 Nm (420 lb ft) of torque.

Launched successfully, in prototype form, in late May 2011 at the Villa D’Este Concours on Lake Como, Italy, the V12 Zagato saw off tough competition to be awarded the coveted Design Award for the concept and prototypes class. Just a week later, the V12 Zagato made its racing debut at the at the historic Nürburgring racetrack before the two prototypes were entered into the gruelling Nürburgring 24 Hour race – both taking the chequered flag to maintain the marque’s 100% finish record in the race.

Being judged within the Kuwait Concours d’Elegance is a number of rare and historic Aston Martins from private owners across the world. One such car is an original DB4GT Zagato, one of the finest examples of the first partnership between Aston Martin and Zagato.

The spiritual inspiration for the contemporary V12 Zagato, the DB4GT Zagato came to fruition just over 50 years ago when Aston Martin sought to remove even more weight from the very special DB4GT. In the search of an ever lighter and higher performance version, Aston Martin approached Zagato, a company renowned for such projects. Managing Director, Elio Zagato and Technical Director Gianni Zagato along with a talented team managed to draft the main designs of the DB4GT Zagato in just one week. Of the original 19 DB4GT Zagato built, all still survive and are held in pride of place within some of the world’s greatest car collections.