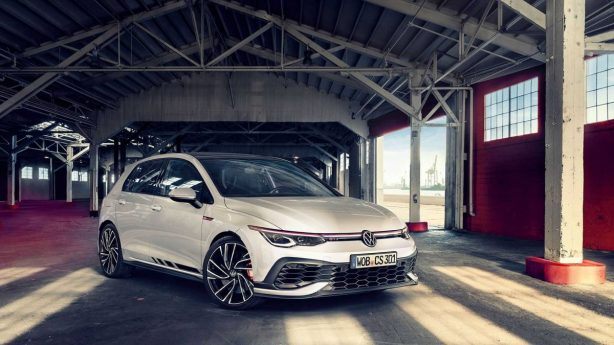 Volkswagen has announced the 2021 Volkswagen Golf Mk8 GTI Clubsport will join the refreshed range next year, offering a significant power boost over the standard version.

Churning out 221kW, the GTI Clubsport is set to take over from the previous 2020 Volkswagen Golf GTI TCR – which went on sale in Australia recently – as the most focused Golf GTI yet. 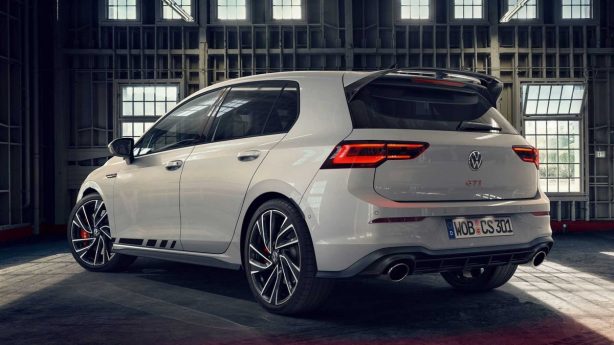 The engine is connected exclusively to a seven-speed dual-clutch transmission sending power to the front wheels. Volkswagen claims the model will hit 100km/h from a standstill in under six seconds.

To put the power to good use, the GTI’s chassis has also been returned for the Clubsport, featuring a more aggressive front wheel camber, new suspension mounts at the rear, along with a raft up other suspension tweaks. The car sits 15mm lower than the standard GTI.

Its front locking differential has been upgraded to an electromechanical unit and now incorporates the car’s Vehicle Dynamics Manager system, enabling the variable-locking diff to change depending the driving mode selected.

There are now 15 settings between Comfort and Sport that varies the characteristics of the suspension. 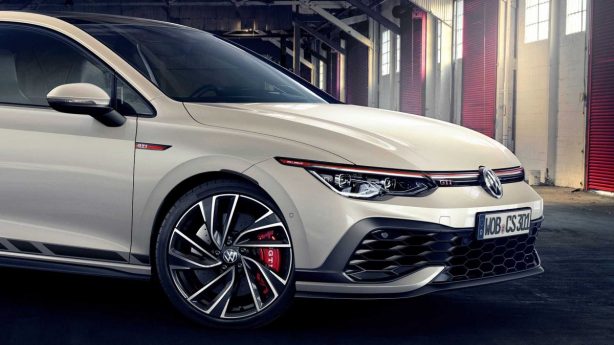 Additionally, to cater to many of its European customers who take their Golf GTI to the fame Nürburgring track in Germany, Volkswagen has created a special driving mode specifically for the circuit, which includes a softer suspension set-up more suited to the track’s surface.

Volkswagen claims the GTI Clubsport has a Nürburgring lap time of 7:54, which is still some ways off the Renault Megane RS Trophy-R’s 7:40.1. 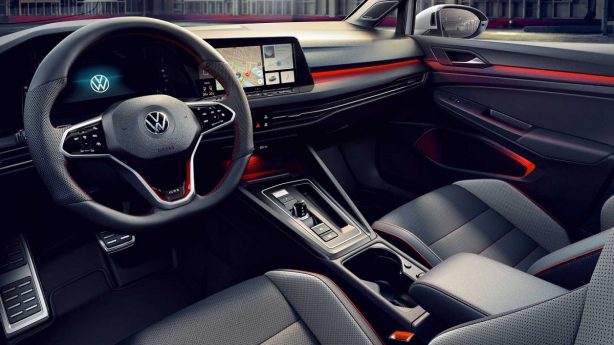 On the outside, the Clubsport can be differentiated via its larger intakes with updated front spoiler, a larger roof-mounted rear spoiler and revised rear diffuser with oval-shaped tail pipes.

Inside, the model comes fitted with microfleece fabric as standard, with leather offered as an option.

Volkswagen Australia says it currently has no plans to introduce the Golf GTI Clubsport in Australia.