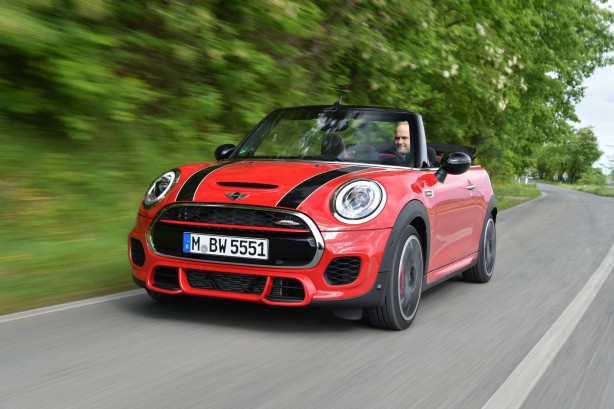 Paired with MINI’s steptronic transmission, the new Cooper can sprint from zero to 100 km/h in just 6.5 seconds (6.6 seconds: Manual) with a top speed of 242 km/h (6.5 seconds: Auto). Upper range acceleration is also improved, with 80 through to 120km/h taking just 6.1 seconds. 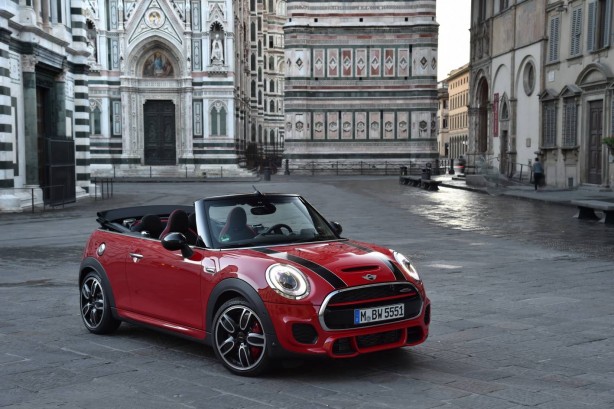 Also for the first time, the convertible will feature a fully electric roof which takes just 18 seconds to open or close. The Roof can be operated at speeds of up to 30km/h. There is also a sliding roof function which is available at any speed, allowing the front section of the top to be retracted to continuously variable levels by up to 40cm. 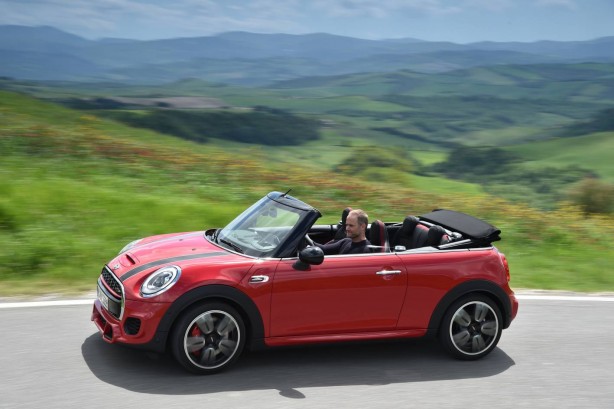 As an alternative to the standard black soft top, a MINI Yours soft top is available for the first time. It features an integrated graphic as a unique customisation option. In reference to the brand’s home country of Britain, the textile surface features a black and grey Union Jack motif in a high-end herringbone pattern.

The new convertible has progressively evolved over the years; the lines and surface features have the distinct MINI styling both with the soft top up and down. The front benefits from large circular headlamps with chrome accent rings, a new hexagonal radiator grille, side turn indicator surrounds and black periphery around the bottom edge of the body. The front section features strikingly large air inlets that reflect the high cooling requirements of the engine, its ancillary units and the brakes.

The hexagonal radiator grille at the centre of the front section has a characteristic honeycomb pattern and a cross member at the bottom edge finished in red. The John Cooper Works logo is placed here as well as on the luggage compartment lid. 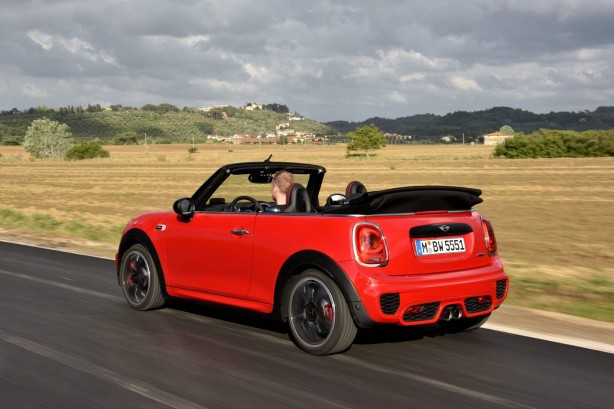 The new mini can be ordered in multiple standard paint finishes along with Rebel Green, which is exclusively available on new MINI John Cooper Works models.

As an option at no extra cost, exterior mirror caps are available in white, black or the exclusive JCW only Chili Red. The bonnet stripes are likewise an option.

MINI has not indicated pricing for the Australian delivered model, however pricing and full specifications will be available closer to its launch later this year. 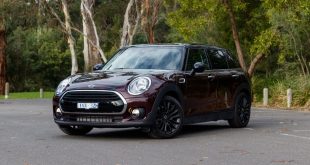