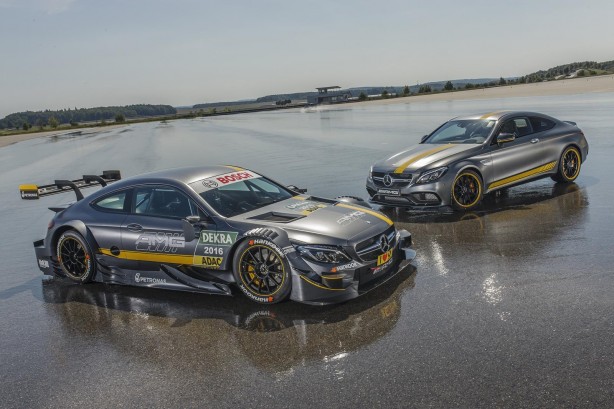 Mercedes-AMG has taken the wraps off the new C63 DTM car to be fielded by the Mercedes-AMG DTM Team in 2016 DTM season.

Compared to the series production model, the racer gets an extended wide body featuring a large front splitter, a downforce boosting prominent rear wing, vented bonnet, front and rear diffusers, aero-optimised side panels and arch-filling 18-inch alloy wheels shod in 300/680 R18 front and 320/710 R18 rears tyres. It sits on a carbon fibre monocoque chassis with double wishbones suspension with spring/damper units to the front and rear axles, actuated via pushrods. 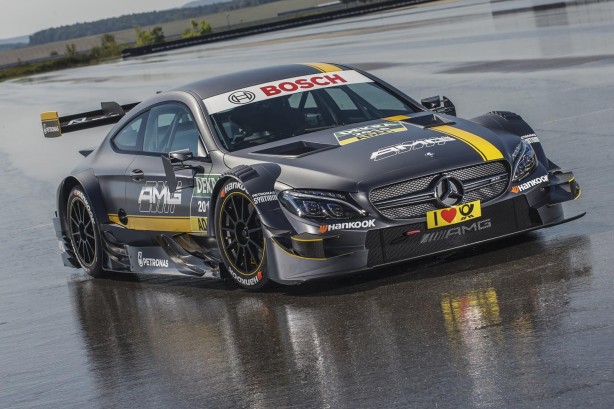 The car’s bonnet, doors, side panels, wings as well as driveshaft, brakes and the foot pedal operated three-plate clutch are all made from carbon fibre. As a result the DTM car tips the scale at just 1,120kg.

It is propelled by a tweaked version of Mercedes-AMG’s 4.0-litre V8 generating 360kW at 7,500rpm and 500Nm of torque, mated to a 6-speed transverse-mounted sequential gearbox with mechanical differential lock driving the rear wheels.

According to Mercedes, design adaptation for the DTM racer first began last year and its most striking features are the dynamic-looking headlights and twin blade grille.

The first test for the new vehicle will take place during the northern hemisphere winder as part of the preparations for the 2016 season. 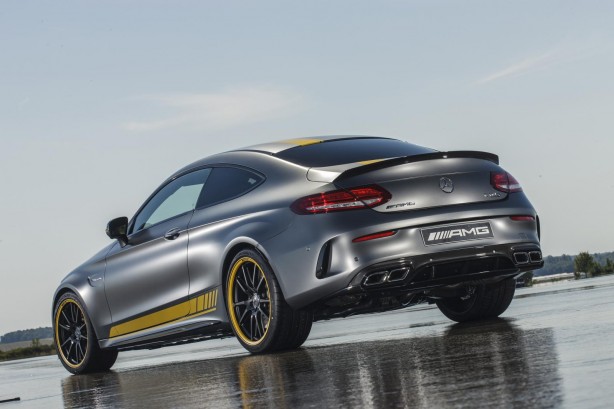 Alongside the DTM machine, Mercedes has also unveiled the road-going C63 Coupe and C63 S Coupe Edition 1 inspired by the DTM.

The S model is offered in Magno Selenite Grey matte paint with yellow film coating borrowed from the DTM racecar. The yellow sport stripes adorn the bonnet, roof, boot lid as well as the sides above the rocker panels. 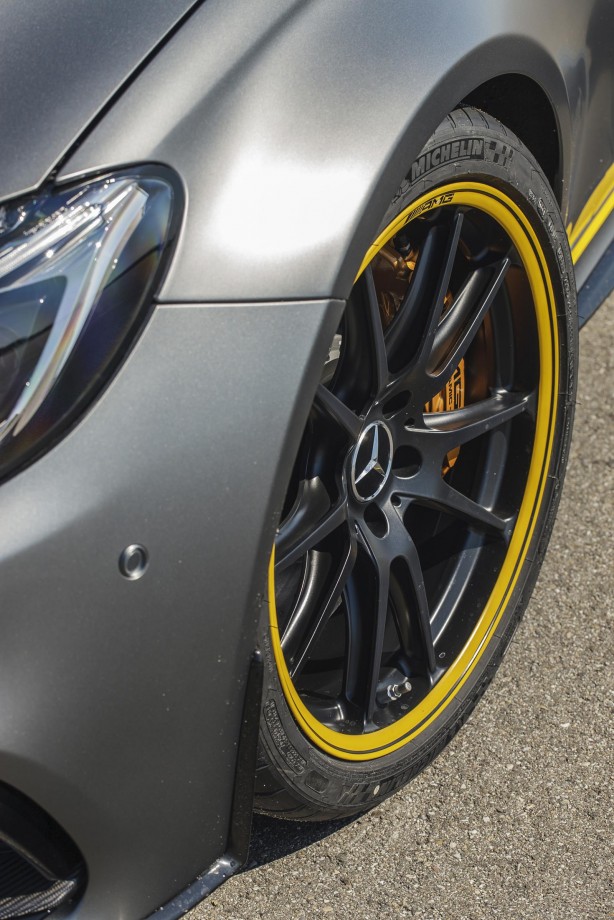 The second Edition 1 variant is more restrained. The sport stripes are rendered in graphite grey matte and the rim flanges of the matte black forged wheels have a high-sheen cross-spoke design. Sport tyres and ceramic brakes are also optional.

Both variants get the AMG Aerodynamics Package in high-gloss black that brings a large front spoiler, chunkier side skirts, lateral airflow breakaway edges in the rear apron, rear diffuser and boot lid spoiler that reduces lift.

Inside, there are AMG Performance seats upholstered in Nappa leather, yellow contrast stitching for the door centre panels, arm rests, the steering wheel rim as well as the beltline. Yellow accents also adorn the instrument cluster, the AMG-specific analogue in IWC design and the floor mats.

The Edition 1 is motivated by the same 4.0-litre twin-turbo V8 as the standard car punching out 350kW or 375kW supported by AMG Ride Control adaptive sports suspension and AMG Dynamic Select transmission modes.