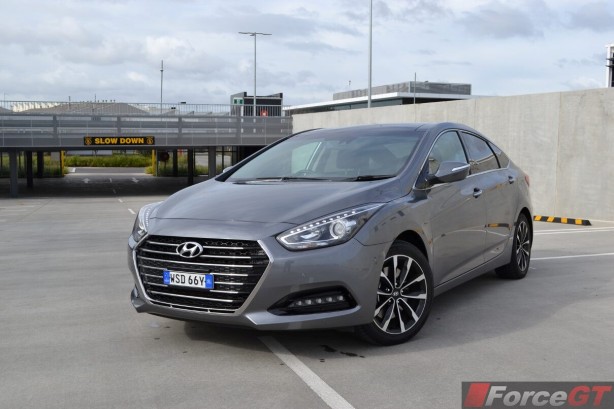 Hyundai’s recent push to go upmarket saw the launch of the i40 sedan and wagon range in 2012. Designed for European markets, the well-built and classy i40 is the Korean car maker’s ambitious take on the midsize segment, which is brimmed full of accomplished rivals.

So, for 2015, Hyundai has given the i40 a bit of a nip and tuck, boosting the i40’s appeal with updates to the exterior and interior, improved fuel efficiency for its range of petrol and diesel engines as well as the introduction of a new dual-clutch transmission (DCT). 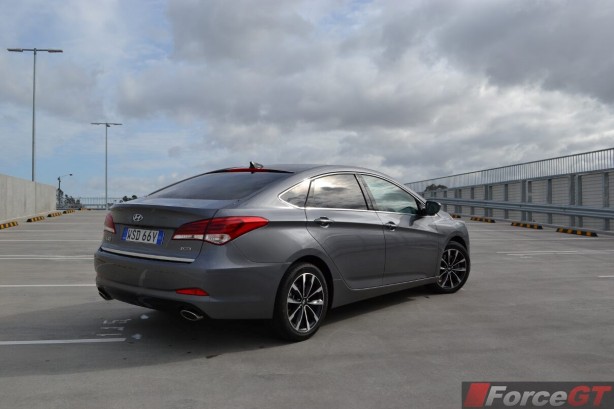 Headlining the new facelift is a Veloster-like grille featuring matte-black horizontal slats and contrasting chrome inserts for a sportier look.

With a swooping roof line that is almost coupe like, the elegant i40 sedan is one of the best looking cars in its class, even after three years on the market. Its wagon sibling looks even sharper and sleeker, with almost perfect proportions. 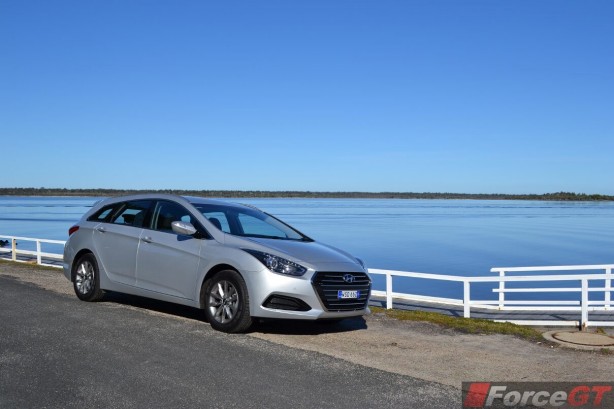 In line with the exterior, the i40’s cabin radiates a premium ambience with lots of soft touch surfaces and classy switchgears. The exceptionally well made interior is good on space, too, with impressive space front and back. The boot – 505 litres with the rear seats up – is also class-leading, especially on the tourer.

Updates to the interior include a new rear armrest storage box with flip-up cover and an upgraded infotainment system. The base model’s dot matrix audio system has been replaced with a new 4.3-inch touchscreen. It’s a step up from previous but still too small in today’s day and age. The upper spec model continues to be offered with a 7-inch touchscreen with satellite-navigation but surprisingly (or sadly) it misses out on the new more intuitive interface as seen in some of the company’s newer offerings. 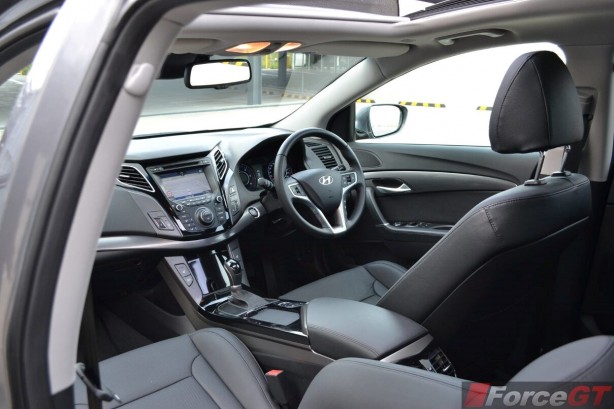 Like before, the i40 Series II range is available with either a 2.0-litre direct-injection petrol engine (Tourer variants only), or a 1.7-litre turbo diesel (all variants).

Exclusive to the Tourer body style, the 121kW/203Nm 2.0-litre GDi petrol engine has been revised to improve low-end torque. Matched with a six-speed automatic transmission, it delivers slightly better off-the-line acceleration. Fuel consumption has also been improved by three percent to 7.5L/100km (claimed).

Replacing the six-speed automatic previously found in diesel-engined i40s, the new DCT offers stronger acceleration and quicker gear changes, though it tends to lurch forward abruptly when all you want is to inch forward on light throttle, making parking manoeuvrer rather tricky. It’s also slow to react to throttle changes, with a moment of hesitation before dropping ratios when you bury your right foot.

However, the DCT’s little gripes will soon be forgotten when you realise how fuel economical the new drivetrain is. Hyundai rates its average fuel consumption at 5.1L/100km, down from 5.6L/100km, and this figure is completely achievable. With a single tank of fuel (70 litres), we managed to clock over 1,300km of mostly country driving. And this was with two occupants on board with a boot full of luggage. Very impressive stuff. 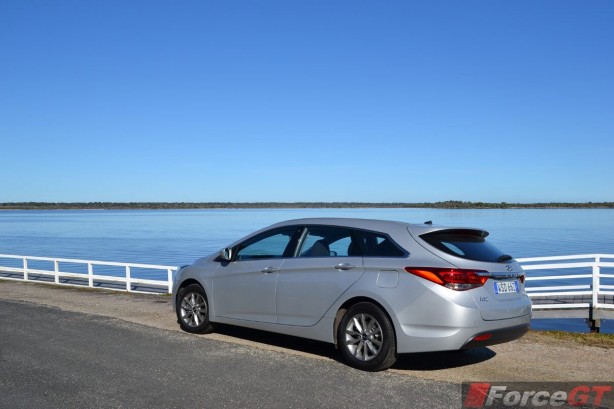 Hyundai’s Australian chassis development team has been tasked once again to revisit the i40’s suspension, ride and handling.

The team worked to capitalise on the new 32-bit motor-driven steering system by matching it with various combinations of springs, dampers and stabiliser bars. The result, Hyundai claims, is better road feel and improved ride quality over undulating surfaces.

Head down a twisting back road and it’s clear the team’s effort have paid off. The car feels composed and balanced, with well controlled body roll. Change of direction is swift, though the revised steering still feels a bit digital and disconnected. 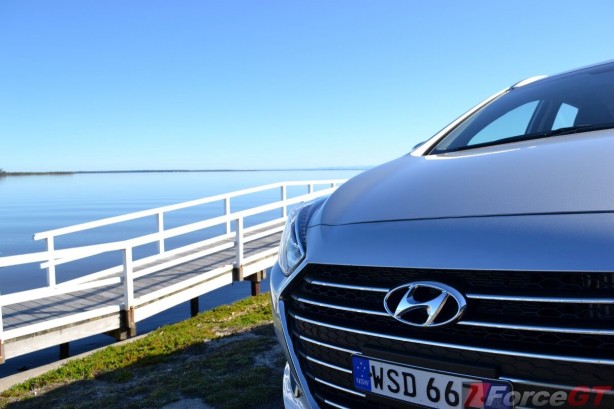 When sauntering through the city, the car will iron out undulation with aplomb, while out on the freeway, the i40 will happily devour long distances so characteristic of our vast continent, in sheer comfort.

Good looking, efficient and spacious, the refreshed Hyundai i40 Series II is a very well packaged mid-sizer that is more than capable to rival the best in the segment.

While the 2.0-litre petrol is a bit more refined, the 1.7-litre diesel is the pick of the duo for its versatility and exceptional fuel efficiency.