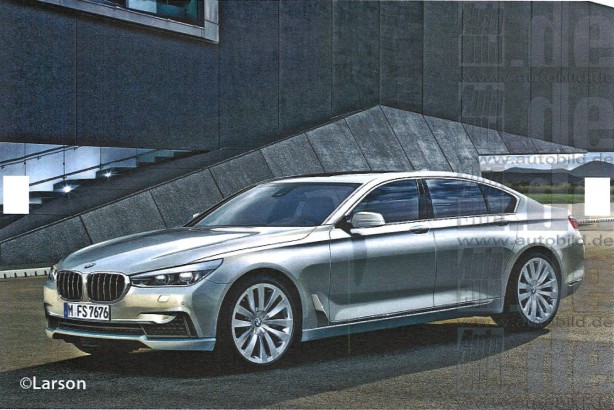 While the all-new BMW 7-Series is still a few years away, spy shots of the luxury limousine have already made their way on the web. Although it is too early to quote exact dimension and technical specifications, one thing is clear. The next 7-Series will be lighter, cleaner and more fuel efficient than the current model.

In fact, according to Autobild in Germany, the 2016 BMW 7-Series is reportedly 200 pounds (91kg) lighter. Munich plans to achieve this via wide-spread use of the lightweight carbon fibre reinforced plastic. This doesn’t seem far-fetched as the company has already invested heavily in the technology, due to debut on the electric BMW i3 and i8 range. 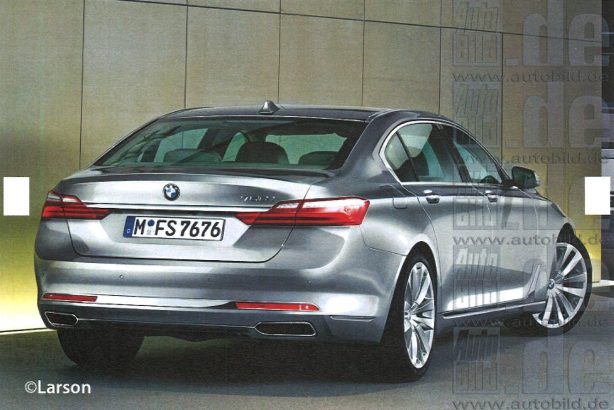 The new model is expected to look sharper, with a wider stance compared to the car today. As illustrated in these exclusive renderings by AutoBild, both the headlights and taillights are narrower and extends further into the car’s flanks. It will also feature narrower glass house and crisper character line.

The 2016 BMW 7-Series is expected to debut at the Frankfurt Motor show in late 2015 before going on sales in Europe the next year.