2015 Subaru STI rendered as a Coupé – should Subaru build it? 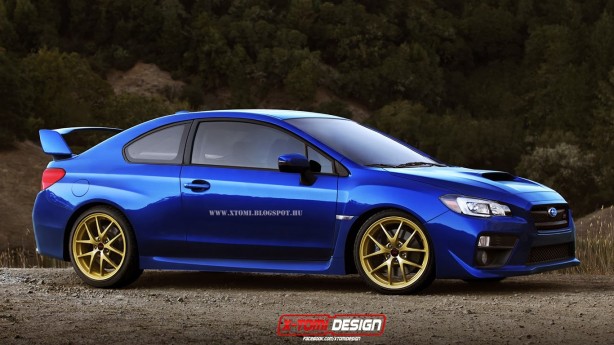 Of all the Subaru STIs produced over the years, the 1998 Subaru Impreza 22B STI is probably the most sort after and rarest model the brand has ever produced. With only 424 units made worldwide and offered only in widebody coupé guise, a well-kept, low kilometre example could fetch almost $100,000 today!

So it comes as no surprise that Subaru fans are hoping the company will once again produce an iteration of the car based on the latest Subaru STI introduced in Detroit this week. What’s more, it could inject the STI lineup with much need sex-appeal, since the highly desirable WRX Concept never materialised.

It seems the folks at X-Tomi have the same idea and came up with a rendering of a 2015 WRX STI Coupé, and we must admit, it looks good!

What do you think? Should Subaru build one?