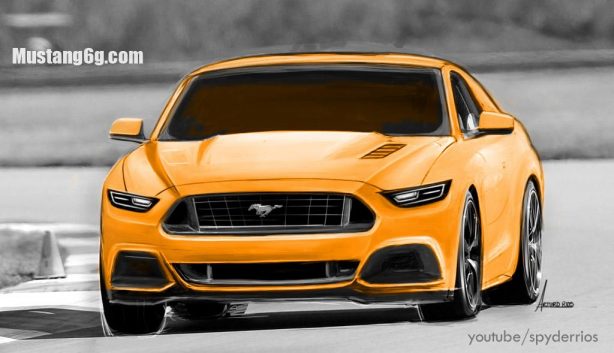 While the next-generation Ford Mustang is still a few months away from being unveiled, spy shots of the pony car have been spotted testing around the tracks. These renders, posted on the Mustang6g forum, are based on the prototypes.

As we have reported previously, the six-generation pony car will be heavily influenced by the Evos Concept, with slimline headlights and Ford’s latest “Aston Martin” style grille.

According to some sources, the new muscle car will also be around 181kg lighter than the outgoing model which means it will tip the scale at approximately 1,406kg. Propulsion will come from a turbocharged 2.3-litre 4-cylinder EcoBoost engine, along with a rumoured 5.0-litre V8. A V6 powerplant is also likely.

The all-new Ford Mustang is expected to be unveiled at the North American International Auto Show in Detroit in January 2014.