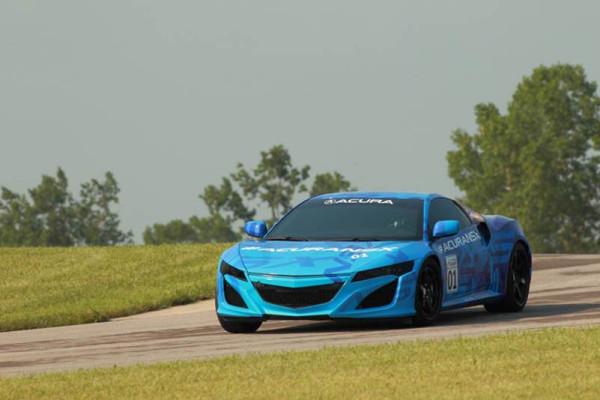 Acura has released the a single photo of a NSX prototype undergoing testing beyond its secretive compounds.

From the photo, the production car appears to stay true to the updated NSX concept that made its debut at the North American International Motor Show earlier this year. The main difference being the larger wing mirrors, slightly different headlight design and restyled air intakes.

As we have reported a couple of months ago, the all-new Acura NSX (Honda NSX for the Australian market) will be built at Honda’s new facility in Ohio starting 2015. The Nissan GT-R challenger will be propelled by a mid-mounted petrol V6 engine paired with Acura’s new Sport Hybrid SH-AWD (Super Handling All Wheel Drive) system. Power output is expected to be around 300kW (400hp) and driving all four wheels.

Acura confirmed that a pre-production prototype will make an appearance at the Mid-Ohio Indy 200 on August 4th, where the car will lap the circuit live on NBC as a publicity stunt.