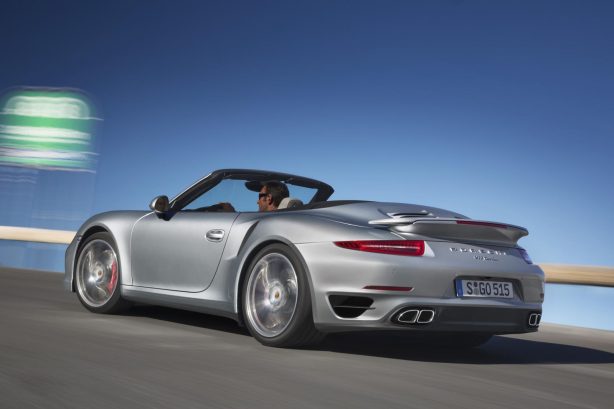 Porsche has lifted the lid on the new 911 Turbo and Turbo S Cabriolet ahead of their Los Angeles Auto Show debut on 20 November.

The open top versions of the 911 Turbo and Turbo S promise to deliver the same blend of sport dynamism, performance and efficiency offered by the Coupé model which premiered a few months ago. 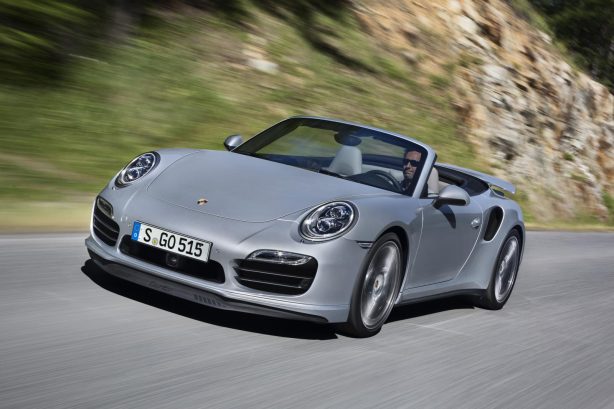 The cars’ retractable fabric roof boasts a lightweight magnesium frame which Porsche says allow the cabrio to maintain a coupé-like arch to the roof when the top is up. The roof can be opened or closed in around 13 seconds at speeds of up to 48km/h (30mph). Porsche says the cabrios interiors are offered with a special two-tone red/black option at no extra cost. 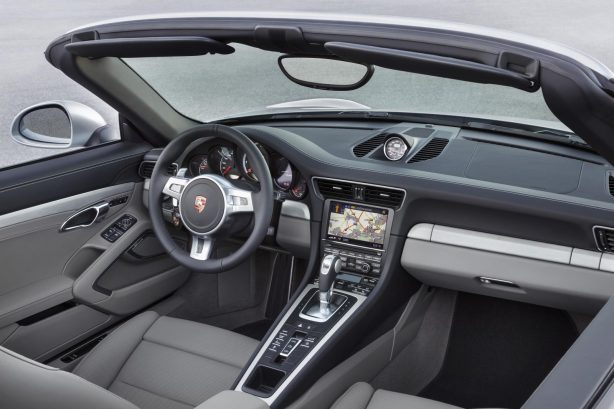 Compared to the previous models, the new 911 Turbo Cabriolet’s deliver 30 more horsepower and are 0.2 seconds faster in their acceleration. Fuel consumption is rated at 9.8L/100km, a 15 per cent improvement on their predecessors.