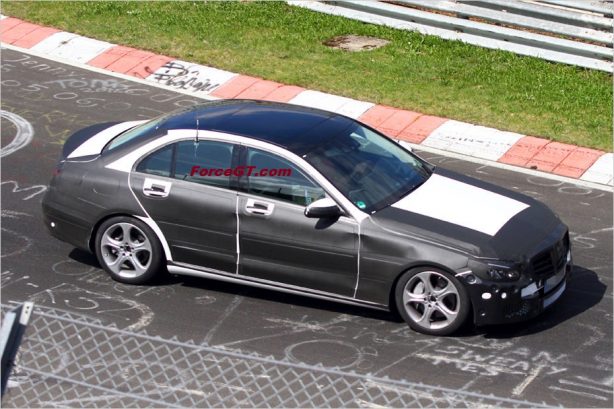 The next-generation Mercedes-Benz C-Class has been caught testing at the Nürburgring circuit in Germany. Due to premiere at the Geneva Motor Show in 2014, the successor to the current generation C-Class remains high on Mercedes’ priority list as the compact executive is still one of the most important models in the company’s lineup.

Despite wearing thick camouflage the new C-Class can be seen with inheriting most of the design language visible on current Mercedes range. This means bold lines down the sides that swoop back from the front wheel arches, a more prominent nose incorporating Mercedes’ new style front grille and a CLA-style sloping boot lid. 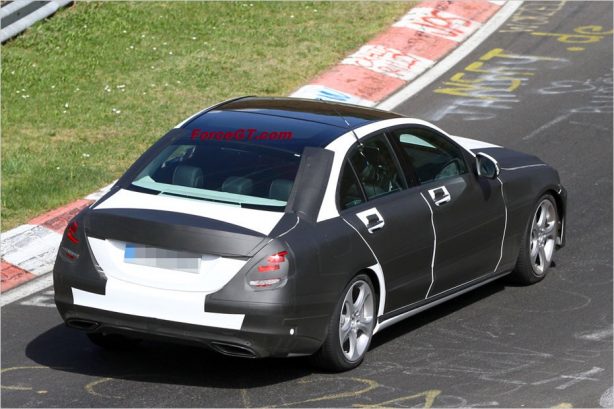 The 2014 C-Class will come in a range of engines starting with petrol four-cylinders with power output ranging from 90kW to 157kW. The four-cylinder diesel range will start with the C200 CDI with 101kW. Topping the C-Class variants will be a V6 petrol with 228kW in the form of the C350. However, a turbocharged V6 with 250kW is also speculated to be in the cards.