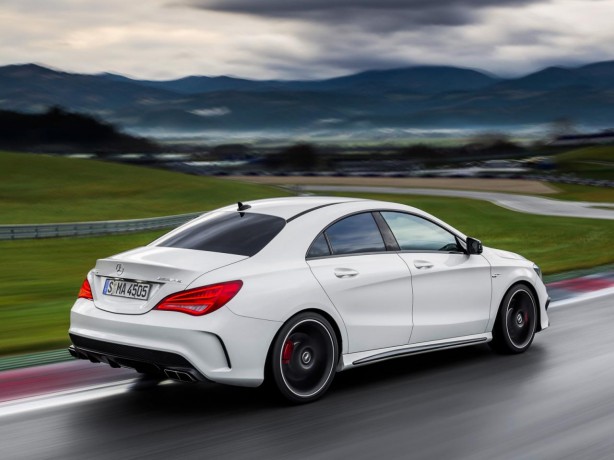 It is almost a given these days that images of new cars are leaked onto the world wide web before manufacturers release them officially. We have seen the Mercedes-Benz S-Class yesterday, and today, the company’s CLA 45 AMG have surfaced ahead of its debut in New York next week.

The CLA 45 AMG is the four-door version of the recently released A45 AMG. It is expected to share the hot hatch’s class-leading turbocharged 2.0-litre four-cylinder engine with 265kW of power and 450Nm of torque. A seven-speed dual-clutch transmission sends power to all four wheels. 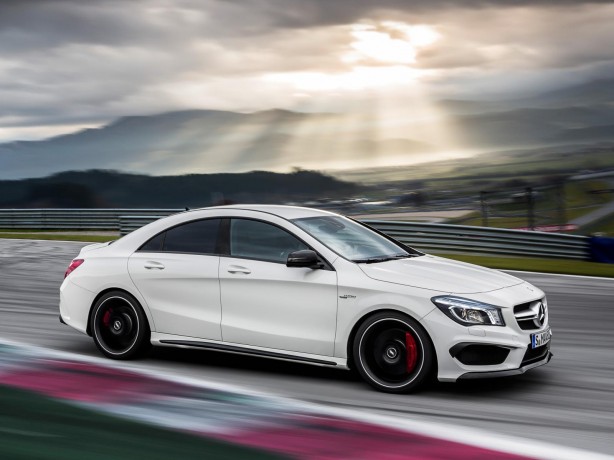 On the styling front, the CLA 45 AMG gets its own unique grille and front bumper treatment, with the A45 AMG’s diamond grille replaced with a more conventional meshed grille adorned with twin blades. That’s not all, all sheet-metal from the A-pillar back are bespoked to the CLA 45. 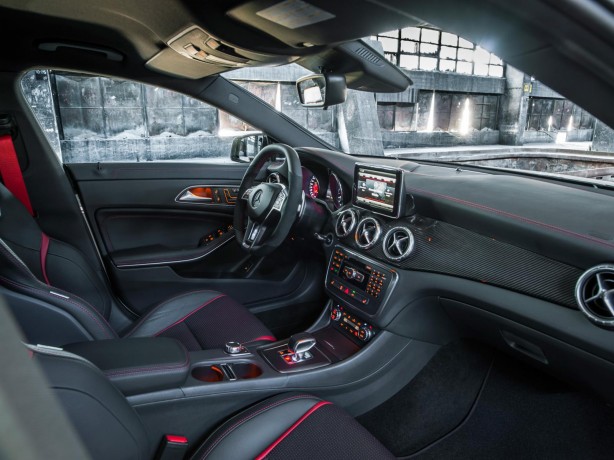 Inside, the cabin is again shared with the A45 AMG, with various performance oriented highlights. Driver and front passenger can expect to be cocooned in bucket seats as well.

The Mercedes-Benz CLA 45 AMG is expected to hit Australian shores shortly after the A45 AMG launches in October. Prices have yet to be announced, but as a guide, the A45 AMG is priced from $74,900.

Previous LaFerrari Track Version in the cards
Next All-new Ford Kuga on sale now from $27,990