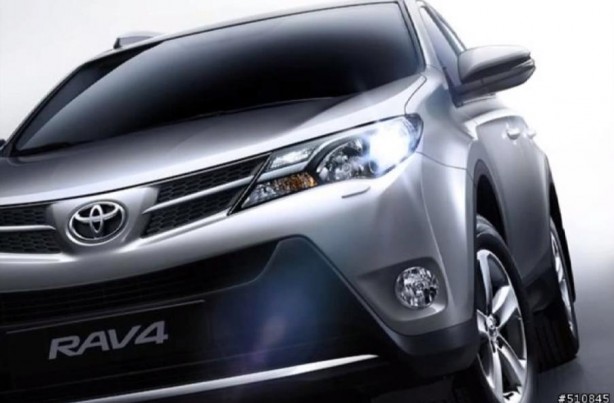 It is getting more common these days, the world wide threat web that is the internet, has leaked pictures of the 2013 Toyota RAV4 ahead of its official debut at the Los Angeles Auto Show later this week.

Toyota’s mid-size SUV now sports a new face that draws on family resemblance with the newly launched Toyota Corolla. It looks sportier, with a wider stance thanks to the slim headlights and compressed grille. 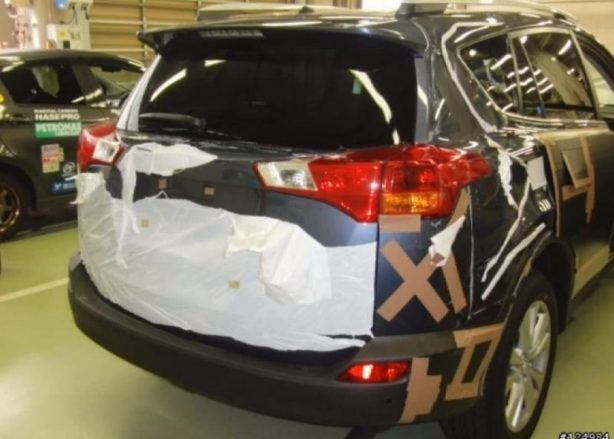 From the sides, the new RAV4 carries a familiar silhouette, albeit with a more sloping roofline and a tailgate-mounted spoiler. At the back, the similarity with the new Corolla is immediately obvious with the wraparound tail-lights, especially those on the tail-gate itself.

Inside, the new dash design is refreshingly modern, with central infotainment system and circular air vents. There is a new steering wheel and lashings of metallic trim. 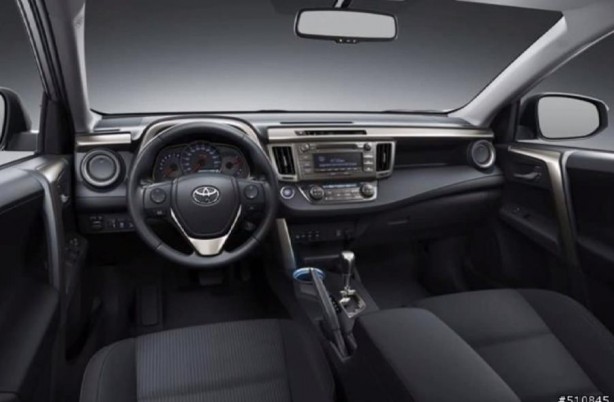 Of course, we have yet to get confirmation on the engine options but a slightly revised version of the current line-up is likely. That means a 2.5-litre four-cylinder with 133kW (178hp) and a 3.5-litre V6 with 200kW (268hp), both paired with a new 6-speed automatic gearbox. The new RAV4 is set to be offered in both front-wheel and all-wheel drive set up.

We will bring you more information after the car’s reveal later this week.