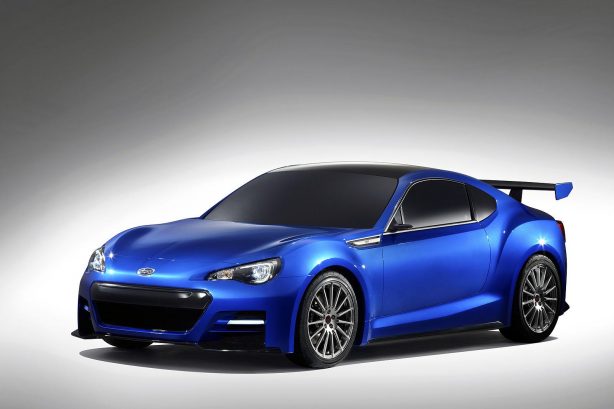 The Subaru BRZ STI will reportedly hit showrooms in the first half of 2013 in Japan, according to a report by AutoExpress.

Like the BRZ itself, which is a departure from what Subaru traditionally offers, the BRZ STI (concept shown in photos) will take this one step further – it will be naturally aspirated, contrary to earlier reports! 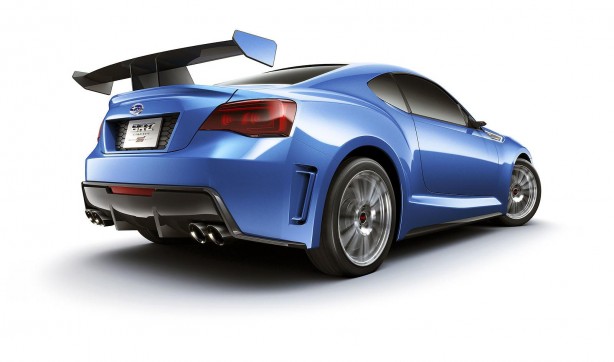 However, the good news is power will be boosted to 171kW (230hp), thanks to variable valve control system tweaks and a raised rev limit past 7,500rpm. The reason the STI isn’t turbocharged is because there is insufficient space in the engine bay to accommodate an intercooler.

Besides a more potent engine, the hot BRZ will also score upgraded dampers and springs, along with the addition of four-piston STI brakes and 18-inch STI alloy wheels shot with stickier rubbers. 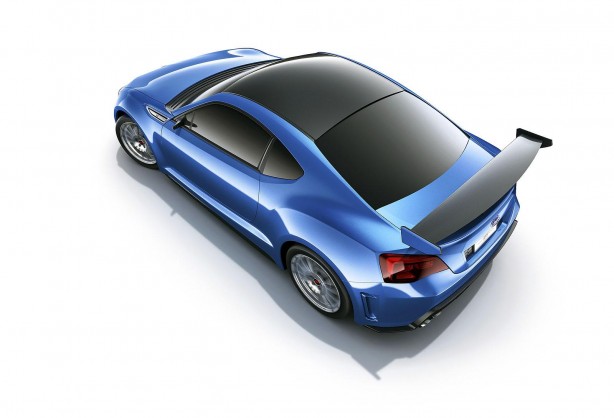 The BRZ STI will stand out from the normal BRZ thanks to a front lip spoiler, a slightly revised grille, a new side skirt and the pre-requite oversized STI rear wing. Inside, expect a pair of sports bucket seats and additional dial for oil pressure.