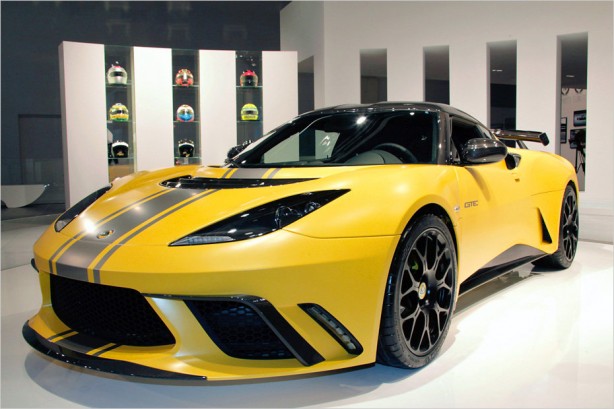 Lotus have unveiled the most powerful Evora (and road-going Lotus) ever at the 2011 Frankfurt Motor Show, the Evora GTE. Powered by a 3.5 liter Toyota V6 engine, the Evora GTE churns out 440 horsepower. Lotus originally intended to build just 25 Evora GTE’s for the Asian market. However the response was so good Lotus now plans to built more Evora GTEs and sell them around the world.

Group Lotus chief Dany Bahar said: “The response to this model in China has been so incredible, within days we had sold out with 114 orders. In response we decided that the only logical step from a business perspective was to increase production and widen our reach.”

The high output V6 engine is mated to a sequential AMT racing gearbox. The GTE weighs 105kg less than the standard Evora due to the use of carbonfibre for the modified bodywork such as the front and rear bumpers, rear wing and doors, bringing the total dry weight to 1380 kg.