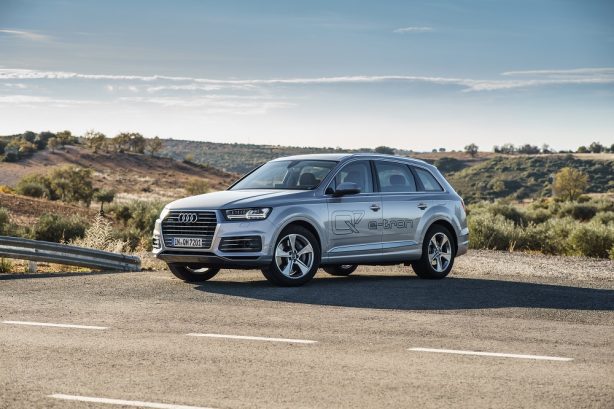 Audi will be bringing its hybrid technology into the large SUV segment with the arrival of the Q7 e-tron quattro in January 2018.

Joining the current line-up, which consists of the Q7 TDI, Q7 160 TDI and SQ7 performance flagship, the Q7 plug-in hybrid boasts the only diesel Plug-in Hybrid Electric Vehicle (PHEV) SUV on the market. The Q7 e-tron 3.0 TDI quattro features the latest incarnation of technology originally developed by Audi for the gruelling 24 Hours of Le Mans endurance classic. With the newly developed R18 e-tron quattro, Audi became the first manufacturer in history to win the coveted race with diesel hybrid technology, back in 2012.

That technology is now employed in the new Audi Q7 e-tron quattro, which combines a 3.0-litre TDI engine producing 190kW and 600Nm of torque, with an electric motor developing 94kW and 350Nm for a combined system output of 275kW and a massive 700Nm of torque.

Power to the electric motor comes from a 17.3kWh lithium-ion battery system that is stored under the rear luggage compartment floor and is charged using industrial or household power systems. Depending on the industrial power output, the battery can be fully charged in as little as 2.5 hours, while a domestic system will achieve full charge in 10 hours.

In purely electric mode, the Q7 e-tron quattro is capable of travelling up to 56km, with a fully electric top speed of 135km/h.

The Q7 e-tron quattro carries the same 5-star EuroNCAP and ANCAP safety rating as the rest of the Q7 range, thanks to an impressive array of standard safety features on all models. These include the full suite of Audi assistance systems: 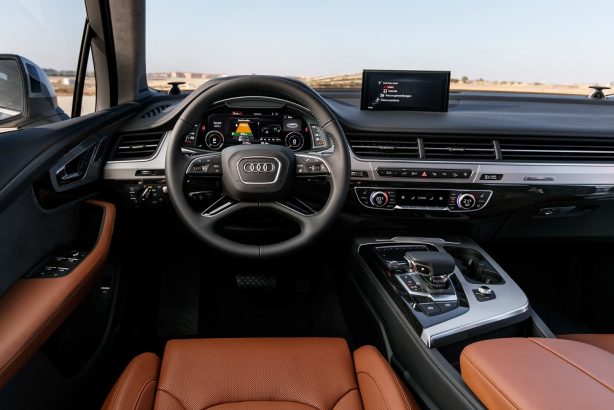 The most powerful member of the Q7 family after the SQ7, the Q7 3.0 TDI e-tron quattro will be offered in Australia as a dedicated five-seater.

Customers can have charging equipment set up at their home or place of work by a dedicated Audi partner that provides expert advice and service on all related topics.