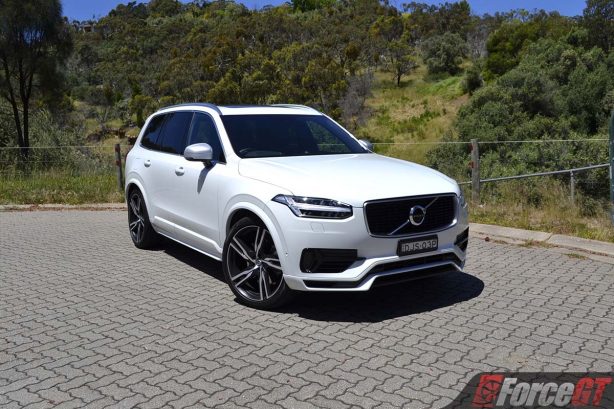 Looking for a stylish, seven-seat and ultra-frugal SUV that is faster than a Porsche Cayenne GTS V8? Meet the 2017 Volvo XC90 T8 Twin Engine.

Yes, a Volvo that is faster than a Porsche but sips less fuel than a Toyota Prius. Bet you didn’t see that coming, just like you didn’t expect Donald Trump to be the next U.S. President or the U.K. turning its back on the European Union.

Sitting at the pinnacle of the highly desirable MkII XC90 range, the T8 is the Swedish marque’s first plug-in hybrid model in Australia, championing its ambitious renaissance in post-Ford, Chinese-owned era.

Built on Volvo’s versatile new SPA scalable architecture that also underpins the all-new S90 sedan, the chassis was designed from the outset to accommodate electric powertrains. 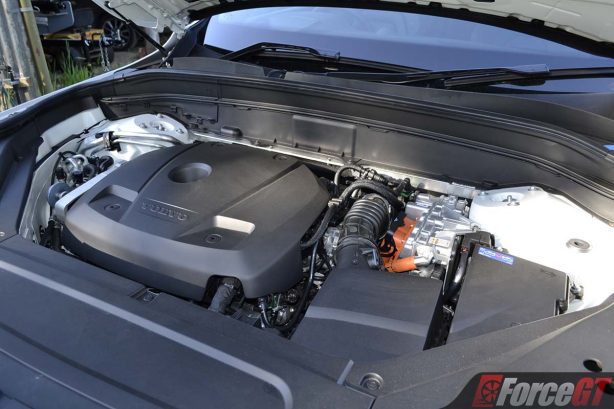 In the T8, a 235kW/400Nm transversely-mounted 2.0-litre supercharged and turbocharged in-line four-cylinder petrol drives the front wheels via an eight-speed automatic, while a 65kW/240Nm electric motor drives the rear wheels. Together, they produce an impressive 295kW of power and a muscular 640Nm of torque, sending the seven-seat luxury SUV towards the horizon in a brisk 5.6 seconds.

The car’s 9kWh lithium-ion batteries are housed in the central tunnel where a propshaft normally resides and take around four hours to charge from empty via a household 230V socket. On a full charge, it yields approximately 40km of urban driving range, enough to get most people from home to work without using a drop of petrol. 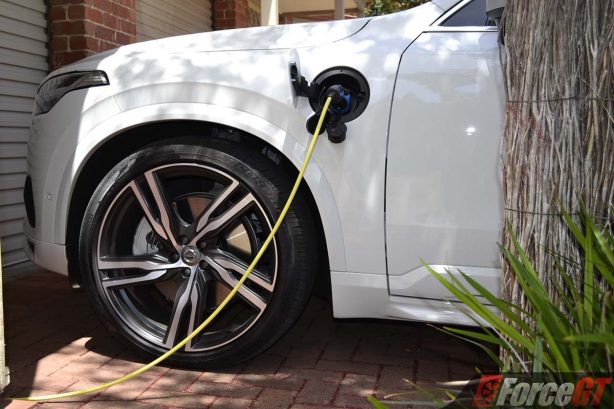 The entire system is controlled by an electronic control unit that synchronises the two power sources, ensuring a seamless blend of power and all-wheel drive when required. In reality however, the petrol engine can be a little slow to react, especially when a sudden surge of power is required, such as when the light turns green.

The petrol engine doesn’t sound terribly exciting, either (gets better in Sport mode) but is punchy and when coupled with the electric motor, produces hot hatch rivalling speed and humungous punch. In full EV mode, the T8 is hushed as a mouse, gliding around silently in incognito.

Equipped with the optional Air Suspension, our test car feels extraordinarily composed and planted around the corners despite weighing a hefty 2,315kg. Body control is also excellent in Sport mode, with a well-sorted weight distribution complemented by grippy 275/35 R22 Pirelli Scorpion tyres. 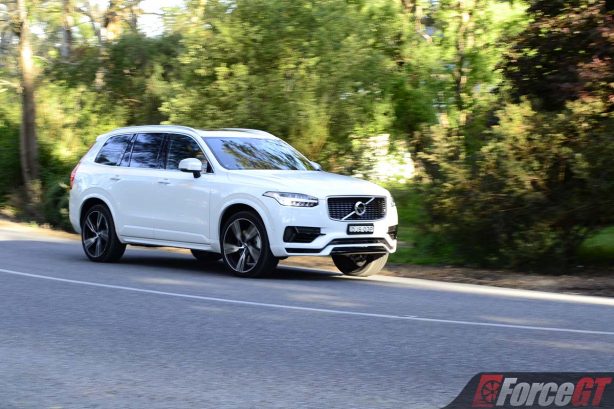 Crucially, the suspension is soft enough in hybrid mode to soak up the ruts and bumps on what passes as roads in this country. It’s a pity the Air Suspension (a must have if you enjoy driving) doesn’t come as a standalone option but is bundled in the pricey $8,000 Premium Pack that also brings other nice-to-haves-but-can-do-without features such as leather wrapped dash and rear door sunblinds.

The T8’s steering has good feel and is consistently weighted, responsive and quick, gelling well with its sporty character.

Sadly, the brakes must have missed the memo as it lacks feel, especially in hybrid mode. However, this is not isolated to the XC90 as most hybrid brake pedals do feel wooden. Thankfully however, it gets better in Sport mode. 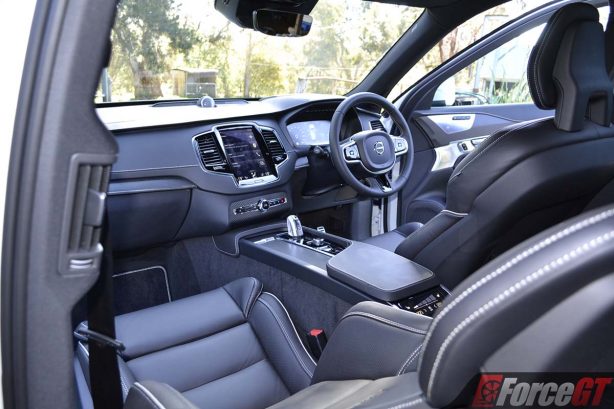 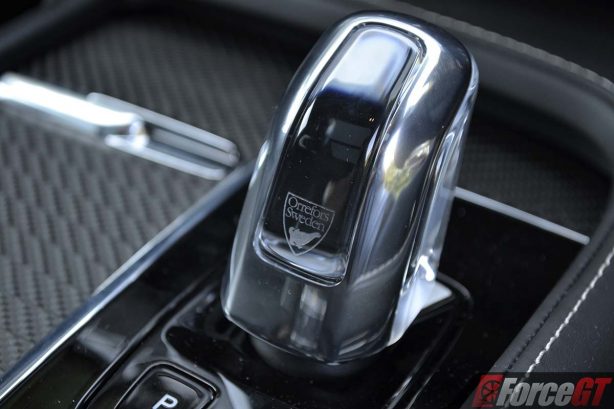 The XC90’s interior is one of the best in the business and in T8 guise; you even get a lovely crystal gear lever that wouldn’t look out of place in your trophy cabinet. The aluminium speaker grilles and optional double stitched leather covering on the dashboard and doors are also a fabulously classy touch.

There’s enough room for seven passengers, although legroom in the third-row of seats are at a premium. When not in used, they fold fully flat to expand on the cargo area. Optioning the Air Suspension also means you can raise or lower the rear end of the car with the push of a button for ease of loading. 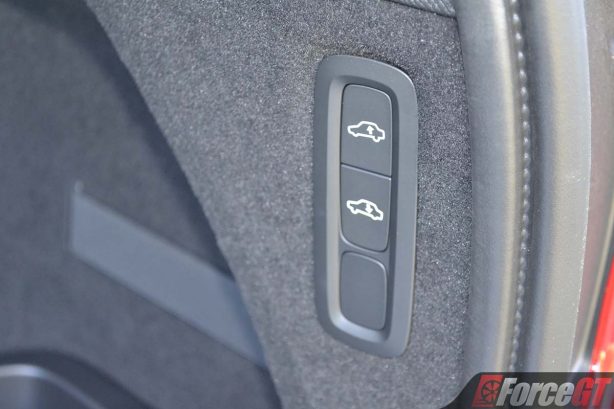 The T8’s steering assist which gives a taste of an autonomous future now works up to 130km/h although it will occasionally still give you a nail biting experience when negotiating a corner as the steering doesn’t turn hard enough on its own. On well-marked roads and highway however, the system works brilliantly. Its adaptive cruise is one of the best in the business, too, and isn’t over reactive like some such system. It will just slow down slightly instead of braking almost to a full stop if the car in front is turning off if you steer it away.

It is possible to use zero petrol in the T8 if you only travel short distances, but if like us you can’t be bothered plugging the car in every time it is parked and rely on the petrol engine for charging and propulsion duties, it will still return a very respectable 8.2L/100km.

Not only is the Volvo XC90 T8 an effortless cruiser that blends powerful Cayenne-killing performance with a fabulously luxurious and comfortable interior, it also gives us a glimpse of what to come with its effective semi autonomous driving technology and electrified drivetrain.

This is the future of motoring.