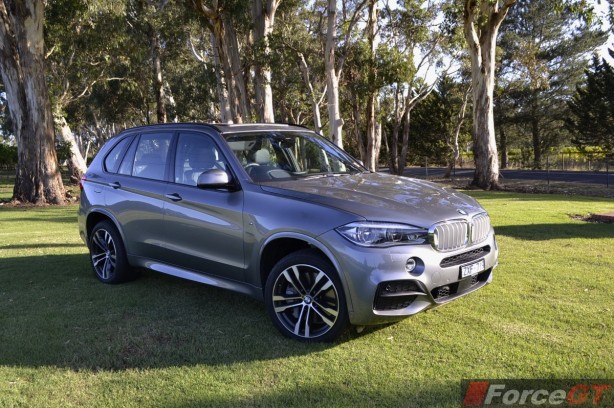 The BMW X5 is, arguably, the pioneer of the current crop of luxury urban SUV. When the first generation was released in 1999, the X5 shaped a whole new movement amongst premium vehicle manufacturers. BMW even created a new acronym for the vehicle – SAV, or Sports Activity Vehicle.

Back then it was a revelation. Not only did the X5 bring car-like dynamics to the often-utilitarian 4WD segment, it was also practical and downright comfortable. Yes, there were Range Rovers and Jeeps but they were as car-like to drive as a town bus.

It’s not surprising then that BMW has sold 1.3 million X5’s globally since 1999. Now into its third-generation, BMW has refined its recipe for the X5 further. We recently spent some time with one – in range topping (for now) M Performance M50d guise, to find out if it deserves the coveted “M” badge. 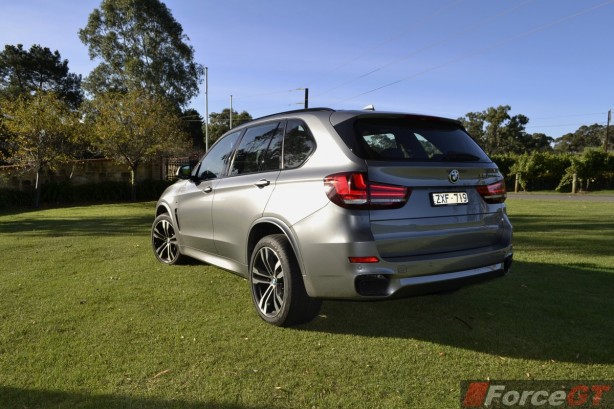 Like most successful models – think Porsche 911 and Volkswagen Golf – BMW has taken an evolutionary approach to the new X5’s styling. While the familiar looks won’t offend anyone, the new car appears less muscular than before.

Gone are the squat stance and pumped guards, replaced instead by slab sides and a front fascia lifted straight from the latest 3 Series. It doesn’t get any better at the back either, with thicker taillights that stretch farther into the tailgate, giving the car a taller people mover look.

Thankfully, the M50d’s butch bodykit manage to undo some of the car’s design flaws. 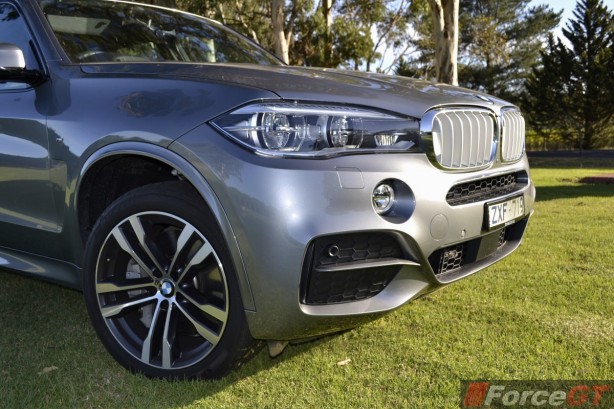 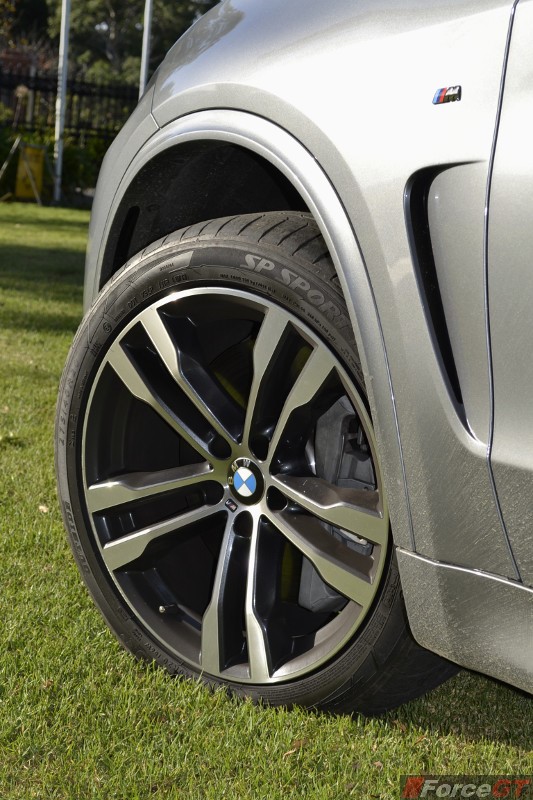 There are also successful styling elements that have a functional edge, such as the newly introduced “Air Curtains”. Positioned at the outer edge of the front apron, they are designed to reduce drag by directing the air around the wheel arches to create a curtain of air over the wheels. The air is then eliminated through stylish “Air Breathers” behind the front wheel guards.

Squaring off the exterior has benefitted the interior tremendously, with the new X5’s roomier than ever before. Not only are the broad wide seats invitingly comfortable, they are wrapped in sumptuously soft leather and electrically adjustable in more ways than a dentist’s chair.

The cabin’s upmarket feel is characterised by soft touch materials throughout, including the lower parts of the dashboard and doors, as well as groovy wrap-around mood lighting with nine customisable colour themes and smart switchgear.

The freestanding 10.25-inch Control Display is linked to the now brilliant iDrive operating system that controls everything, from Bluetooth to Internet. Its graphics are crisp and almost hi-definition in quality. 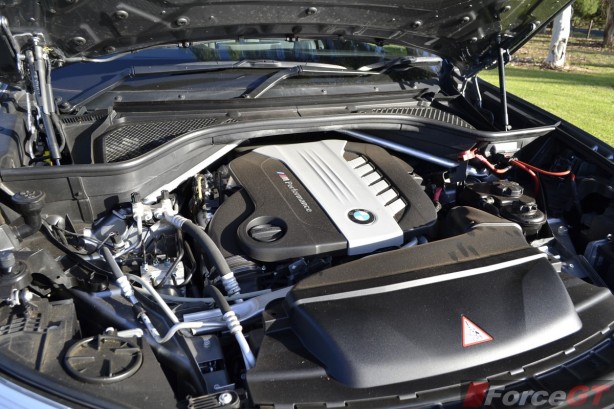 While it isn’t a fully fledged M Division product, the X5 M50d does come with a pace approaching that of the forthcoming range-topper X5 M. The mighty tri-turbo 3.0-litre straight-six diesel with 280kW of power and 740Nm of torque is certainly deserving of the M badge.

While it has identical outputs to its predecessor, its 0-100km/h sprint time has improved by 0.1 seconds to a claimed 5.3 seconds. We managed to squeeze a best of 5.44 seconds out of the 2.2 tonne behemoth. 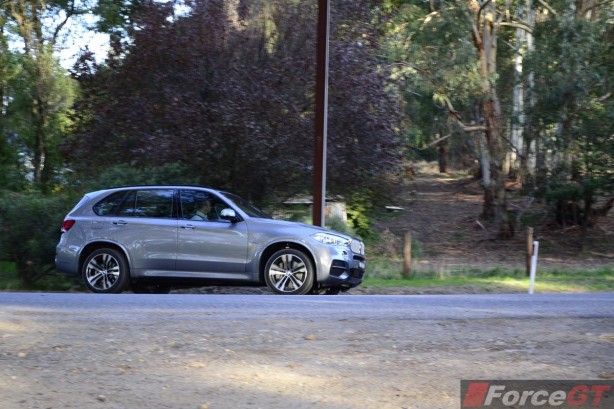 What we like about the M50d’s magnificent powerplant is its effortless and smooth power delivery. While the full 740Nm of monstrous torque comes in a relatively narrow band of between 2,000-3,000rpm, you are never left in a lurch as the 8-speed ZF automatic harnesses every newton meter of it with great effect. It will rush from 80-120km/h in fourth gear before you even finish saying “Geronimo”. It’s that powerful!

The X5’s superb gearbox slices through the ratios with the slickness of a samurai sword if left to its own device, or respond in split seconds urgency to the flappy paddles input (the manual mode is the right way around as well – push up to downshift and down to upshift).

In return, the engine howl with a nice deep gurgle that is quite un-diesel-like. Its willingness to rev encourages you to explore the higher reaches of the engine, extracting every kilowatt that’s hiding deep within its inner workings. 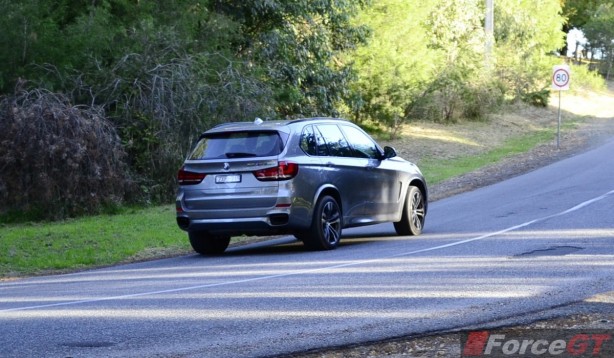 While the power and drivetrain are as impressive as any car with an M badge, albeit being an oil burner, the M50d’s dynamics leaves much to be desired. The steering is certainly direct and the standard Dynamic Adaptive Suspension package tightens things up in Sport and Sport+ modes for a flat cornering stance. You are all too aware of the car’s heft when rustling from corner to corner.

The steering also becomes overly heavy and feels artificial. For a car with sporty pretentions, the tiller is disappointingly slow, too. That, and the large M Sport steering wheel makes for clumsy maneuvers on tight country B-roads which should have been the M50d’s natural playground.

Therefore, it’s ironic that the best way to enjoy the M50d is in its Comfort setting, where the ride is cushier and the steering is lighter, and obeys your commands more closely. 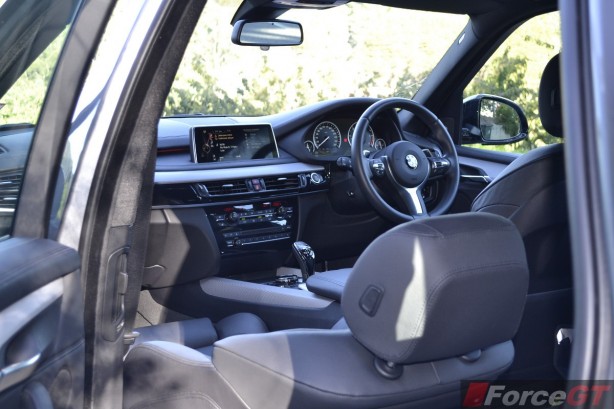 The BMW X5 range may be built in the United States but their quality is as good as those sourced from the motherland. Fit and finish is much improved over the previous model and all surfaces are made of lovely soft touch materials. 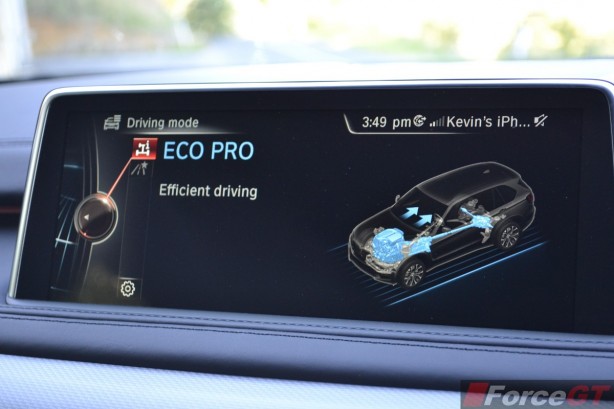 The M50d’s powertrain continues to shine when it comes to fuel economy. Over a week of mixed driving that covers enthusiastic road tests on country B-roads and the daily commute to the grind, the 2,190kg X5 returned an impressive test average of 10.6L/100km of diesel.

This is largely thanks to its standard Auto Start/Stop and Brake Energy Regeneration.

Like all BMW’s, the X5 M50d has condition based service where service intervals are scheduled based on the way the car is driven. 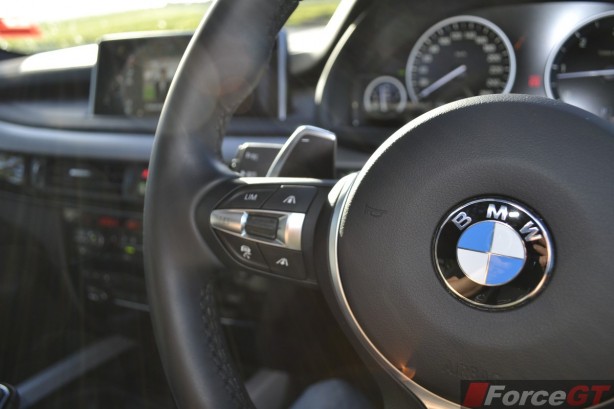 As one would expect, standard features on the M50d is extensive. Adaptive LED headlights with anti-glare High-Beam Assist, Adaptive Cruise Control, Lane Departure Warning, Pedestrian Warning with light city braking function, Surround View Camera and 6-airbags (strangely, no rear side airbags are available) are all standard. 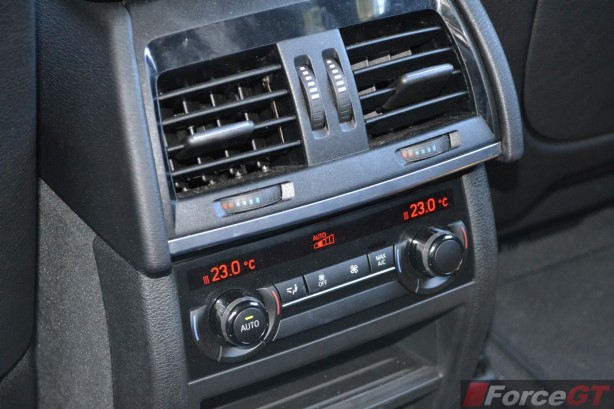 Its voice control system is also one of the best we have sampled. It’s recognizes most commands first time without a glitch.

The same can’t be said about the Head-Up Display. BMW’s engineers must have forgotten to test the display with polarized lens as the display becomes illegible once you slip on your sunglasses.

Of course with a BMW, the option list is almost as long as its standard equipment. Want an electric panoramic glass sunroof? That will be $3,700, sir.

The M50d’s 3.0-litre tri-turbo straight-six is truly a master piece. It’s flexible, gutsy and sounds utterly delightful, one you’d happily take instead of most V8 TDIs.

However, BMW has failed to match it with the dynamics that it deserves, let alone one wearing the “M’ moniker.

While some might be happy to write a cheque for $147,900 to have the propeller badge on the bonnet of their new car, for others, we suggest saving your coins and buy the Jeep Grand Cherokee SRT8 instead (read our review here). It’s half the price of the M50d and twice as much fun.

If you insist on a European, the Volkswagen Touareg R-Line V8 TDI (read our review here) would fit the bill just fine.