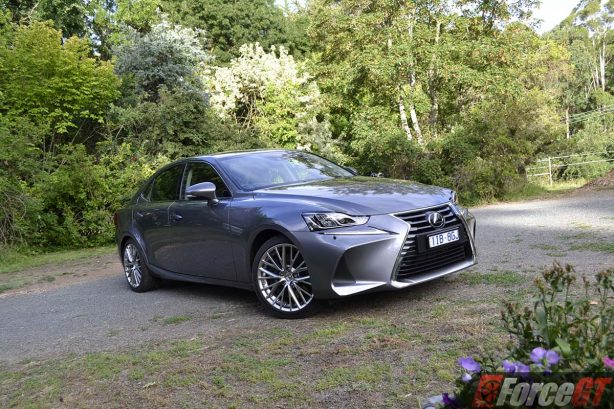 Lexus has, arguably, often been unfairly referred to as a “glorified Toyota”, and while that may be true for certain models in the lineup (I’m looking at you, Lexus LX), the majority of its range are actually proper premium models based on entirely different rear-wheel drive platforms (IS, RC, GS and LS).

Besides, what’s wrong with being a Toyota, I say. They are well engineered, safe as a bank vault and reliable as Queen Elizabeth II.

Launched in 1999 in Australia, the IS gave the BMW E46 3 Series a run for its money, both in terms of dynamics and, of course, in standard kit. 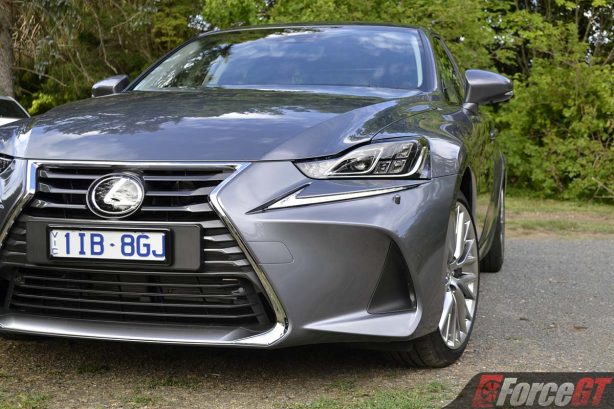 Now in its third-generation, the latest IS arrived locally in 2013 sporting the most daring design yet for the model to wow younger buyers, including new sports-infused F Sport variants. It paid off. Together with the edgy new NX SUV, IS buyers are amongst the youngest the Japanese luxury carmaker has ever seen.

To continue that momentum, Lexus has given the 2017 IS sedan a fresh makeover and improved safety and comfort features. 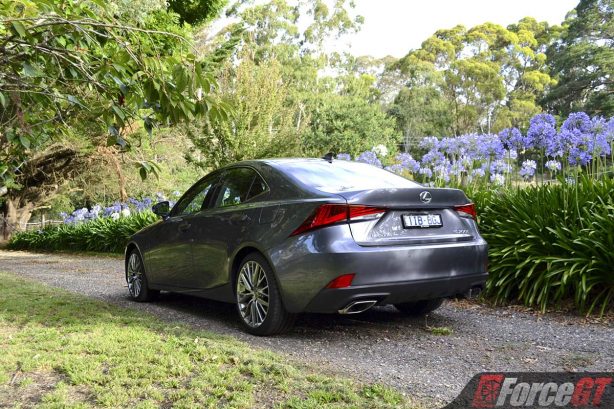 Around the back, the new LED taillights with distinctive up swept LED light guides and redesigned rear bumper with dual trapezoidal exhaust tips mark the new model out. Of course, no makeover is complete without a set of fresh alloy wheels and new colour palette.

The re-profiled bumpers have also resulted in an increase of 15mm in overall length compared to the pre-facelift model.

Inside, the most obvious update is the larger and much crisper 10.3-inch high-resolution infotainment screen. A pity then that it still uses the rather old and dull GUI. The sat-nav also won’t allow you to enter an address while the car is in motion, making on the fly navigation a pain-in-the-neck. 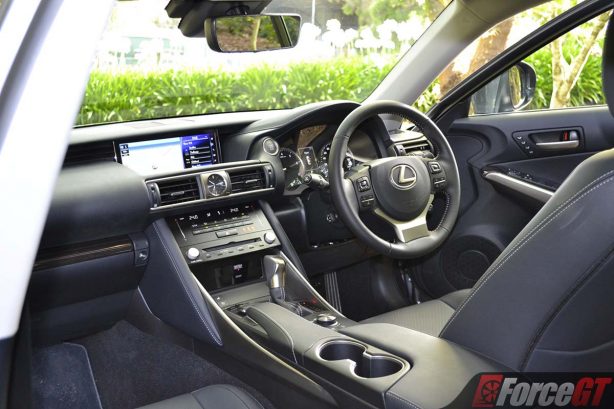 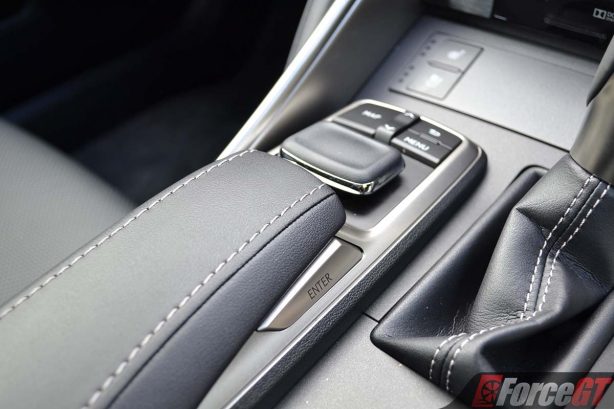 In an effort to make its much-criticised Lexus Remote Touch controller more user friendly, Lexus added a back and enter switch on the extended palmrest. While improving things slightly, it is still too fiddly compared to rival systems using a simpler rotary dial. As well, its menu selection isn’t as intuitive plus Apple CarPlay and Android Auto are both AWAOL. And don’t get me started on the utterly and irritatingly rubbish voice control, either.

I was also hoping for an up-to-date electronic park brake instead of the annoying foot brake that I keep forgetting to disengage until the car beeps at me. A missed opportunity. 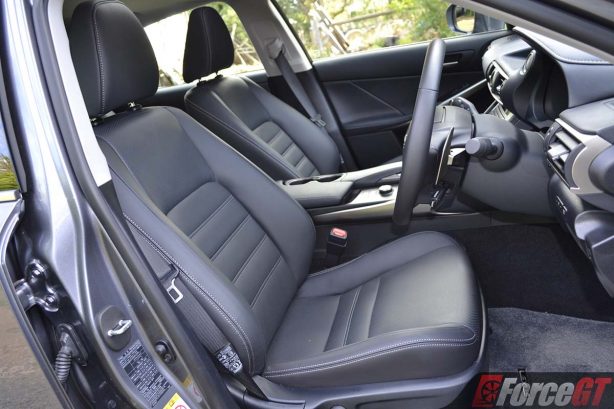 The driving position is sporty. You drop down into a pair of relatively comfortable leather-wrapped front seats with heating and ventilation, although the lack lumbar support on the passenger seat is penny pinching.

There’s good front and rear headroom for average height passengers even with a sunroof.

All round visibility is good and is backed up by a reversing camera with dynamic guiding lines. Front and rear parking sensors are standard although curiously, they don’t come on automatically at lower speeds unless reverse gear is selected first. This makes head in first vertical parking in a tight spot a tad precarious.

Four years is a long time in the car world and what was once one of the quietest cabins in its class is not any more. There is discernibly more road noise in the IS than I remembered when I first drove the car in 2013. It is still not what one would consider noisy and once you fired up the magnificent 15-speaker Mark Levinson sound system, you’ll be in a world of your own. 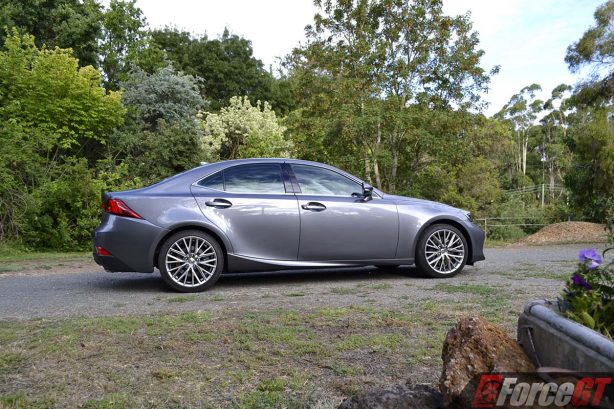 But what remains is the decent and engaging handling made better with new front performance dampers between the left and right underfloor braces to optimise steering and handling response. Together with standard Adaptive Variable Suspension (F Sport and Sports Luxury models only) and a precise and communicative steering wheel, the car feels responsive without taking away the around town suppleness that is expected from a Lexus.

Turn-in is sharp and the 225/40R18 front and 255/35R18 rear tyres provide plenty of grip. Body roll is generally well contained making the IS Sports Luxury a decent driver’s car that is relatively fun to punt around the back roads.

Its drivetrain is silkily smooth although the gear algorithm could be sharper. Thankfully there are paddle shifters for better control.

The ever-improving Lexus IS has been made better, both in terms of styling and the way it drives, yet retains the supple ride and value that is a hallmark of the brand.

A “glorified Toyota”? Only as much as an Audi A3 is a glorified Volkswagen Golf.

2017 Lexus IS pricing and specifications