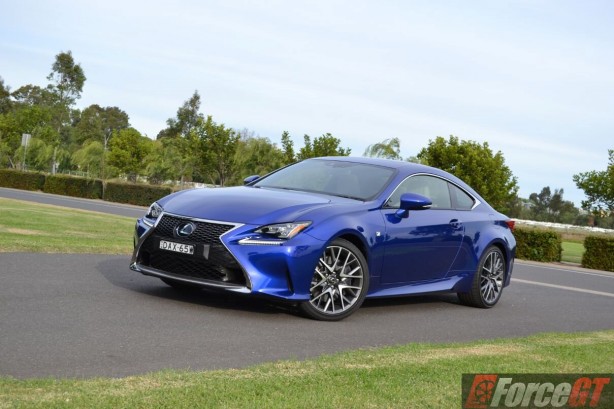 After decades of watching the Germans dominating the luxury sports coupe segment like nobody’s business, Japanese premium marque Lexus finally rocked up to the party in 2015, unfashionably late but promising.

The rear-wheel-drive RC coupe is Lexus’ answer to the BMW 4 Series, Audi A5 and Mercedes-Benz C-Class Coupe. And I’m utterly surprised I haven’t seen much of them on the road, as the Lexus RC is sleek yet striking, bold yet classy. From its sensuous roofline and shallow glasshouse to its beefy side skirts and imposing spindle grille, the RC makes its German rivals look dull in comparison. It turns heads everywhere, literally.

First launched with just the 3.5-litre V6 engine in the RC 350, Lexus has now broadened the line-up with the 2.0-litre turbocharged RC 200t. Perhaps, thing will change.

As the new entry-level model to the range, the RC 200t undercuts all its German rivals with pricing starting from $64,000 plus on-road costs. But, do not for second think that the Lexus offers less, because even for the base Luxury variant, the list of standard equipment is impressive. LED headlamps, heated and ventilated front seats, power steering column adjustment, power front seats, adaptive cruise control and 10-speaker premium audio system all come standard. The only option available for the Luxury is a sunroof for $2500. 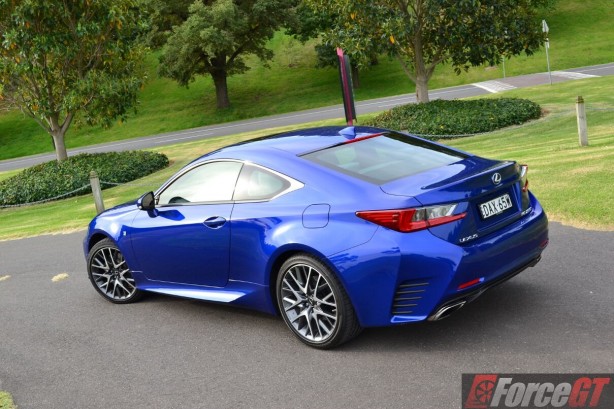 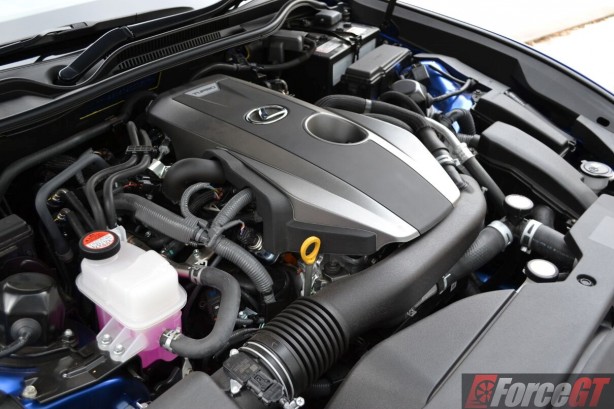 The 2.0-litre turbocharged four-cylinder engine in the RC 200t squeezes out 180kW of power at 5800rpm and 350Nm of torque between 1650rpm and 4400rpm. It’s down on output compared to the 233kW / 378Nm 3.5L V6 in the RC 350, but feels a lot better to drive around town thanks to the wider torque curve. The mid-range pull is strong and smooth, making for swift and effortless get away off the line, as well as overtaking. There’s also just enough grunt to pull out of corners without feeling lethargic. Zero to 100km/h is despatched in a claimed 7.5 seconds, which is far from sluggish.

It’s a great match with the equally smooth-shifting eight-speed automatic gearbox, which picks the right gear in most occasions and is now able to stay at higher ratios for longer by tapping into the chubby low-end torque not found in the V6, saving fuel in the long run. There’s a slight hesitation in kick-down when the throttle is pinned, but it’s easily fixed by switching to Sport or Sport+ drive modes. 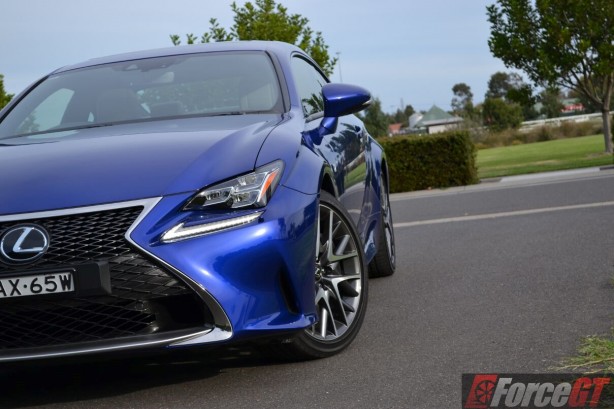 Despite having a blower attached to the four-pot, Lexus has done a remarkable job in retaining its hallmark refinement in the drivetrain. There’s always the silky smooth, buttery feel to all proceedings, even if you send the mill high up in the revs. It, however, lacks the solid, rorty soundtrack of the Germans.

The F Sport model we tested came equipped with what Lexus calls ‘Acceleration Sound Control’, which essentially pipes synthesised engine sound into the cabin through a dedicated speaker located underneath the steering column. Personally, I prefer the real deal, though it does add to the turbo four’s aural sensation. For those less inclined, the ASC volume can be adjusted or turned off completely. 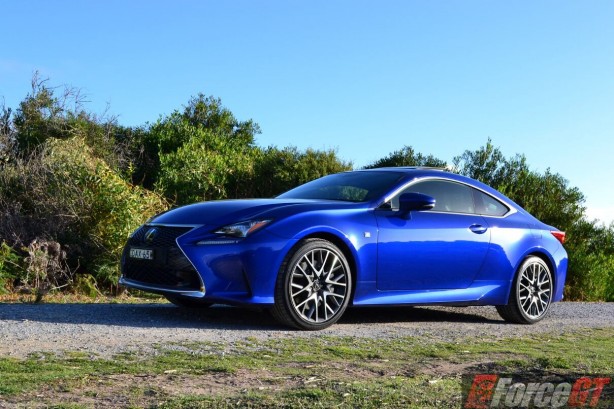 Tipping the scale at just over 1.7 tonne, the RC is a heavy car (almost 300kg heavier than an equivalent 4 Series Coupe). The heft is partly due to how the RC’s chassis is pieced together. It’s built from the ground up as a coupe. And by that, we mean mashed up from existing platforms. The front is from the GS, the middle section is scavenged from the previous-gen IS Convertible and the rear is inherited from the new IS.

The result is one of the most rigid chassis in the Lexus line-up, but also one of the heaviest (for a coupe). Despite the weight, the RC still impresses with excellent poise and body control, digging deep into the abundance of grip when thrown around the bends.

The front end ties down remarkably well, pushing wide only when you’re overly enthusiastic, but backing off the throttle or a light tab on the brakes will swiftly pull it back to line.

The steering feels numb on the straight ahead but starts telegraphing feedback once lock is wound. The brakes are strong but maintain a progressive feel through the pedal.

The RC is not the most neutral and nimble in its class, and you will no doubt feel its weight, but if that’s a compromise, I’d happily accept, because it nails the sweet spot between hard-edge sportiness and all-round comfort, delivering exceptional ride quality across varying type of roads, regardless of the chosen driving mode. 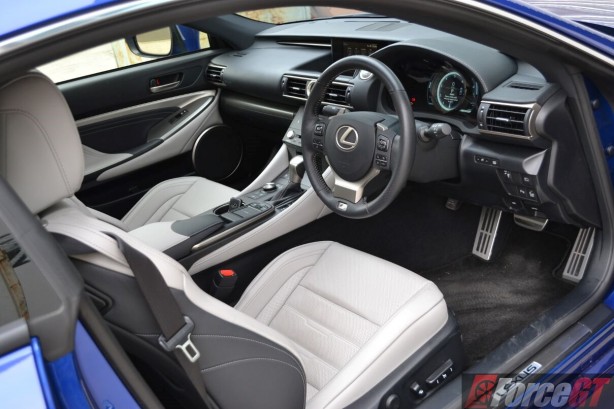 One of the benefits of engine downsizing is of course, better fuel economy, and in this regard, the RC 200t doesn’t disappoint. Lexus claimed the 2.0-litre engine with auto stop/start returns 7.3L/100km, which is 2.1L per 100km more frugal than the RC 350. In the real world however, we averaged around 10.4L/100km – still a sizeable difference with the old V6, but not great compared to the parsimonious Germans.

The Lexus RC is no doubt a compelling alternative to the slew of Teutonic offerings, scoring big on looks, equipment level and overall refinement. Within the range, the new 2.0-litre turbo RC 200t is cheaper, lighter, leaner and better to drive around town than the 3.5-litre V6 RC 350. If straight line performance isn’t a priority, the RC 200t is the pick of the two.