2018 Volkswagen Touareg spied without a shred of camouflage 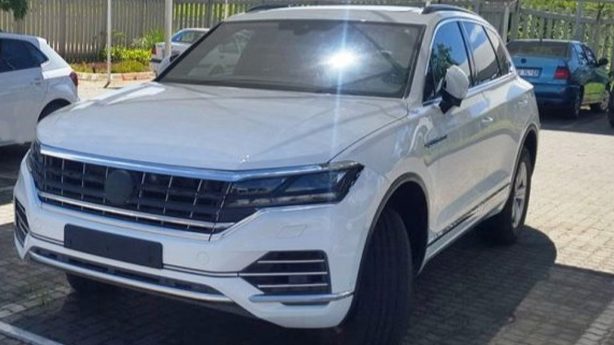 Just two days after catching the next-gen Polo out in the open, a third-generation Volkswagen Touareg has been spied, again without a shred of camouflage except for the blanked out VW badge.

Taken at the O.R. Tambo International Airport in Johannesburg, South Africa, the prototype shows a front end similar to the recently unveiled Arteon, especially in the way the grille merges with the headlights.

While there aren’t any photos of the car’s rear, we can almost guess what it will look like, thanks to the T-Prime Concept GTE introduced a year ago that serves as a preview. 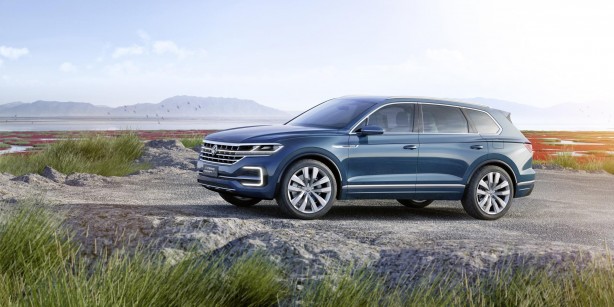 Underneath the all-new sheetmetal sits Volkswagen Group’s MLB Evo platform shared with the Audi Q7, Bentley Bentayga, as well as the next generation Porsche Cayenne and soon to be introduced Lamborghini Urus.

The 2018 Touareg is likely to be slightly bigger than today’s model taking into consideration the upsized seven-seat Tiguan in its lineup. Nevertheless, expect the new model to be lighter thanks to the new platform.

Inside, we can expect many of advanced technologies seeing it’s the range-topper of Volkswagen’s lineup.