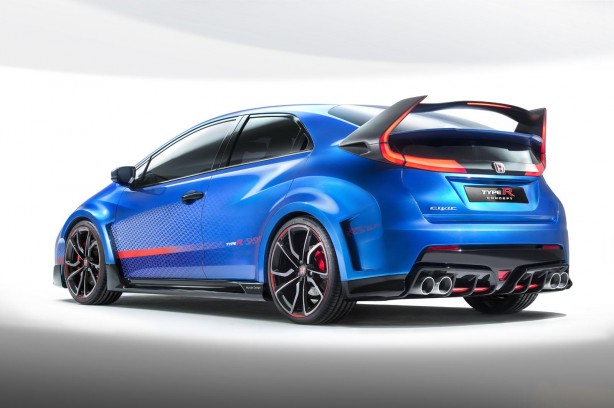 Honda has taken the wraps off the upcoming and eagerly anticipated Civic Type R Concept “Series 2”, ahead of its official debut at the 2014 Paris Motor Show. While it may wear the concept badge at the show, the car you see here is pretty much the production version, safe a few details.

Set to hit European showrooms next year, with the rest of the world to follow, the concept is powered by a 2.0-litre turbocharged i-VTEC four-cylinder engine producing more than 206kW (280PS). Honda has not released further specifications, but said it will deliver “unmatched performance compared to any previous Type R car.” That includes all generations the Civic, Integra, Accord and even the NSX.

“Honda has had four Type R model derivatives – the Civic, Integra, Accord and NSX. The engine in this new Honda Civic Type R is unrivalled against all of them in terms of raw power, torque and engine response,” said Suehiro Hasshi, Large Project Leader for the Civic Type R at Honda R&D. 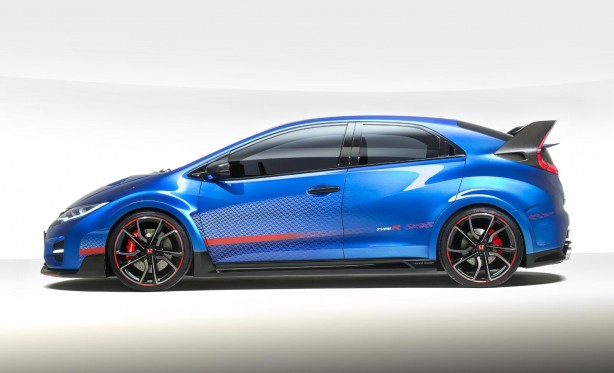 Besides the powerful engine, Honda has also undertaken a number of engineering innovation said to make the new Civic Type R a true driver’s car.

Chief amongst them is the debut of Honda’s new ‘+R’ button. Located to the side of the steering wheel, once pressed, it activates ‘+R’ mode that heightens engine response, with torque-mapping changed to a more aggressive and performance-focussed setting. Its steering becomes more responsive and, together with the new four-point Adaptive Damper System, is claimed to deliver the ultimate handling experience.

“In default standard mode, the Civic Type R is exceptionally agile, an everyday sports car with an enjoyable and fluid acceleration. The ‘+R’ button brings out a more dynamic and athletic car for the driver, to set pulses racing. The difference in character is immense. The ‘+R’ mode is extreme; the car is ideal for track use and will be appreciated by the genuine sports-driving enthusiast,” Hasshi explained. 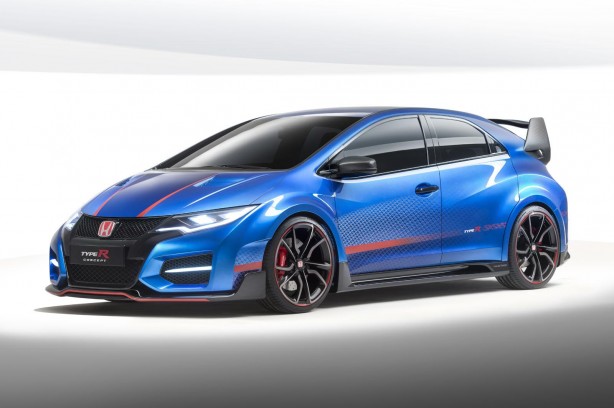 Furthermore, a new four-point Adaptive Damper System has been developed specifically for the Civic Type R. It automatically adjusts the front and rear suspension damping force stiffness in a split second, based on driving conditions. This allows the new Civic Type R to provide a comfortable ride during cruising, yet become firm and agile when high-performance handling is required.

The new Civic Type R will follow in the footsteps of its predecessors with a six-speed manual transmission. The development team selected this option to maximise driving enjoyment. 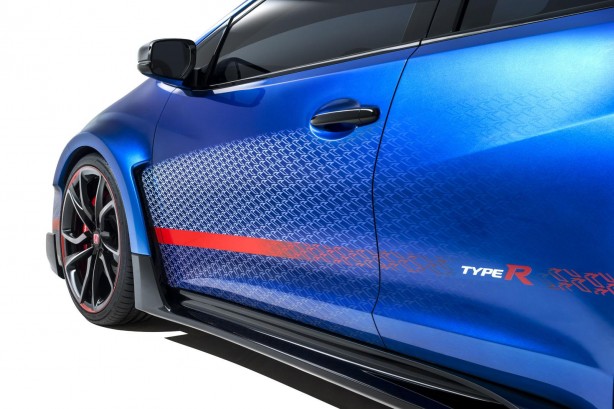 “The manual transmission allows the drivers to select the gear they want, for example, down from fifth to third when approaching a corner. The concept of the new Civic Type R is to be the complete driver’s car so this was the best option,” explained Hasshi.

The new Civic Type R will be built at Honda’s Swindon plant in the UK.