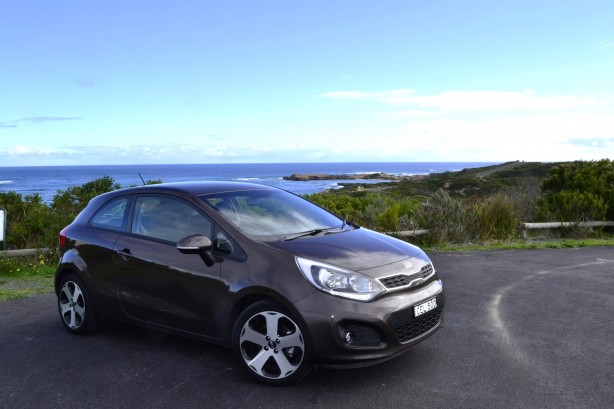 The Koreans are a formidable force in the 21st century. Kia, together with its parent company, Hyundai, has seen spectacular growth in the last few years. Sales are up in the double digits in the USA since 2008, and the Chinese have also taken a liking to the Korean offerings.

That’s not all. Perceived quality in both Kia and Hyundai has also taken a quantum leap and are consistently in the top ranking of global quality surveys.

So, what is the new Kia Rio like? Read on to find out….

Is it a Peugeot? Which Audi model is this? Yes, these were some of the questions we got asked while testing Kia’s latest Rio.

If we blanked out the badges, the Rio would not seem out of place in an Audi showroom. There is a good reason for that.

You see, in 2006, Kia hired a European designer to head up their design division, his name is Peter Schreyer. Schreyer’s resume include designing the original Audi TT in 1998 (described as one of the most beautiful car of the 20th century) and various Volkswagen models from 1998 to 2006.

With the renaissance that was happening in Kia and a shift in focus to the European markets, Schreyer is a good fit, and the results speak for themselves. Kia’s current offerings are all designed under the guidance of Schreyer. The new Rio is one of them.

It is lower, wider and longer than the model it replaces. Its proportions are almost spot-on and it carries Kia’s unique ‘Tiger Nose’ front grille with confidence. The scalloped front doors connect with the muscular shoulder lines that draw to eyes to the rear of the car.

It is a handsome looking car without being overly distinctive. 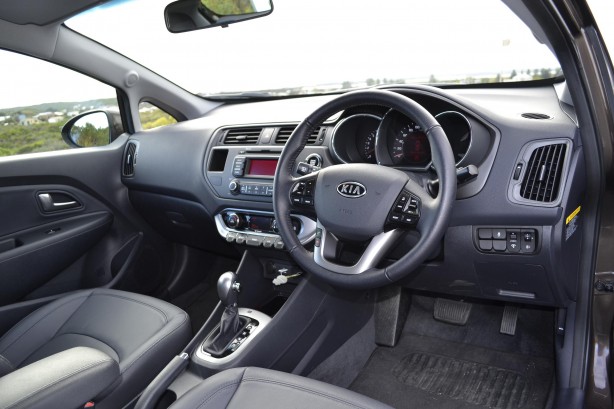 Inside, the soft touch dash board is one of the best looking in its class. The classy chrome accents surrounding the three instrument binnacles and the round ‘floating’ driver information display are clever design elements, although the latter not entirely original. The row of ancillary switches below the audio system also look and feel good.

The front seats are comfortable even in long journeys, but lack side thigh support. Most drivers can easily find a comfortable driving position, thanks to the reach and rake adjustable steering and height adjustable driver’s seat. Large C-pillars in the 3-door did restrict rear visibility, but nothing a set of reverse sensors couldn’t fix.

Kia Australia invested heavily in tuning the Rio’s suspension to suit Australian conditions and it shows. The Rio’s handles quite well around town. It is properly damped and soaks up most of our pimply roads with ease, despite wearing 205/45-series tyres (lesser models come with 185/65 and 195/55). Only sizable impactions present it with problems. The cabin is also relatively hushed. 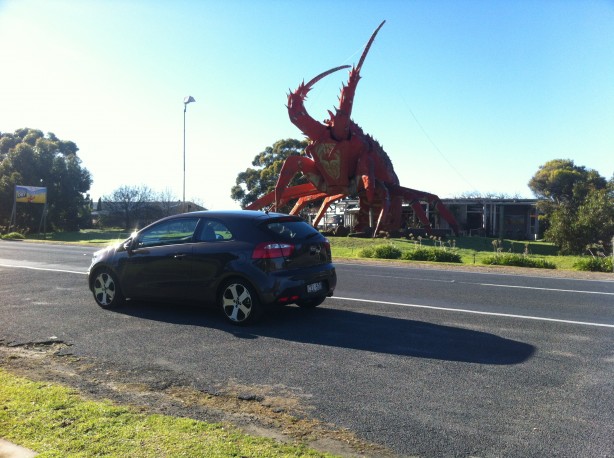 However, the same can’t be said when the Rio hits twisty B-roads and at higher speeds. The steering feels overly light and in corners, it lacks the directness and composure of class benchmarks such as the Ford Fiesta and Volkswagen Polo.

Occupants will also find themselves straining their vocal cords at highway speeds.

If only Kia had been as successful in engineering the dynamics of their cars as in transforming the looks of their vehicles. Though, this is unlikely to deter too many.

The 1.6-litre direct injected 4-cylinder petrol engine produces a decent 103kW of power (only the entry level S comes with a 1.4-litre 79kW engine), and is mated to a 6-speed automatic transmission, which is a segment first. The shifts are smooth and kick down without a fuss when overtaking.

Kia’s tangible and perceived quality has improved significantly over the last few years. The Rio’s build quality is on par with its Japanese counterparts. Panel gaps are tight and well aligned. Most of all, the doors shut with a reassuring thud.

It is however, not without flaws. The soft touch plastics on the dash board is let down by the hard, shiny and scratchy plastic on the door trims and lower console.

At this price range though, the Rio’s build quality is remarkable 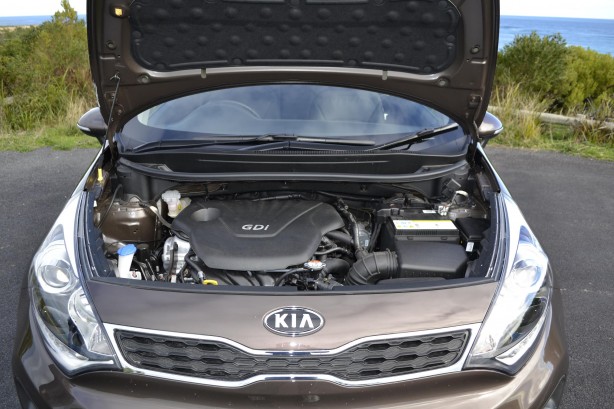 Kia claims the 1.6-litre petrol with automatic transmission will return a combined 6.1l/100km. Our best on test was 6.8l/100km with 80% freeway driving, a still respectable figure.

The Rio will accept regular unleaded, which is better for the hip pocket compared to some others in its class that demands premium juice. 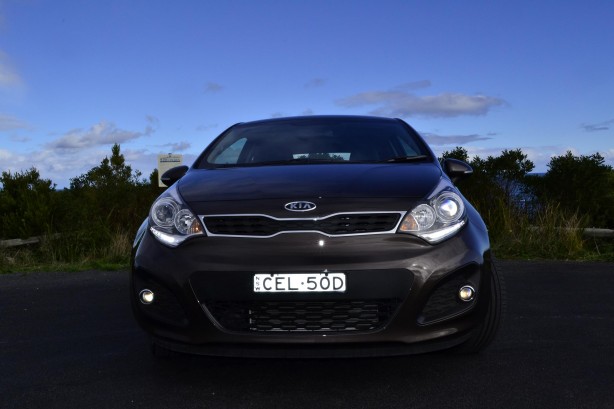 The top of the range SLS model that we tested also came with leather seats, LED daytime running lights and LED rear lights, which at night looks strikingly similar to those found on the Audi A3!

Surprisingly for a 3-door hatch, the Rio has a sizable 288 litres of luggage space with seats up. Seats down, it transforms into a cavernous 923 litres.

The stylish 3 door might not be for everyone, but for those wanting more practicality, there’s the 5-door hatch. Those who have a village to transport, Kia also offer a Rio sedan.

With pricing starting from A$15,290, the Rio is convincing package. It looks awesome, is well equipped and solidly built. Add in the company’s 5-year unlimited kilometre warranty, the Rio certainly makes a lot of sense to a lot of people.