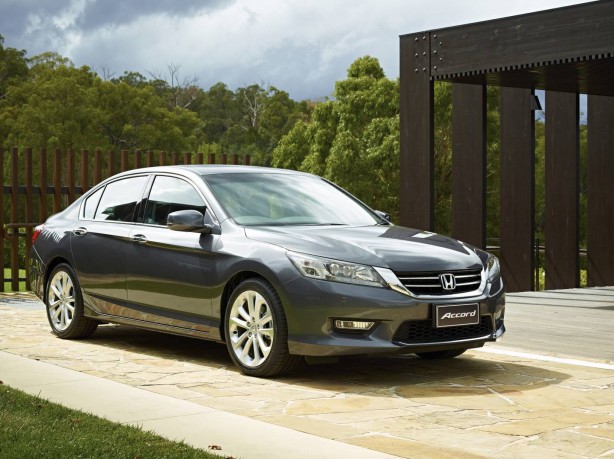 I have always been interested in Honda’s progress for its Accord mid size sedan, as I was once the owner of a 95′ model – my first car. Since then, every time I get behind the wheel of a new generation Accord, I not only compare it with the previous generation but also all the way back to the model I owned, which I think is still one of the best looking generations of the Accord.

Iterations of Accords that followed after that fifth generation model represented a period of low points in what was once the segment’s favourite mid sizer. Sporty, confident and forward looking design was a thing of the past. Honda seemed to have lost its plot with the Accord.

With the ninth-generation Accord however, the Big H might be on its way back to regaining a bigger slice of the market share currently dominated by the Mazda6, Toyota Camry and Ford Mondeo.

While not quite in the realms of sporty design, the 2013 Honda Accord has a good dose of elegance and sophistication in its styling. It is better proportioned and less cluttered than its predecessor, with bolder lines and creases. Stretched and more slimline head and rear lights give the car a wider and lower stance. 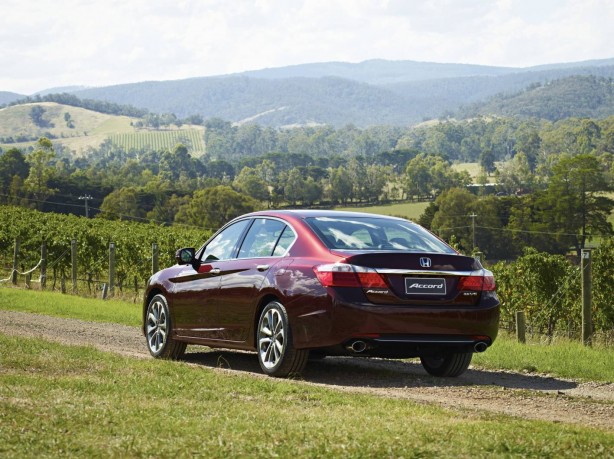 Like its CR-V offroad cousin, the new Accord has shrunk in external dimensions. It is now 75mm shorter bumper to bumper, 25mm tighter at the wheelbase and 10mm lower in height. However, its width has been increased by 5mm.

Despite the more compact body, interior space has not been compromised. The Accord’s cabin has always been one of the more spacious in its class and this new model adheres to this trait. There is massive head and legroom for both front and rear passengers. The front seats are very comfortable and the back bench has enough room door to door for three adults.

In typical Honda fashion, the dashboard is vast and functional with clear instrumentations. Ergonomic is top shelf with hardly a stretch to get to any button or switchgear.

The centre console is decked out with two colour LCD screens. The larger screen on top acts as a multi information display, including satellite navigation for VTi-L and V6L models, while the smaller one below functions as a touch screen audio display, replacing all audio related control buttons. Although the dual LCDs arrangement looks pretty techy, I’m not quite sure if the touch screen audio LCD is better to use than conventional buttons and knobs.

At the back you will find a voluminous boot with 461-litres of cargo space, one of the biggest in its class but still dwarfed by the Holden Malibu’s class leading 545-litres.

The 2013 Honda Accord is offered with two petrol engine choices and transmissions – a 2.4-litre four-cylinder producing 129 kW and 225 Nm mated to a five-speed automatic (tested), and a 3.5-litre V6 developing 206 kW and 339 Nm paired with a six-speed automatic. The CVT available in some overseas market is unfortunately, not offered locally.

Like the rest of the Honda range, the Accord’s engines fall under the “Earth Dreams” marketing slogan, which sounds a bit nonsensical, but at least it’s got something to do with efficiency. The 2.4-litre engine that is in our test car is a refined unit that likes to rev. At full throttle it continues sounding smooth and non-trashy all the way to its 6200 rpm redline. There is also noticeable improvement in usable torque compared to the old mill. 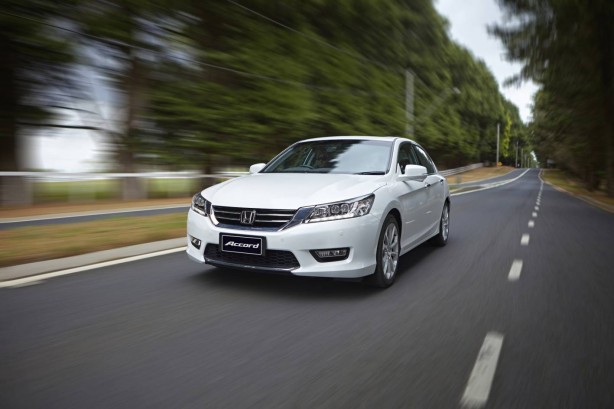 Perhaps, the biggest surprise in the new Accord is the way it drives. Think about the attributes that made Hondas of the late 90s so fun to drive – light, agile and revvy. The more I drive the Accord, the more I see those traits coming to light. Its suspension is almost perfectly damped to give a nice balance between comfort and handling. For a midsize sedan, the Accord has excellent body control and grip. However, its steering, although responsive and accurate, feels numbed and disconnected.

The five-speed auto equipped in all 2.4L models seems outdated in a world where anything less than six cogs is ancient. However, its shifts are so crisp you almost never notice it, let alone be bothered with the missing ratio. There is Sport mode which holds engine revs longer, and a pair of paddle shifters for those who are keen to further explore the Accord’s surprisingly capable handling.

The new Accord feels solidly built with good overall interior fit and finish. Panels are well aligned with no noticeable rattles or squeaks around the cabin. Soft-touch materials are used in most places around the cabin including the dashboard and part of the door trim, although some plastics can be improved. Typical in a Honda, most buttons, knobs and switch gear seem to have been designed to last for a hundred years. 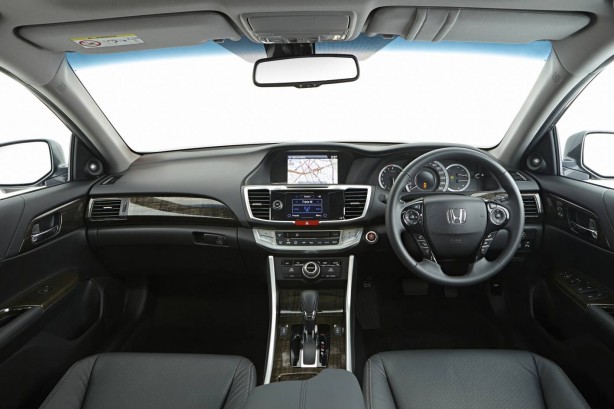 My week spent with the 2.4L Accord returned an average of 8.2L/100km with about 65% of its time spent on urban traffic, a figure not far off from the claimed 7.9L/100km. At constant speed on the freeway, the Honda consumes as little as 5.0L/100km. Not bad for a mid-size saloon. 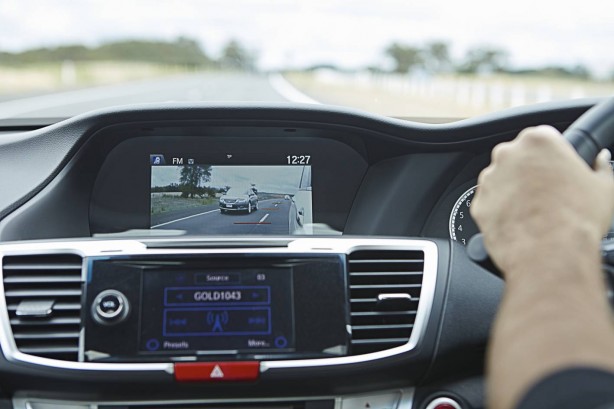 On the safety front, the Accord range is equipped with 6 airbags, electronic stability control with anti-lock braking system and traction control. The VTi-L + ADAS model adds a host of passive safety features including Lane Assist, Collision Mitigation Braking, Adaptive Cruise Control, and Lane Watch, Honda’s take on blind-spot monitoring system which activates a camera view down the side of the car through the centre multimedia screen.

The 2013 Honda Accord has shown us the nameplate might be on its way back to true form. It may not be the sportiest or the most advanced in its class, but it is smart looking, drives admirably and continues to offer reliable, trouble-free car ownership. And that’s probably enough for Honda to convince its targeted demographics of buyers.