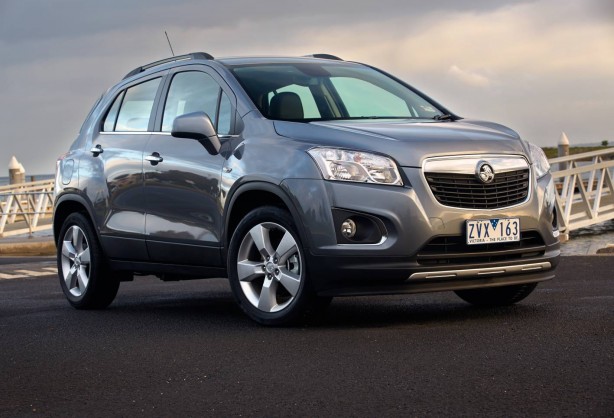 The compact SUV segment is one of the fastest growing segments in Australia and Holden has decided it’s about time to have a slice of the cake. Meet the new 2013 Holden Trax, a compact crossover designed to take on segment favourites – the Nissan Dualis and Mitsubishi ASX.

Offering the compact size of a family hatchback and the raised driving position of a SUV, the crossover combines practicality and versatility, a concept that has proven to be popular amongst young couples and small families.

The Holden Trax is available in two trims – the base LS and the upper spec LTZ. Both models are powered by a four-cylinder 1.8-litre petrol engine. Unlike some of its rivals, the Trax is only available in front-wheel-drive, making it strictly an urban SUV.

The Trax’s boxy and upright shape may not be very friendly but it does have a rugged look with some traces of Holden Volt in its design. The LS model gets 16-inch wheels as standard while the LTZ is equipped with larger 18-inch wheels with wider tyres.

Inside, there is a functional and well laid out dashboard, although personally, I am not a fan of the digital instrument cluster. There are loads of usable storage spaces around the cabin, including four cup holders and the clever two-tier compartments in the front doors. 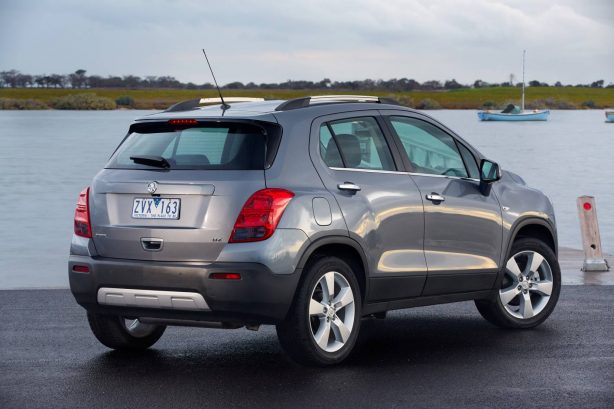 The front seats are comfortable but could do with a little more support. The back seats have room for two adults and a small child. On long journeys however, you will not appreciate the absence of a centre armrest.

Despite being a whole 240mm shorter in length compared to the Holden Cruze hatchback and slightly more compact than both the ASX and Dualis, the Trax’s interior headroom and legroom is surprisingly roomy. However, the shorter dimension has taken a toll on boot space. Its 356-litres of cargo space is small in comparison to its rivals. With the rear seats folded, the space stretches to 785-litres.

The Holden Trax features the same 1.8-litre petrol engine found in the Cruze, which develops 103 kW @ 6300 rpm and 175 Nm @ 3800 rpm. Despite the numbers looking reasonably okay on paper, the four-pot feels weak in the real world and needs to be worked quite hard. It sounds harsh too across the rev range. The more torquey 1.4-litre turbo from the Cruze iTi would be a better fit for the Trax, which unfortunately is not available.

The Trax is offered with either a six-speed automatic or a five-speed manual. While the automatic is smooth and relatively quick, the manual feels outdated with one less cog in comparison to today’s norms. In spite of this, I find myself reaching for the keys to the manual Trax more than the automatic, as the weak engine feels less bogged down when paired with the manual gearbox. 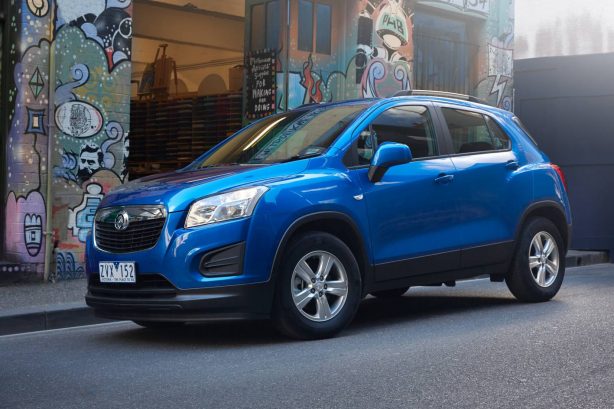 Take the weakest part of the whole package, which is the engine, out of the equation, the Trax is a competent handler. Its suspension setup is well balanced between comfort and handling, and its steering is accurate and responsive. There is also automatic hill descent control to tackle those tricky situation.

Around town, the Trax’s compact dimension and good all-round visibility make it very easy to navigate and park. On the freeway, the ride is smooth and the cabin is well insulated from road noise but suffers from slight wind flutter.

The Trax feels solidly built and the overall interior fit and finish is good. Panel gaps are minuscule and well aligned with no noticeable rattles or squeaks around the cabin.

However, the interior materials feel cheap with extensive use of hard plastics. 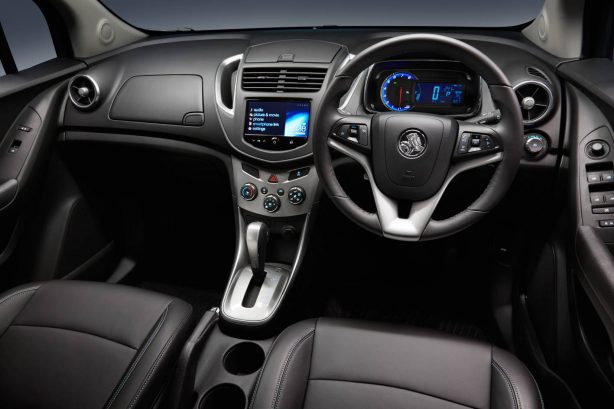 It didn’t come as a surprise to me that the Trax’s fuel consumption is higher than class average after a week of testing and the weak engine is to blame.

Due to the constant need to pile on the revs, the Trax could only managed an average of 9.6L/100km for both the automatic and manual with equal split of urban and freeway driving. The figure is way off the claimed 7.6L/100km (automatic).

Equipment levels are reasonably generous. The Trax LS comes standard with cruise control, dusk sensing headlamps, Bluetooth and iPod connectivity, and a 6-speaker CD/MP3/Radio audio system through a crisp 7-inch LCD. However, trip computer is only available in the LTZ model, which is something one would expect to be standard on all modern cars these days. In addition to that, the LTZ also gets leather appointed seats with heating and storage tray under the front passenger seat.

On the safety front, the Trax is equipped with 6 airbags, electronic stability control with anti-lock braking system and traction control. Rear parking sensors and rearview camera are also standard across the range.

Sharply priced, attractively styled and well equipped, the new 2013 Holden Trax is a good alternative in the saturated crossover market. However, it is let down by the outdated engine and higher than expected fuel consumption.