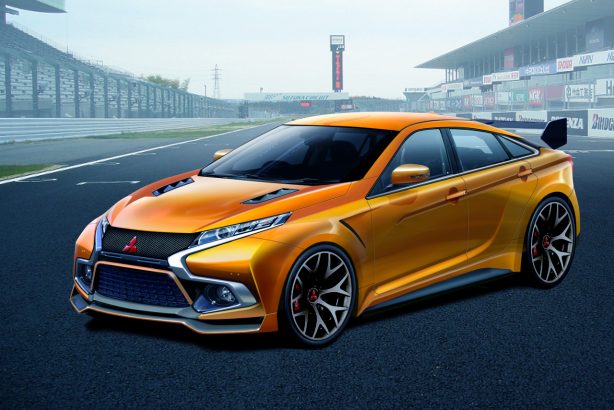 While we already know Mitsubishi would not be building a new Lancer Evolution after this generation, that doesn’t stop creative minds from coming up with all sorts of interpretation of the next-generation Evo XI.

And here’s one example from Japanese publication clicccar. A major departure from all previous generations of Evo, clicccar’s rendering uses a coupe body as a base, with styling elements adopted from various Mitsubishi concepts including the eX Concept and XR-PHEV Concept.

The front fascia is dominated by Mitsubishi’s “dynamic shield” grille design now seen across the company’s new offerings. Appropriately, there’s no shortage of vents and scoops, complemented with bulging wheel arches and more importantly, a towering rear spoiler. Large wheels pushed out to the corners complete the aggressive look.

Mitsubishi sent off the cult sports car with the introduction of the Evolution Final Edition in 2015, but the nameplate may make a comeback, as confirmed by our previous report. Clicccar goes on to suggest that the next Evo will be powered by a new 2.0-litre turbocharged engine supplemented by an electric motor forming sort of sports hybrid drivetrain.