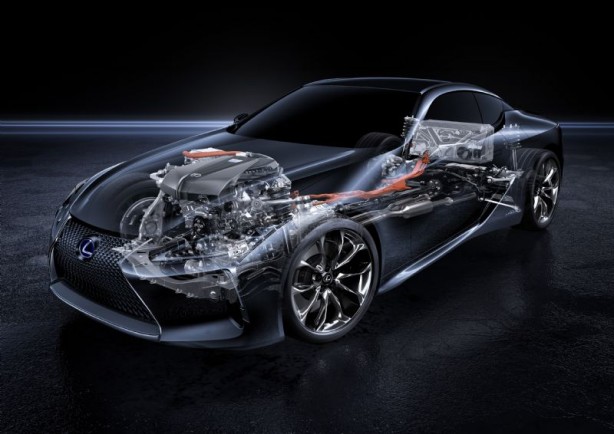 Lexus has revealed further detail via a new video content on how its new Multi Stage Hybrid System will deliver enhanced driving pleasure when it debuts on the new LC 500h flagship coupe in 2017.

The next generation sports hybrid system was first announced last month when the LC 500h was unveiled in the lead-up to the 2016 Geneva Motor Show.

It combines elements of a traditional full hybrid powertrain – including 3.5-litre V6 petrol engine, electric motor and lithium-ion battery pack – to a four-speed automatic gearbox mounted at the rear of the hybrid transmission.

The new drivetrain is also capable of breaking traction, so for the first time you’ll be able to smoke the rear tyres of a Lexus hybrid.

The all-new LC 500h hybrid and V8-powered LC 500, both of which are underpinned by Lexus’ new Global Architecture Luxury (GA-L) platform, will launch in Australia next year, with specific timing of arrival and local specification to be announced at a later date.