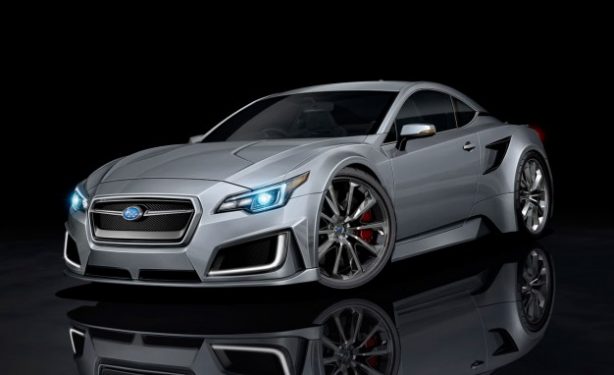 The BRZ may be the only sports coupe in Subaru’s current line up, but that may soon change as a new flagship sports coupe is speculated to be in the works.

A source close to Subaru recently told U.S. automotive publication Car and Driver that Subaru is testing a new prototype at the company’s Tochigi proving ground in Japan.

The new setup essentially produces an all-wheel-drive system with torque vectoring at the front axle using the electric motor in each wheel, a bit like the hybrid system in the new Honda NSX. The report also says that the hybrid all-wheel-drive system is the most advanced Subaru has ever attempted. The car will employ Subaru’s just-announced Global Platform, a new chassis that is set to underpin all of the company’s next-generation vehicles.

According to the source, a likely candidate for the mid-mounted powerplant is the Japan-market 1.6-litre turbocharged engine. Paired with the two electric motors, combined system output is expected to be in the region of 246kW.

While it’s still early days, we can expect Subaru to bring out a concept version of the mid-engine sports car in the not too distance future to gauge public interest, before deciding on production.

Rendering via Car and Driver