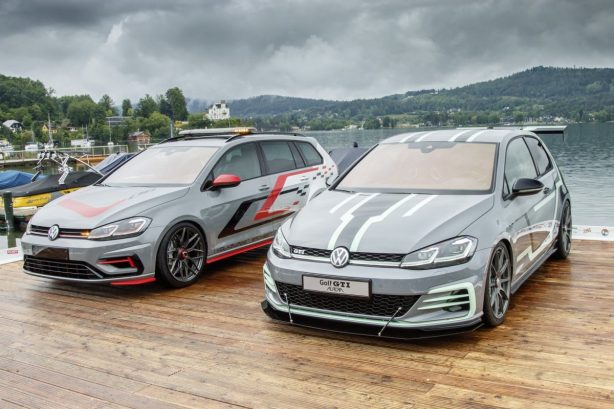 It’s that time of the year again where everything GTI descends upon Wörthersee. This year, Volkswagen’s team of apprentices brought two Golf concepts called the GTI Aurora and Estate FighteR, both featuring tweak styling and a massive boost in power.

The Golf GTI Aurora comes with a pumped up 2.0-litre petrol engine generating a monstrous 279kW channeled to the front wheels via a seven-speed dual-clutch transmission. It is finished in a Audi-esque Nardo Gray paint job complemented by Deep Black Pearl Effect and Mint Green accents. Volkswagen says all the decorative elements were hand-painted.

The two-seater also features additional displays in the modified centre console that give drivers access to a number of engine and vehicle data. A tablet on the passenger side provides access to this information as well as controlling the powerful 3,500-watt sound system. 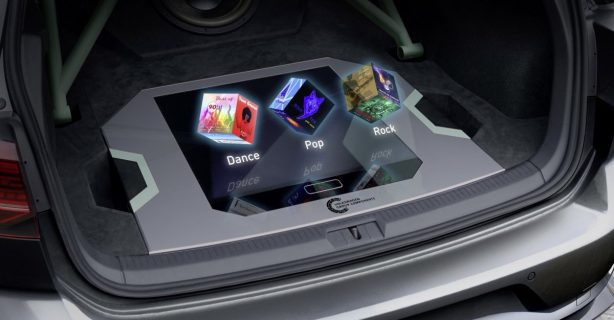 As you can see from the photo above, an interactive holographic module in the boot can be used to control the music.

The other one-off is the track focused Golf Estate R 4Motion FighteR that has been massaged to churn out 295kW from its TSI engine – 73kW more than the stock model, and a match to the Golf R400 that never materialised. It continues to drive all four wheels via a 7-speed DSG.

Unlike the Golf GTI Aurora, the R FighteR is 60mm wider than the standard model. It is equipped with a rooftop light system and strobe lights in the grille to help it fulfill its new role as a safety car at different racing events on the Sachsenring track. 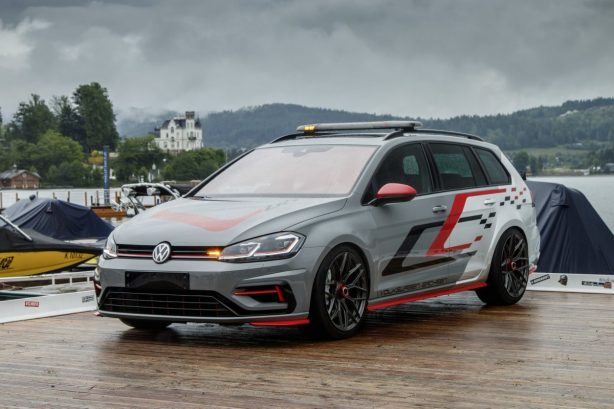 Also finished in Nardo Gray with Crystal Silver, Misano Red and Piano Black accents, the fast wagon features a 360-degree camera on the roof which has been used to record a fast lap on the Sachsenring that spectators can view at the VW stand using VR glasses.

Inside, the car gains a full leather interior with Alcantara and red stitching, bucket seats, along with a premium sound system.