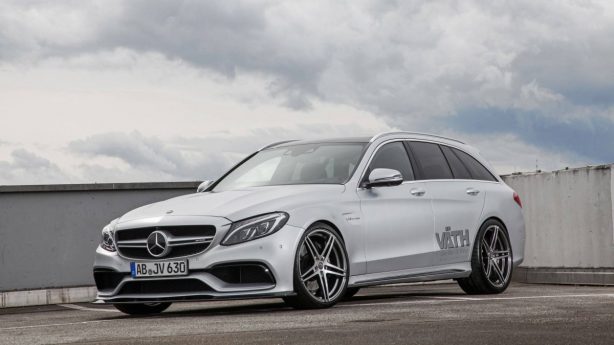 It may look like a regular Mercedes-AMG C63 wagon with a set of aftermarket wheels but looks can be deceiving in the world of tuning for this C63 implanted with VÄTH’s V63RS tuning kit is capable of pumping out a monstrous 513kW of power and a stout 900Nm of torque!

With an additional 138kW and 200Nm of torque, the high-performance hauler will blast from 0-100km/h in a mere 3.3 seconds, making it substantially quicker than the regular C63 S Wagon’s 4.1 seconds. 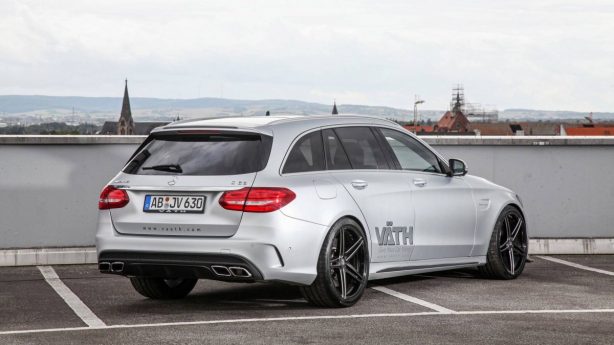 To match the scintillating performance which can be had at €12,800, VÄTH has also upgraded the car’s soundtrack via a custom exhaust system for €3,440. Customers can also specify a set of suspension lowering kit, upgraded brakes and 20-inch alloy wheels shot with Continental tyres for €3,050. 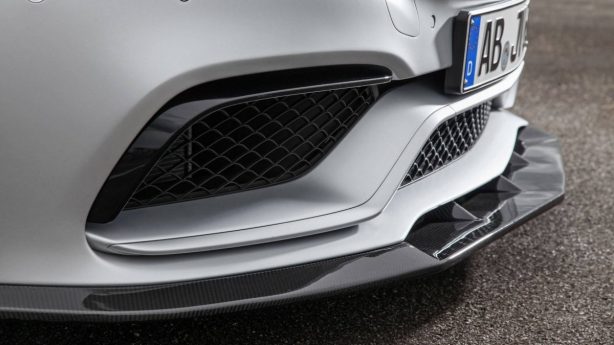 Those wanting a more aggressive look can specify the VÄTH carbon package for €1,980 which adds a front spoiler to improve aerodynamics, a rear diffuser and a roof mounted lip spoiler.

Inside, the only modification comes in the form of a set of new floor mats and a speedometer that has been dialled up to 360km/h to reflect the C63’s new found capabilities, although the latter will cost an additional €2,130.