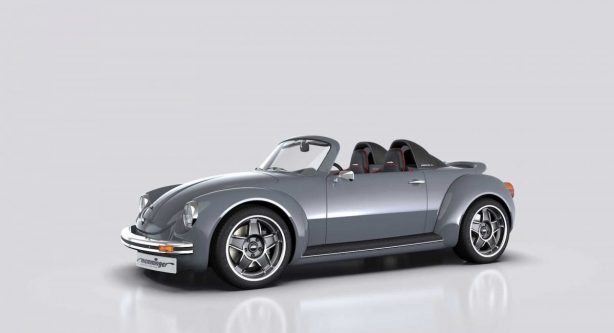 The demise of the current-generation Volkswagen Beetle may have brought a few tears to fashionistas and hairdressers alike, but it is the original air-cooled, rear-engined Beetle that still tucks at the heartstrings of purists.

Hearing their prayers, Memminger has produced what is arguably a Beetle that is even better than the original. 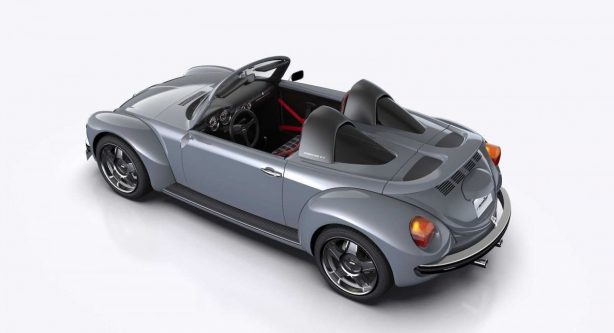 The Memminger Roadster 2.7 uses a modified original VW Beetle chassis to accommodate a 2.7-litre, air-cooled boxer four-cylinder engine in a rear-midship position. It produces 157kW and 247Nm of torque and drives the rear wheels via a five-speed manual gearbox.

While no acceleration time have been provided, with just 800kg to motivate, the Roadster wouldn’t be slow. It has a top speed in excess of 200km/h. 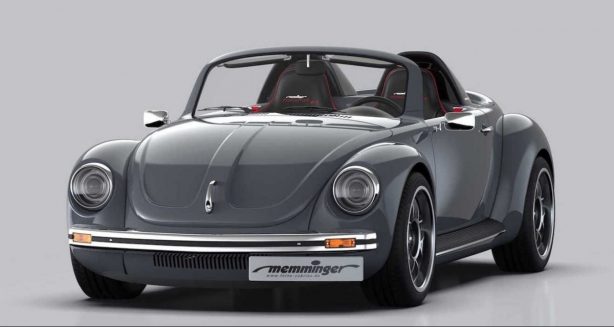 The repositioning of the engine also means the Roadster is strictly a two-seater. The bespoke Beetle also features a set of 18-inch wheel wrapped in 225/45 tyres in front, and 255/40 at the back behind which hide discs measuring 278mm and 262mm, respectively from an unspecified air-cooled Porsche.

The car is made from tubular steel framework welded to the Beetle chassis, and wears body panels which give the Roadster a lower and wider stance than the ‘70s Beetle. There are hints of 911 Speedster in its looks, too, thanks to the chopped front windscreen and roll hoops which blend into a pair of air intakes on the rear deck. 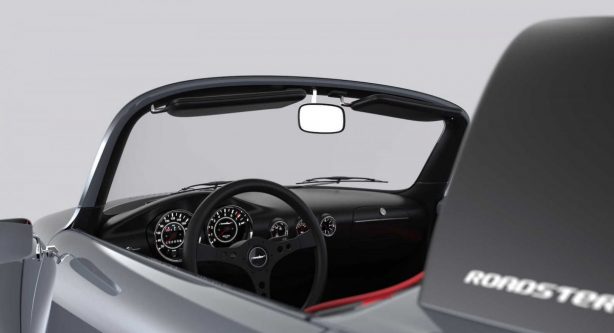 Inside, the dashboard has been modernized with a pair of crisp instruments, but retain the retro look with analogue dials for temperature, oil pressure and clock. The thin-rimmed, three-spoke steering wheel and a pair of tartan-finished bucket seats tops off the retro theme.

No pricing has been announced, but Memminger intends to build up to 20 units of the Roadster 2.7.