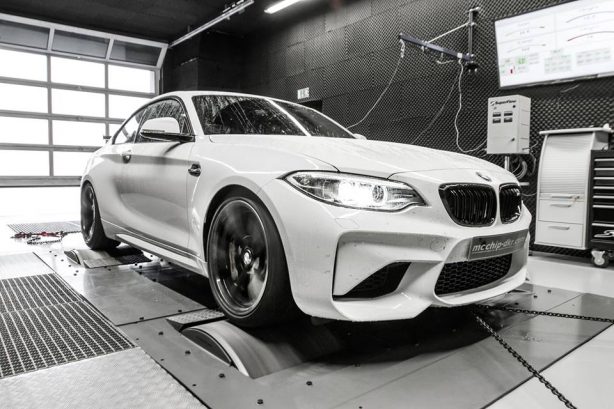 From the factory the turbocharged 3.0-litre straight-six engine produces 272kW and 465Nm. The Mcchip-DKR treatment sees the in-line six getting a larger turbocharger for more boost and new ECU mapping. Coupled with custom downpipes and a high-flow 200-cell catalytic converter, the tweaked M2 develops a potent 332kW and 600Nm, making the M2 more powerful than the M4. 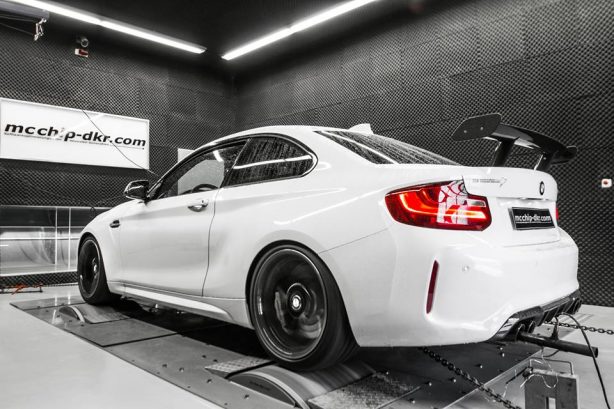 If that’s still not enough, the tuner is also offering a larger intercooler which can lift power up to a fire-breathing 335kW and 690Nm. While Mcchip-DKR has not disclosed acceleration times, expect 0-100km/h time for the upgraded M2 to dive below the 4.0-second mark.

The M2 performance upgrade package costs 8,090 euros and is available for both the M2 and M2 Pure.