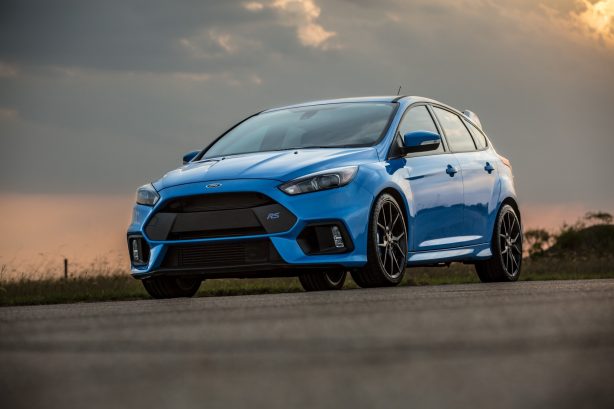 The Ford Focus RS’ 257kW of power and 440Nm of torque are apparently not enough for the folks at Hennessey Performance, who have developed a power upgrade package for the hot hatch.

Called the HPE400, the package consists of a remapped engine control unit, a high-flow air filter, and a stainless steel exhaust system to add more crackers to soundtrack.

The upgrades boost power output of the 2.3-litre turbocharged four-cylinder engine to an impressive 302kW (405hp) and 576Nm (425 lb-ft). Paired to a six-speed manual gearbox and all-wheel drive, the Focus RS sprints to 100km/h in 4.7 seconds in factory form. Hennessey has not released official 0-100km/h figure but with the added performance, expect the time to come down to around the 4.5 second mark. 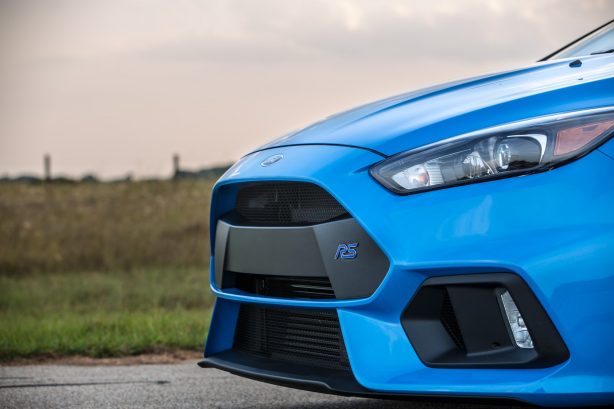 The tuner has left the exterior intact except for splashes of Hennessey and HPE400 exterior badges which subtly convey this is not your usual Focus RS. Under the bonnet, a Powered by Hennessey badge is also proudly displayed.

The power obsession isn’t going to stop here, though, as Hennessey Performance plans build up on this upgrade and offer a larger intercooler, a bigger turbo, new wheels and strengthened driveline to the Focus RS in the future. Watch this space.