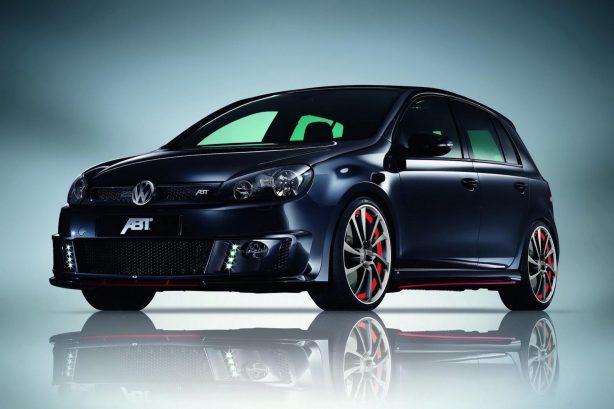 German tuner, ABT Sportline, is giving the Mk VI Volkswagen Golf GTI a final upgrade before bidding it farewell last next year.

Shown at the 2012 Essen Motor Show, the first stage kit for the ABT Volkswagen Golf GTI Last Edition consists of an ECU flash that releases an extra 36kW of power from the 2.0-litre turbocharged engine, bringing it from 155kW (208hp) to 191kW (256hp). The Stage 2 kit adds a turbocharger to unleash a further 37kW, for an ultimate 228kW (306hp). 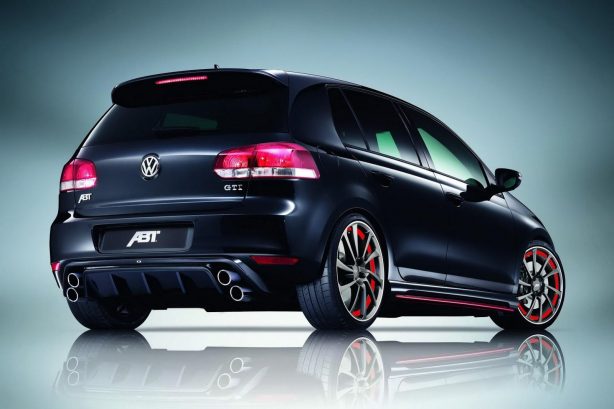 To improve handling, ABT has also developed a sports suspension that lowers the Golf GTI’s ride height by one inch (25mm), while the Stage2 equipped cars also sport a new braking system with 345mm discs.

To match the grunt, ABT has an aerodynamic body kit that includes a more muscular front bumper, red-coded lip spoiler and side skirts, and a Lexus IS-F-style four-pipe exhaust system. Finally, the ABT Golf GTI Last Edition rolls on a set of new alloy wheels. 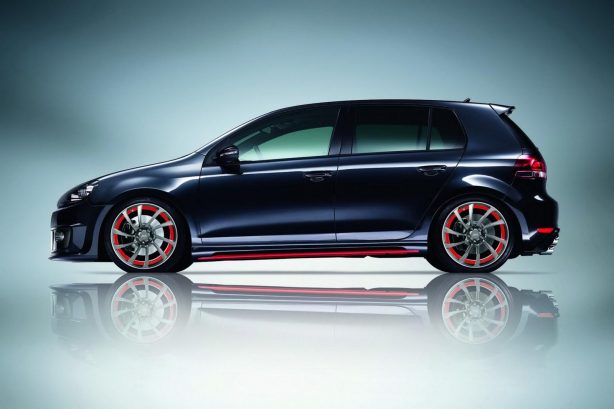 The tuner hasn’t released pricing information on this upgrade but did mention that it will come at “special” prices. Not sure about the red splash decals on the show car though.