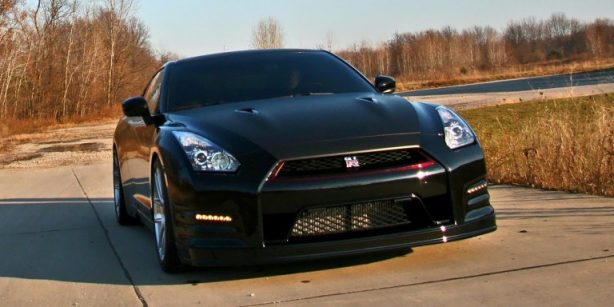 545 horsepower, twin-turbo 3.8-litre V6, 0-100km/h in 2.8 seconds and a top speed of over 300km/h. The Nissan GT-R is undeniably fast straight out of the factory. However, if that’s still not enough to tinkle your excitement, you can have the “Ultimate Street Edition GT-R” from tuning house Switzer Performance.

For a hefty $88,990, Switzer will completely rebuild the factory VR38DETT engine block and the six-speed twin-clutch transmission with a host of performance parts including larger turbos, new engine mapping and strengthening rods. The result is double the amount of power from standard, pushing the GT-R to over 1,000 horsepower.

What does that mean? 0-100 km/h in the low 2 seconds and a 9-second flat 1/4 mile time. All these while remaining fully street usable.

To handle the massive power, the Switzer GT-R also gets a set of lowering sports suspension and lightweight “Switzer Signature series” wheels.

Earlier this year, Oberlin, Ohio-based tuning firm Switzer Performance moved from its 4500 sq. ft. garage to a sprawling, 105,000 sq. ft. complex. The move has allowed Switzer to expand its existing tuning operations – but a huge expansion like Switzer’s will always be about something more than simple expansion.

“We took a small performance garage and turned it into a supercar factory. That’s the simplest way to put it, but we really changed everything about the way the shop operates. We have a section of the shop now that focuses on complete, ‘turnkey’ converted cars,”

“The Ultimate Street Edition GTR is that team’s focus.”

Switzer’s Ultimate Street Edition (USE) GTR starts off as a 545 hp R35 GTR fresh from Nissan, which – on its own – is a pretty capable sportscar. Switzer then removes the engine, transmission, and more before upgrading and re-engineering virtually every aspect of the car’s performance. The horsepower output of the Switzer-balanced and blueprinted 3.8L twin-turbo V6 engine is nearly doubled to over 1000 hp, the transmission is fully rebuilt and strengthened, the suspension is slightly lowered for more neutral handling, while the lightweight “Switzer Signature series” wheels reduce unsprung weight. “The car even rides nicer than stock.”

The end result is a GTR with staggering performance: 0-60 times in the 2 second range, a top speed well in excess of 200 mph (in under a mile!), and 9-second 1/4 mile times means that the Ultimate Street Edition GTR can out-accelerate virtually anything on the road. It really is “the best thing in the world“.

The new facility is currently busy producing a number turnkey Switzer USE GTRs, with plans to raise that number to several cars per month as production scales up.

“We’ve been steadily expanding over the last few months, so our capacity is increasing over time,”

“If you expand too fast, the level of fit and finish goes down. The care that these guys take to build these cars, all of that is important to maintain. We built the brand and our reputation on quality and reliability and the confidence to stand behind our product. I’ve never strayed from that, and I have no intention of doing so, and that’s what our customers – the majority of them are repeat customers – come to us for.”

Fully built Switzer Ultimate Street Edition GTR Nissans are available at select dealers, and carry an $88,990 premium over the GTR’s base sticker price, with custom touches (like the custom paint scheme and “j-hook” brake rotors shown here) adding to that number. For that price, though, you get a world-beating supercar that can run down anything this side of a MotoGP bike or Formula 1 racecar, as well as a 2-year warranty from Switzer. For more information, or a dealer near you, contact Switzer Performance.

The upcoming Nissan 400Z was teased in a recent Nissan Next corporate video (below), offering …