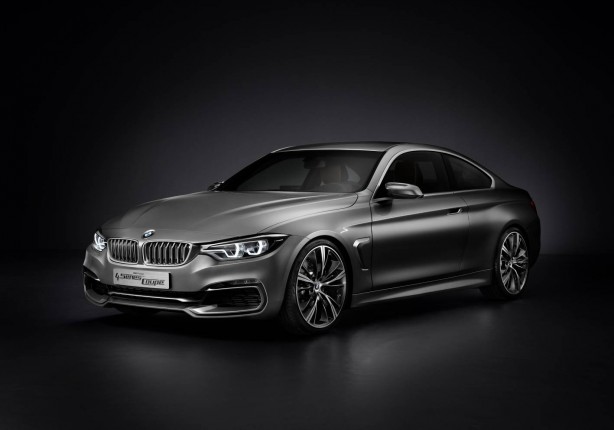 What you see here is a thinly disguised BMW 4-Series, which is the new moniker for the coupé/convertible versions of the F30 3-Series. It marks the start of a series of “even-numbered” sporty BMWs, much like the 6-Series coupé/convertible is to the 5-series.

The 4-Series Concept sports a more streamlined headlamp, with the inner “angel-eye” now extending to meet the grille. It also has a large aggressive front lower air intake. Whether this will make it to production remains to be seen. 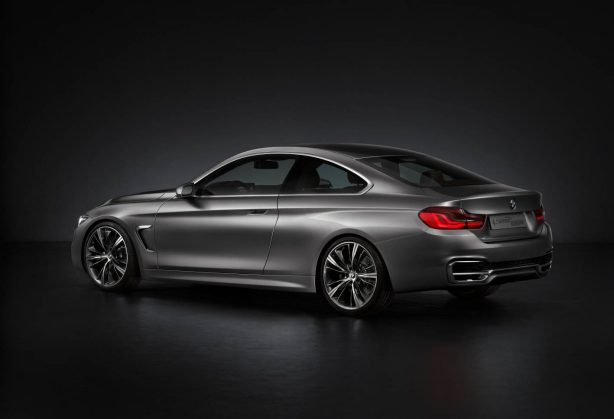 Compared to the current 3-Series Coupé/Convertible, the 4-Series Concept is larger in every direction. Its wheelbase has been stretched by up to 50mm, while front and rear tracks are also wider by 45mm and 80mm respectively. The height of its roof has also been reduced by 16mm. The overall result is a lower and flatter stance, with a dynamic profile.

The concept also wears a distinctive slit vent on the front guards just behind the front wheels. Again, it isn’t clear whether this design feature will make it onto the production car. The show car is shot with 20-inch wheels that are likely to be an option. At the back, the rear bumper echoes the design cues of the front with integrated exhaust pipes. 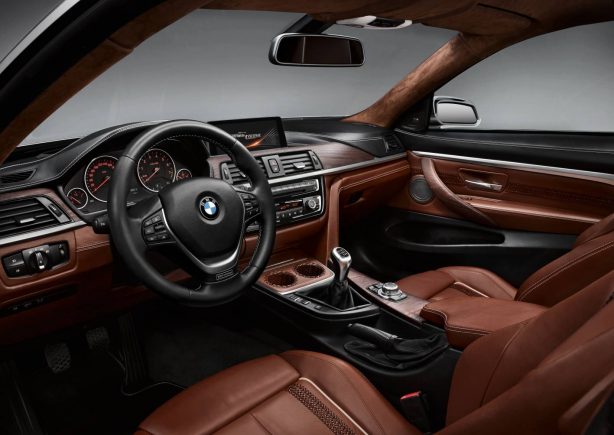 In the cockpit, the driver centric dashboard is adorned with beautiful wood trimmings, Black and Schiaparelli Brown leather with bold stitching, and all the mod cons of donated by the 3-series. The cabin’s headlining and pillars are drapped in suade that are soft to the touch.

The concept will make its public debut at the 2013 North American International Auto Show in Detroit next month. The production car is expected to hit showrooms in late 2013.