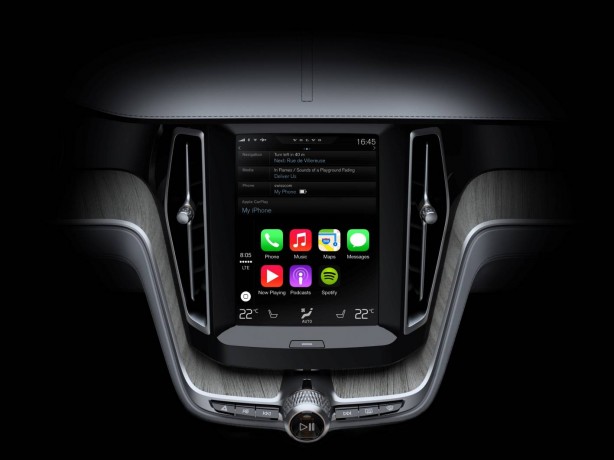 The alliance promises to transform the in-car experience. Called Apple CarPlay, the new service brings all the features and services familiar to iPad, iPhone or iPod users directly into the car via Volvo Cars’ large centre console touch screen display.

Volvo Cars enhances Apple’s capabilities by linking them to a specially-developed interface that allows drivers to use voice and steering wheel controls to access Apple features and services, ensuring the entire interaction is always safe and easy to use. 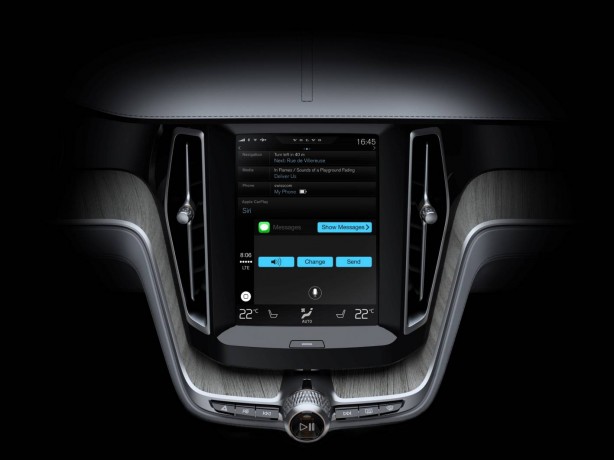 The interaction between Apple’s operating system and Volvo Cars’ newly-designed in-car software and interface promise to transform the look and feel of a car’s interior. Volvo Cars’ interiors will be characterised by their simplicity and functionality, two qualities that unite both Volvo Cars and Apple.

“Apple’s clean and intuitive user interface is a perfect match with Volvo’s Scandinavian Design approach and our focus on fluid functionality,” says Håkan Samuelsson, President and CEO of Volvo Cars.

The first car to offer Apple CarPlay will be the All-New XC90 SUV which will be introduced later in 2014, replacing the original XC90, which redefined the SUV and became the best-selling model in Volvo Cars’ history. 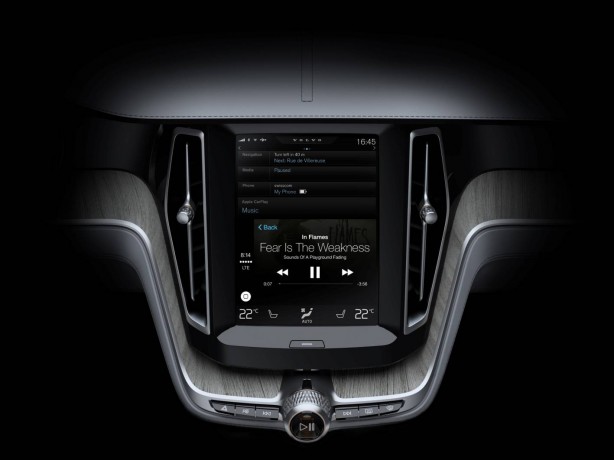 Volvo Cars’ portrait screen gives users the benefit of having both Volvo Cars and Apple content co-existing simultaneously, removing the need to switch between a dedicated car and iPhone screen.

“iPhone users will feel completely at home in a new Volvo. We have created a wholly-integrated user experience in our large portrait-oriented touch screen that takes the in-car mobile device experience to a new level. That, coupled with the obvious driver safety benefits of an advanced voice control system like Siri, made Apple a perfect match for Volvo,” says Håkan Samuelsson.