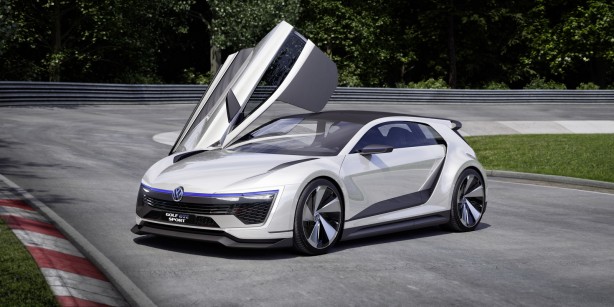 Volkswagen has presented one of the sexiest hybrid concepts at the Frankfurt Motor Show with the Golf GTE Sport Concept.

For those of you who remember the Volkswagen Design Vision GTI that made its debut two years ago at the Wörthersee gathering in Austria, the Golf GTE Sport Concept appears to be a sexier evolution of that concept and is designed to preview a potential future plug-in hybrid powertrain for the illustrious Golf GTI. 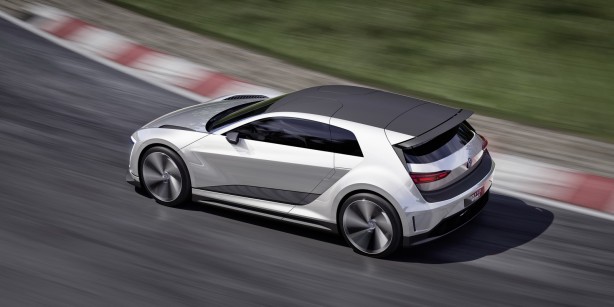 The concept’s seductive body is largely made out of carbon, with the aero kit coming straight from motorsport applications. Underneath the lightweight body are no less than three motors that provide a combined output of 294kW and 670Nm of torque, sending the GTE Sport Concept from 0-100km/h in just 4.3 seconds before hitting a top speed of 280km/h.

The hybrid powertrain is consist of a 220kW 1.6-litre TSI turbocharged four pinched from the Polor R WRC racer working together with two 85kW electric motors. Power is channelled to all four wheels via a six-speed dual-clutch transmission. Volkswagen says the car can propel itself on electric power only for up to 50km and has a claimed fuel efficiency of 2.0L/100km.

Inside, the equally futuristic cockpit sits only two, with driver and passenger ensconce in a pair of race bucket seats. 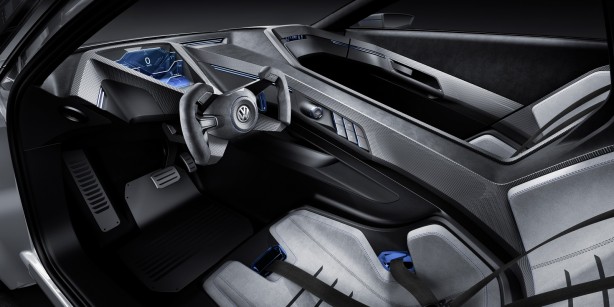 Sadly, the Golf GTE Sport Concept will likely remain just that. A concept. But don’t be surprised a Golf GTI in the future to be powered by a hybrid motor.